Following a successful few years, a new cocktail range has launched that's in part influenced by Milroy's of Soho, next door.

The welcome The staff are knowledgeable, confident and relaxed, though London's bao bun craze sadly has waiters offering those before everything else on the menu.

The space: Bó Drake has an expensive, flashy interior with the likes of polished concrete, but look again and the plain wooden tables and rough finishes are clearly influenced by the street kitchens of Asia, where loud flavours are enjoyed in humble surroundings all day long.

A plush table-top bar with high stools is a drop of modern day London in the mix.

The food and drink: A prosaic menu of 'meat' 'fish' and 'vegetables' won't take you much time to circumnavigate, but that's a good thing at a restaurant that's survived its first two years in Soho without closing.

Go for the classic KFC (Korean fried chicken), playfully served in a big shareable pile. The soy garlic glaze leaves a waxy finish, to prolong the goodness and challenge expectations. 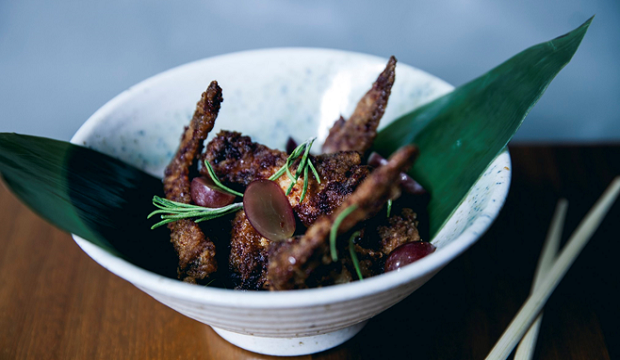 Other than the KFC, dishes are generally light and shareable. Their yellow tail sashimi is an exemplary modern Asian dish, bedded on sprightly pickled vegetables to add character. A sticky and slow-moving yuzu paste is a surprising third act for the dish.

We swerved typical (but time-approved) dishes like pork belly sliders and beef tartare for the daily special: smoked eel rolls with spring onion, shredded greens and a garlic sauce. The prize breakfast dish at Veneta is also eel , and its tofu-like texture and smoky flavour punch is something watch out for more of in 2017.

Mains of wagyu beef and a medium rare duck portioned to share with Asian decorative flourishes are case studies in fine meat; the wagyu marbled and robust, the duck more melt-in-mouth than ever due to its rare centre.

New cocktails At Bó Drake, the pioneering of new flavours extends to the cocktail list, which has just been redeveloped.

Before the newbies, try menu classic Dr Jekyll & Hyde. As strange as the novel, and served in a clear glass litre bottle, the aromatic whiskey, plum vine and vermouth concoction is bettered by the spiralling theatrics of steam trapped inside the bottle, which evaporates into the mix (leave the bottle unopened for 5 minutes before you uncork it). 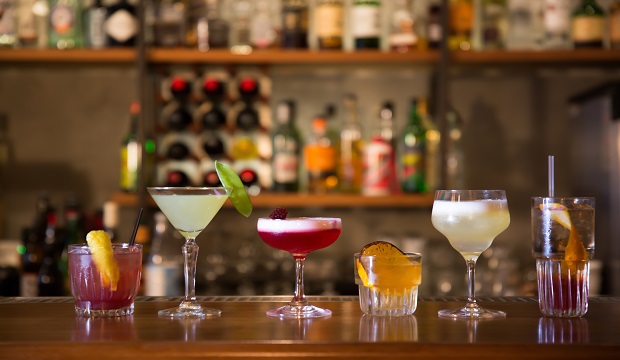 The new cocktail line up at Bó Drake

Served in a martini glass, the Zest & Bubble is a new lighter aperitif, with grain-sourced Chinese wine, a fortified French aperitif, and Sureau, an elderflower reduction that colours the taste of the overiding prosecco. It's a gentle alternative to one of the menu's whiskies, if you don't like the hard stuff but still have a pang for complexity.

The Peas & Love is a sheer joy. Humble and sensational, it kicks distinctly of fresh sugar snap peas. Then Prunelle - a sweet French liqueur flavoured with sloes - marries with lemon to soften and sharpen equally.

The Chard Boiled arrives like an old fashioned, adapted with splinters of actual orange shaven on top to penetrate the tequila, bolstered by more orange from Creole Shrubb liquor, which mediates and balances.

Would we return? These key experimental cocktails are defined by unusual flavour combinations made by fine independent world spirits. And they're accessible enough to be introduced to the uninitiated.