Plucky modern twists on British dishes are the order of the day at Parabola, the Design Museum's new spot for ultimate cultural respite

The space: There is no question - the new Design Museum is surely a triumph. Go by day to get a peak at the museum, as you head to the restaurant on the second floor.

Sat down, there are views over Holland Park – but it's the view inside you'll have your eye on. The parabolic roof undulates and shapes the museum's inner atrium, creating a stirring and inimitable expanse of space.

It leaves the restaurant as a space for calm, cool reflection. Rows of modern tables and chairs, unchallenging by design, are in dark hues. Simply splendid cooking takes the place of interiors in here. 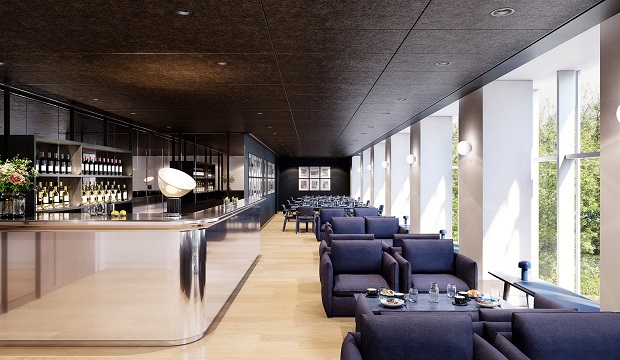 Food and drink: We'd all love to spend hours at the table, but Parabola's modern flare for food and drink recognises a need for (not quite speed, but) adaptability.

That's why you can order creamed woodland mushrooms on sourdough for £9.50, or a hot ribeye steak sandwich for slightly more, if you don't have long.

If you can't stay all day – or plainly aren't in the headspace to decipher a huge wine list having romped about the museum – then it's also good news that wines are described as 'world renowned', 'special' and 'unusual' to uncomplicate things.

Dishes all have unique stamps. Incomparable fare included a starter of beetroot and horseradish-cured salmon on soda bread, cured for two days and sat for two more on rocks. Salmon is best left alone - except for when it's paired with a sublime mixture of earth and spice, as in this dish. The bread gave a base to the complexity. 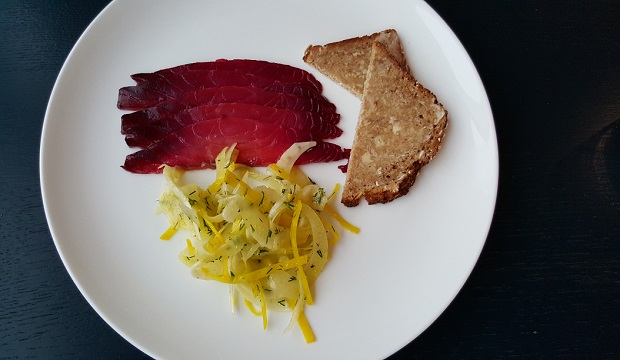 The menu has European and Middle Eastern influences, most obviously seen in an abundance of things like fennel, pearl barley and aubergine.

The fennel once came as an unnecessary component to the salmon, but was best used when it gave a fresh crunch to a main of sea bream with horseradish, a simple dish that spoke of the restaurant's obsession for sourcing high quality ingredients. We've never had sea bream feel elasticated, like its flesh could bounce back again, ready for another chew. 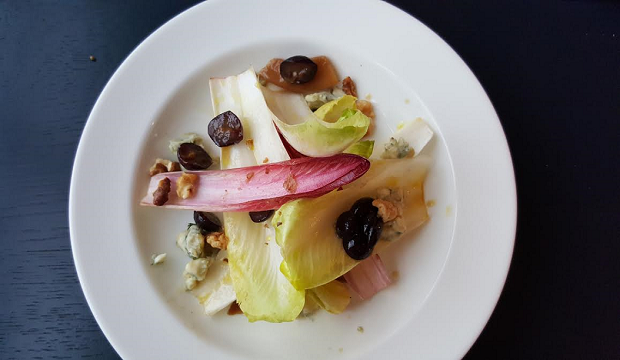 Vegetables, kept in Demijohns, have been thoughtfully pickled one at a time, and should be eaten in the same way to induce conversation.

For dessert, the steamed marmalade sponge had a wonderful tangy zest to offset the indulgent, weighty pud, with a light whipped custard. As mark of the tendency to keep dishes bold and interesting, the drunken fruits arrive enamoured by rum, but arrive with another shot anyway.

When would we return? Parabola's food, and its environment, does essentially feel made to compare and contrast with a trip to the Design Museum – so time will tell whether Parabola is enough of a destination in its own right, rather than a jolly good accompaniment to the museum.

But a current series of guest chefs in the evenings will certainly help build its name. Nevertheless, this is sell out-worthy food, and the accompanying queues tell us that much. We'd expect the rush to last.