Starring Kristen Stewart, Personal Shopper – Olivier Assayas' (Carlos, Clouds of Sils Maria) latest film – is all kinds of unsettling. We talk to the director himself 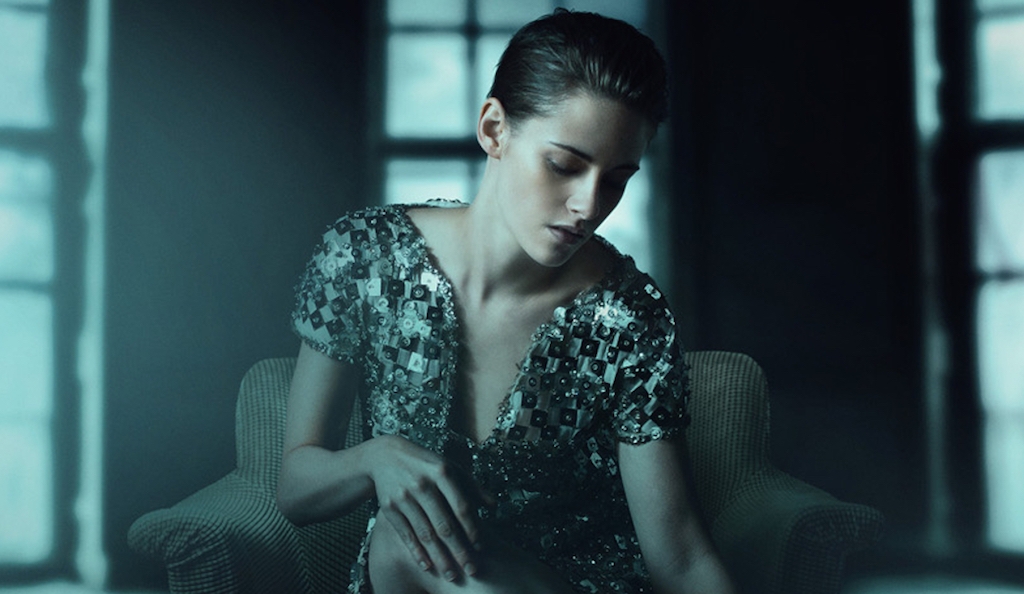 Some films give up all their secrets on a repeat viewing. Others can be resolved with a quick Google of ‘what happens at the end of’. Personal Shopper doesn’t surrender so easily. It remains just as baffling the second time around, and the Internet won’t have any clever-clogs theories until it goes on general release.

In Personal Shopper, Kristen Stewart (something of an art-house muse these days) is the assistant of a brattish It-girl in Paris, picking up expensive clothing and running errands. She’s also a spiritual medium trying to contact the ghost of her dead twin. The fact that Assayas somehow makes this believable and compelling is no surprise – we know how talented he is – but he’s also made it tantalisingly mysterious, leaving some pretty big question marks.

That’s why we have every intention of using extortion, if necessary. Yes – there’s a very real possibility that we’ll be arrested for threatening or blackmailing France’s foremost auteur. The PR ushering us into the interview room has no idea. Neither does Assayas, bless him.

Fortunately, the director – petite, dark-eyed, nice cardigan – is forthcoming under interrogation; unfortunately, he doesn’t seem to think his film is all that difficult to understand. What gives, Asssayas?

We’ve watched Personal Shopper twice, and we’re not any closer to figuring it out. Is this a reaction you get a lot?

Well, yes and no… In many ways it’s a fairly simple story.

Ultimately, it’s the story of a young woman coming of age, and coming to terms with reconstructing herself after losing her identical twin. And I suppose that the film kind of reproduces the complexities of the pain, and to deal with the confusion, with the reality and the non-reality where she finds herself.

I kind of blur the lines...

"When you try something different, people assume it’s because you don’t know how to do it right"

We noticed. The reaction has been polarized… Did you set out to make a divisive film?

No... But I’ve not tried to make anything consensual either. I don’t think that’s what art is about. What is exciting for me is trying to connect dots that have not been connected, wiring things that are not supposed to be wired together.

I grew up in the ’70s – my culture is basically ‘anything goes’. [Back then] people were grateful when you were experimenting, and I kind of stuck to the ethics of experimenting. I still function in a world where basically everyone is OK to go for the ride, as long as it doesn’t look like the establishment.

And now it’s the opposite, people are angry because you’re not doing it by the rules. ‘Why do you tell this story this way, it should be told that other way!’ When you try something different, they assume it’s because you don’t know how to do it right.

I know perfectly well how to do it ‘right’, except I find it boring. And so… I know I can get myself into trouble, let’s say that’s part of the fun.

Paul Verhoeven’s Elle looks like it’s trying to get into trouble. Do you think it’s good, or has it been overrated?

But I understand why, you know…

In a movie like Elle, the divisive element is built in. When they make that kind of film, they know people will feel aggressed. So, it’s part of the film, and in that case it’s pretty obvious that it’s also part of how one can enjoy it.

Because it’s very transgressive in terms of morals, I know a lot of people are going to feel hurt by the film. I can understand that.

"The thing about Kristen is she’s so real. She’s so ‘of today’, she’s so grounded"

Do you enjoy feeling provoked by films?

Yeah, I do. What I like about Elle is that it’s a mean film, in many ways, and I don’t think I make mean movies.

People are saying that Personal Shopper is the highlight of Kristen Stewart’s career. You’ve cast her before (in Clouds of Sils Maria). What draws you to her as an actress?

Even after we finished Clouds of Sils Maria there was something that was left up in the air in terms of our relationship, and we were not sure of how the other one felt about it.

I think that when I wrote the screenplay to Personal Shopper, I realised it was for Kristen. Consciously or unconsciously. I don’t think I would have written a story that is set in this kind of supernatural world, although that element has always been in my films in one way or another, if I had not in the back of my mind the actress who can make it real.

The thing about Kristen is she’s so real. She’s so ‘of today’, she’s so grounded. And so I knew I could try a lot of weird things because she would hold it together.


Do you have any particular interest in the fashion world in which Personal Shopper is partly set?

I live in Paris. It’s part of the culture. And when you have movies in Cannes [Film Festival], you get acquainted with that kind of world, those kinds of events.

In my specific case, my mother was a fashion designer, so it’s also something I grew up in. It’s not a world that’s alien to me. I knew I could represent it in fairly accurate ways, even if it’s just a background… And I show it for what it is, and for what my relationship to it is.

It kind of gave me a metaphor for the modern world, and our ambivalent relationship to the modern world. We hate its materialism, we hate its excesses, but at the same time we are drawn to it in weird ways, and we have to deal with that.

Back to the ending… Is there a clue you could give us, or is it really as simple as he says?

Honestly, it’s as simple as I say!

It’s not about not wanting to ‘explain this’ or ‘give this away’… I think that when you leave things open it’s also a way for the viewer to appropriate the material in his own way.

A huge influence on my work is David Hockney. And what I’ve learnt from him is this notion of switching perspective… This awareness that, if you want to represent the world, just don’t use one single focal point, but use a multiplicity of focal points.

I suppose my movies are like collage, or like cubist collage, and I suppose it’s a problem that some viewers can have because, in terms of narrative, we are so used to something that’s similar to monocular perspective in painting.

That said… Do you know what happens in the hotel room?*

No, I do not. I think it’s more fun to leave it open the way I do, as opposed to showing something that ultimately would be disappointing.