What to watch: Cannes 2016 highlights 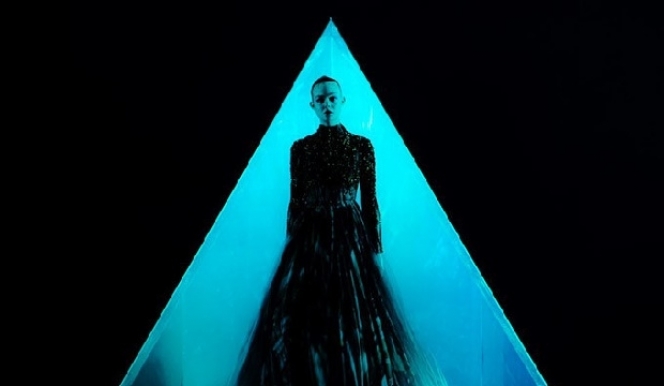 The Neon Demon, Photograph: Icon
It’s perhaps apt that this year’s Cannes Film Festival begins with a film about the very industry whose delegates will be gathered on the Riviera’s shimmering shores. Directed by Woody Allen, Café Society stars Jesse Eisenberg as an ingénue in ‘30s Hollywood, and if the trailer’s anything to go by, he’s got the makings of a great Allen protagonist. ‘Listen, I’m so lonely, I would have been happy just to talk,’ he quips to a would-be partner, ‘but now I’m even too tired for that.’ He’s joined on screen by Kristen Stewart, this being the duo’s third collaboration, in what looks set to be a lavish paean to a golden age.

But while Café Society might be the flagship film, it’s not actually competing for the festival’s big prize: the much-coveted Palme D’Or. So which films are?

You can see a full list of Palme D’Or contenders here, but if you’re looking for a digest, these are are our highlights.

This year’s list of nominees includes a lot of familiar names, many of whom have been in competition before. Ken Loach, the godfather of British realism returns from a truncated retirement with I, Daniel Blake, the story of a Newcastle steel joiner, forced for the first time to accept state benefits. He’s joined on the bill by fellow naturalists Jean-Pierre and Luc Dardenne whose La Fille Inconnue follows a doctor trying to uncover the truth about a young woman to whom she refused treatment.

Jim Jarmusch enjoys a similarly titanic reputation, although you’d be hard pushed to call him a naturalist. He’s a committed stylizer, with a love of noir and genre film. His entry Paterson follows a man (played by the ascendant Adam Driver) who’s such a wallflower that he literally shares his name with the small town he lives in. But while he might blend into his surroundings, his poetry doesn’t.

Other big name entries come from Pedro Almodovar, whose Julieta is a subtly rendered mother-daughter drama, and Oldboy-director Park Chan-Wook who’ll be showing The Handmaiden, a romance inspired by Sarah Waters’ novel Fingersmith. Then there’s Drive-director Thomas Winding-Refn’s The Neon Demon which boasts one of the festival’s best trailers: a nightmare vision of the LA fashion industry, with strong insinuations of the supernatural.

It’s reached the point where you could hardly call Xavier Dolan a newcomer, although relative to many on this list he probably qualifies. The so-called enfant terrible of Canadian cinema returns with It’s Just the End of the World, his most glitteringly cast film to date; Marion Cotillard, Léa Seydoux, and Vincent Cassell all star.

Un Certain Regard and out of competition

Running concurrently with the Palme D’Or, Un Certain Regard celebrates fresh and innovative filmmaking, often by young directors. We were slightly surprised to see Kore-eda Hirozaku included; such is the Japanese director’s stature, you’d expect him to be a Palme D’Or contender. In any case, we loved Our Little Sister, and have high hopes for After the Storm which is, we’re pleased to see, another family drama.

Also attracting attention is Matt Ross’ Captain Fantastic, the story of a family whose back-to-basics life in the woods is interrupted by a sudden tragedy that brings them into contact once more with the 21st Century. With Viggo Mortenson in the lead role, this looks like an offbeat drama in the Little Miss Sunshine mould.

Beyond the two competitions, big names abound. Jodie Foster’s Money Monster has serious blockbuster potential. A hostage-situation thriller starring George Clooney and Julia Roberts, need we say more? And mention of course has to be made of Steven Spielberg’s The BFG, starring Shakespearean stalwart Mark Rylance in the title role.