Spectacular new series: The Hollow Crown: War of the Roses

Starring Tom Sturridge, Sophie Okonedo, Judi Dench and Benedict Cumberbatch, The Hollow Crown series two is out this spring. We take a sneak peek at the first two episodes 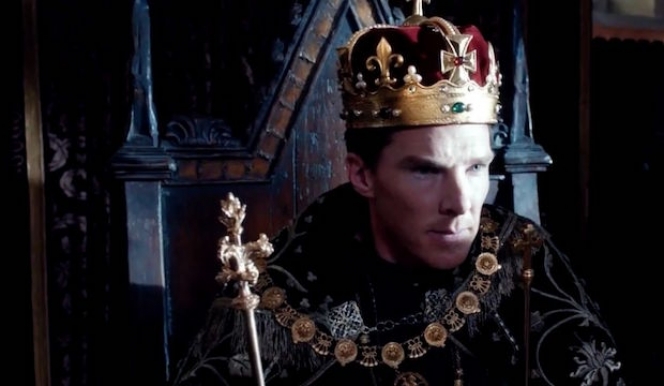 Benedict Cumberbatch, Hollow Crown: War of the Roses
Cast your mind back to 2012, to the sweltering heat of the Olympic summer. If you didn’t spend the warmer months glued to televised athletics, there’s a good chance that you caught The Hollow Crown, part of the BBC’s so-called Cultural Olympiad. A skilful adaptation of Shakespeare’s Henriad, with a cast list that reads like a who’s who of British acting talent ( Tom Hiddleston , Jeremy Irons and Ben Whishaw in the lead roles), we were hooked.

This spring, to coincide with Shakespeare’s 400th anniversary, The Hollow Crown returns to our screens. This time around, writer Ben Power and director Dominic Cook take on the bard’s first history tetralogy, a series dealing with the devastation that the War of the Roses wrought on court and country. It ends with one of Shakespeare’s best-loved plays but begins with one of his most maligned. To reach the heights of Richard III, first you must traverse the lowlands of Henry VI, Part I, or so the story goes.

But in Power’s capable hands, Henry VI, Part I, is pared down; its looser material hewed off, and its essential drama brought to the fore. Henry is a character unable to bend action to his will. At home, he is set upon by conspiring lords; by the insurrectionary Richard on one side, and by the underhand Somerset on the other. Meanwhile, abroad, the French are mounting a campaign to reclaim their conquered homeland.

If it’s not carefully managed, the whole play can feel like a confused mesh of intrigue and treachery, with an insipid king at its heart. Not so here. Tom Sturridge is near-perfect in the title role. His Henry is a man too sensitive to be a monarch, but charismatic enough to prove a compelling lead. The king never descends into uncomplicated cowardice; instead, he is a peace-lover, a compromiser, a man woefully out of step with the spirit of his age.

Credit, though, goes to the entire cast, and particularly to Sophie Okonedo and Ben Miles as Queen Margaret and Somerset, the adulterous duo whose designs on the throne pose constant threat to Henry’s kingship. Scheming megalomania is order of the day here, and the pair pull it off with great aplomb.

The Hollow Crown dispenses with made-to-order sets in favour of historic locations like Alnwick Castle. It’s a choice which pays dividends. In a post-Romeo + Juliet world, there’s little doubt that Shakespeare can work just as well on screen as it can on stage. Here, the freedom to move beyond the confines of a theatre brings authenticity and grandeur to proceedings. The period locations, their vaunted halls and wood-panelled antechambers, are the perfect setting for the bloodthirsty poeticism of Shakespeare’s early plays.

Episode two of The Hollow Crown: War of the Roses condenses Henry VI, Parts 2 & 3 into one feature, setting Henry’s fall alongside the rise of York, ushering in one of Shakespeare’s most iconic characters. Benedict Cumberbatch stars as Richard III and, without giving too much away or straying too far into overstatement, it’s one of the best performances we’ve seen him deliver.

So, after the runaway success of The Night Manager, The Hollow Crown is set to become our new televisual obsession. The exact release date is yet to be confirmed, but we can say that it’s due to arrive this spring.

The Hollow Crown airs this Saturday, 7 May.