This December, the group are bringing a selection of old favourites along with new material to the Southbank Centre’s Queen Elizabeth Hall. This world premiere of their new show promises to be the kind of uplifting entertainment we all crave in the run up to Christmas.

Dillie Keane, Adèle Anderson and Liza Pulman – aka Fascinating Aïda – are being joined by Michael Roulston on piano for this very special run, which has been directed by Paul Foster.

Book soon for the chance to sing along to the likes of ‘Cheap Flights’, and be among the first to hear the band’s new gems. 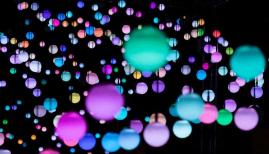 Seven highlights to catch in South Bank this winter