An immersive light installation by Squidsoup comes to the Southbank

This piece sees a continuation of Squidsoup's dazzling experiments. 200 orbs fitted with speakers, LEDs, and movement sensors will be suspended from the ceiling of the Queen Elizabeth Hall Foyer. In this immersive artwork, the orbs can function individually or in conjunction with one another, sending waves of light and sound through different spaces of the room. The audio-visual installation features delicate vocals from Scottish singer Emma Gillespie, whose voice resonates among the glowing orbs. 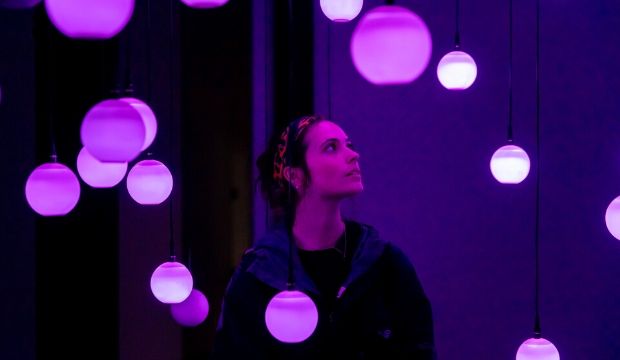 Squidsoup is known for exploring the interaction between physical and virtual spaces and has been exhibited in sites all over the world, from the Tate Britain to the Sydney Opera House, and in festivals such as Glastonbury and Burning Man. At Canary Wharf's Winter Lights Festival last year, their installation Submergence consisting of thousands of little orbs in suspension, and will return again in January.