A moody, folky take on Emily Brontë’s Wuthering Heights comes to the National’s Lyttelton Theatre in the hands of Emma Rice’s Wise Children

This marks the first time Rice’s Wise Children has adapted a story channelling more dark than light. The Bristol-based company’s previous productions, including Bagdad Cafe and the eponymous Wise Children, have been built on a crowd-pleasing formula of song-fuelled razzmatazz and an uplifting celebration of togetherness. 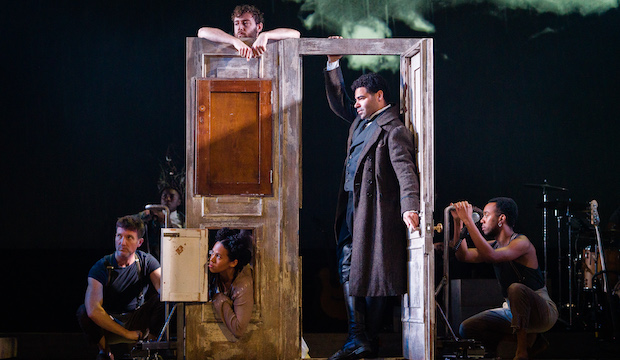 Wuthering Heights is in no short supply of songs, but the company's signature sparkle has been replaced by an appropriately moody and shifting sky – the centrepiece of the set – conjured via a back-wall projection by designers Vicki Mortimer (The Normal Heart, Follies) and Simon Baker (Romantics Anonymous). Beyond this, Mortimer’s set design is stripped back and simple: agile props – doors, windows and chairs – are wheeled on and off to move the action between the rugged moorland and the homes of the Earnshaws and Lintons, or to confine the story’s ill-fated women.

While the Earnshaws’ unhappiness is palpable, Rice skims over the more compelling early years of Cathy and Heathcliff's relationship, seemingly to languish in the more hopeful company of the younger generation. Sure, we witness the cycle of hatred come full circle, but too few interactions between the story’s star-crossed, would-be lovers leave us struggling to grasp their pain. 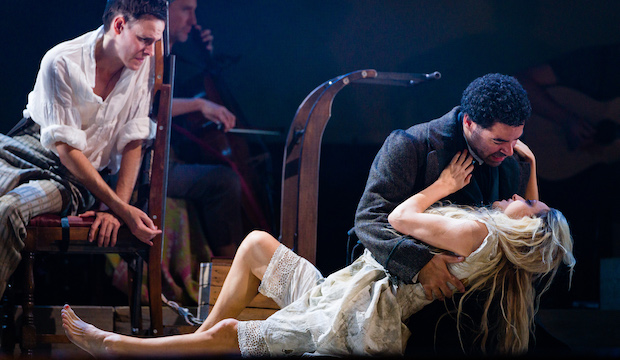 Still, Lucy McCormick as Cathy and Ash Hunter as Heathcliff are engrossing leads who embody the essence of their characters. McCormick’s wild-eyed gaze and haunting screams juxtapose with Hunter’s demure rage. The pair’s otherworldly bond is shown, rather than spoken, with the two affectionately squaring up to one another as if drawn together magnetically.

Heathcliff’s racial identity is fittingly explored. The orphan found in the Liverpool docks wishes out loud for fairer skin and straight hair, hinting it’s his darker colouring as well as his parentage that sets him apart from the Earnshaw children. 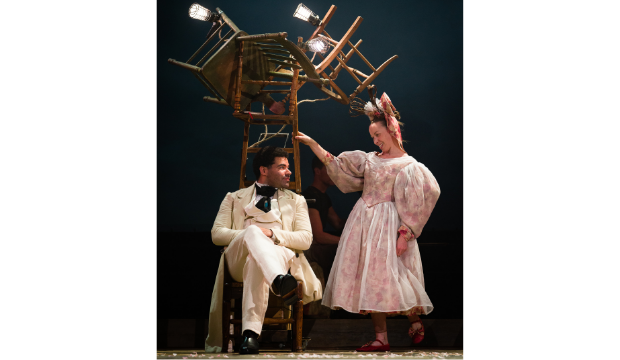 Katy Owen, a firecracker of a performer and Wise Children’s trump card, brings light and humour to the production. She steals the show first as a spoiled, uppity Isabella Linton, then in the role of her fragile tyrant of a son Little Linton. As the latter, she’s tossed between the story’s burly men in a fine piece of physical theatre. And in both roles, her humour is matched by Mortimer’s canny costumes: a comical velvet bow for Little Linton and for his mother, a pompous, puff-sleeved dress that contrasts starkly with Cathy's gypsy dress and army boots.

Supported by a small, on-stage band, Ian Ross’s folky melodies are most effective when performed in close harmonies by the chorus, who act as a moral sounding board for the central figures or help gently shift the plot forward. Cathy's final number – a wind machine-swept nod to Kate Bush – is another highlight, infusing a somewhat samey soundscape with an electric jolt of pop-rock. 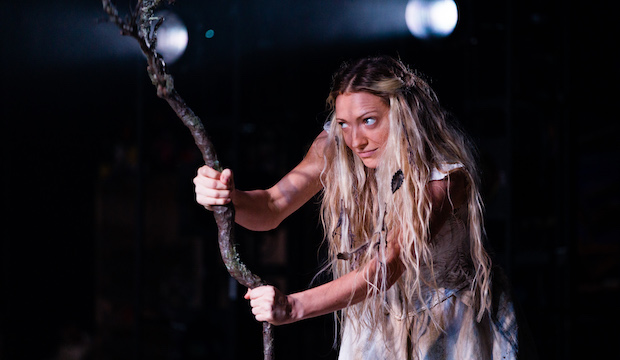 Deaths are not visibly dwelt on; a blackboard bearing the name of the deceased sweeps away each fallen party. The chorus, when not performing, sit reading on chairs lining the stage, jumping in and out of parts as needed. Then there's the narrator, Lockwood (Sam Archer),who interrupts the narrative at intervals. Together, these play-within-a-play elements place an unfortunate wall between the audience and the story's emotions.

Regardless, Rice presents an atmospheric and inventive adaptation of the classic novel, proving her company is comfortable tackling darker source material. 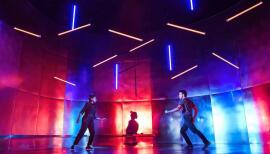 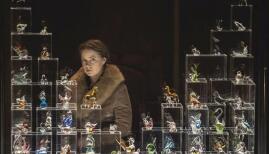 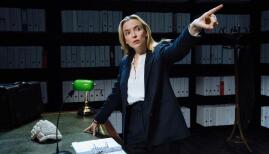