TRY CULTURE WHISPER
Receive free tickets & insider tips to unlock the best of London — direct to your inbox
In 2013, Victoria Melody's dad (celebrity TV antique dealer, Mike Melody) was suddenly diagnosed with a fatal and terminal illness. Victoria (the award-winning creator of Major Tom and Hair Peace) decided, on the back of the unexpected news, to train as a funeral director. The reason for doing this – so she could organise her father the service of his dreams, complete with a Blackpool FC tangerine dress code and a New Orleans jazz procession. A year later the doctors realised they had misdiagnosed Mike.

They are going ahead with the funeral anyway... and you're invited.

Ugly Chief is a comedy based on true story, performed by a real-life father-daughter double act. The play looks at the taboos around death, and the fractious relationship between parents and their grown-up children when they don't see eye to eye...

But if that's not enough to persuade you to attend Melody's pseudo-funeral, Mike will run his own version of the Antiques Roadshow during the interval.

Bring along your heirlooms, curiosities and collectables for him to value. There could be some easy-earned cash to be won.

We have seven pairs of free tickets for Ugly Chief on Saturday 11 November 7.30pm for Culture Gold Whisper members to redeem. Book now to avoid disappointment. 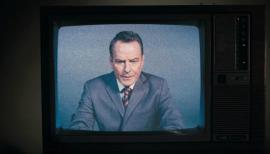 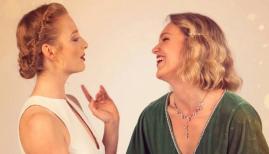