The Imperial War Museum's current exhibition explores the artistic response to war, terror, surveillance and extremism in the aftermath of 9/11

With 2996 innocent civilians dead, more than 6000 injured, and the World Trade Centre blown into a thousand pieces, the world as we knew it changed forever. In response to Al-Qaeda's devastating affront, the United States launched The War on Terror.

TRY CULTURE WHISPER
Receive free tickets & insider tips to unlock the best of London — direct to your inbox
But sixteen years on, we still live in fear. The bloodshed of recent terrorist attacks across Europe, whether on the tube, in concert halls, in cafes, or in the street continue to haunt us all – in 2017 there have been more than 300 casualties in the UK alone from extremist terrorism.

In response to such wide-spread terror, the Imperial War Museum presents the UK’s first major exhibition chronicling the impact of 9/11 and beyond. Marking the museum's centenary, Age of Terror: Art since 9/11 will feature more than 40 British and international artists, including Ai Weiwei, Grayson Perry and Gerhard Richter in its largest visual arts exhibition to date.

Torture, bomb and drone warfare, surveillance and security, political protest, our response to conflicts in Afghanistan and Iraq as well as our reaction to civilian destruction are among the dominant themes examined. The multi-disciplinary exhibition features film, sculpture, painting, photography and installations, with Chilean light-artist Ivan Navarro’s The Twin Towers light installation amongst the works being exhibited in the UK for the first time.

This ambitious exhibition highlights the crucial role of contemporary artists in representing how war and terror are perceived in the popular imagination today. 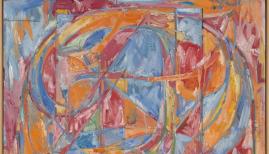