In this phenomenal retrospective, the late New York artist, Jean-Michel Basquiat, finally got the recognition he deserves

Jean-Michel Basquiat is a high-school drop out turned art world prodigy. Young, black, gorgeous and charismatic, Basquiat traded his downtown underground scene for uptown gallery cognoscenti. He became a sensation; the most celebrated painter of the ‘80s, until his death at the age of 27.

At long last, this prolific artist gets his first ever UK retrospective at the Barbican. Basquiat: Boom For Real is a big, big deal. Thankfully, the exhibition is as good as anticipated.

TRY CULTURE WHISPER
Receive free tickets & insider tips to unlock the best of London — direct to your inbox
Simultaneously decoding the Basquiat myth and the Basquiat lexicon, the exhibition exposes the artist’s split identity – Jean-Michel the man, and Basquiat the artist. Upstairs we are introduced to Jean-Michel's world – his friendships, his early works, his favourite places. Downstairs we discover the cultures, the people and the artists that inspired him. Given the divided self is a recurring thematic in Basquiat’s work, it seems an apt curatorial layout for the show. 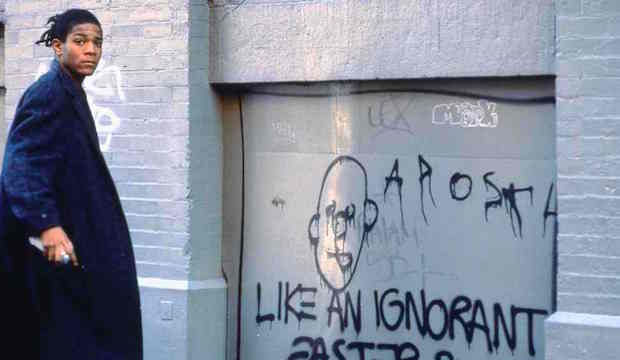 Basquiat came of age in the post-punk underground art scene in Lower Manhattan. New York in the late '70s was filthy, dangerous and full of subcultures – the most visible of which was the graffiti scene. Under the pseudonym SAMO© (for 'Same Old Sh*t), he daubed enigmatic statements across the city, criticising the mainstream art scene and consumer society with each can of spray paint.

The exhibition opens with a bric-a-brac exposé on these opium-laced early years. Black and white photographs of Basquiat with Andy Warhol hang alongside gritty polaroids of Mudd Clubb’s brazen counter-culture artists, actors and even an the un-signed pop-princess Madonna. His one-dollar postcards collaged from detritus, newspaper headlines, cigarette butts and advertisements nestle up against fragments of his early graffiti SAMO©, muli-media paintings and oil pastel sketches. Jazz, hip-hop and bars from his one-time single Beat Bop, produced with experimental artist and musician Rammellzee, backdrop the visuals on display.

But it's the original video footage of Diego Cortez – co-founder of the notorious Mudd Club and co-curator of Basquiat’s first exhibition, New York/New Wave ­at P.S.1 gallery – playing on loop that grabs the attention above all else. In conversation with journalist Mark Miller, Cortez succinctly sums up Basquiat's discordant works: they are 'his response to the noise of Manhattan life'. Slowly but surely, the man behind the brand is revealed. Drawn into his world, it becomes clear, though, that man and brand are inextricably linked. His work is born from life. 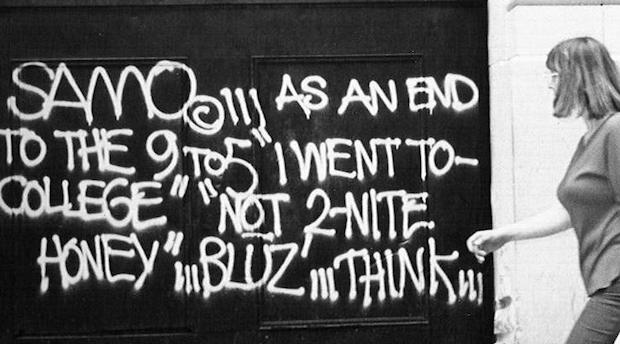 A far cry from the minimalism of the day, Basquiat's works were lurid, deranged and executed with childlike verve. He foregrounded the ordeals and traumas experienced by black people in America. In his work, Basquiat confronts questions of race, human rights, and the creation of power and wealth, while referencing his own heritage, black hero worship, anatomy, and death. His work is complex, aggressive, and, at times, brutal.

In Hollywood Africans, 1983 – incidentally one of the most striking oil paintings on display upstairs – Basquiat brazenly confronts the inescapable racism still plaguing America and, in particular, the American film industry at that time. In this powerful portrait, Basquiat, alongside fellow artist-musicians Toxic and Rammellzee, is engulfed by racist slurs used to describe Afro-Americans. 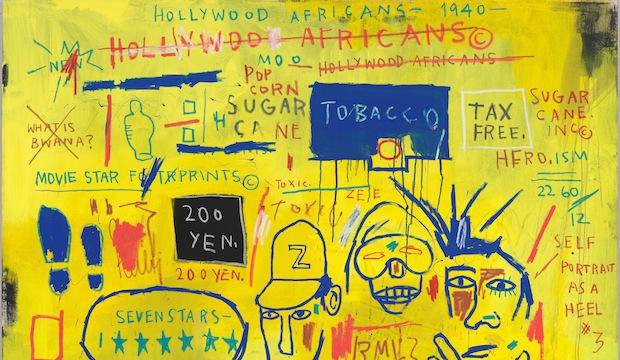 Scribbled in blood red, the words ‘Hollywood Africans’ jump out at you. ‘Gangsterism’, 'Sugar Cane' and 'Tobacco' follow suit. Elsewhere in his works, we see ‘slavery’, ‘toxic’ and ‘cannibalism’ scorched menacingly into the canvas. His scrawls, far from child-like nonsensical scribbles, trace the African-American trajectory in America.

Despite Basquiat’s loaded socio-political references, it’s easy in these strong scrawled marks to overlook Basquiat’s sophistication. This is what downstairs is all about. Basquiat’s work, soaked with a complex encyclopedia of references – from early cinema and black cultural history to Greek mythology and the works of Renaissance Masters including Rembrandt and Leonardo – is broken down. His references to his present and past are explored in detail. The text panels and labels are dense but illuminating. It all starts to make sense. 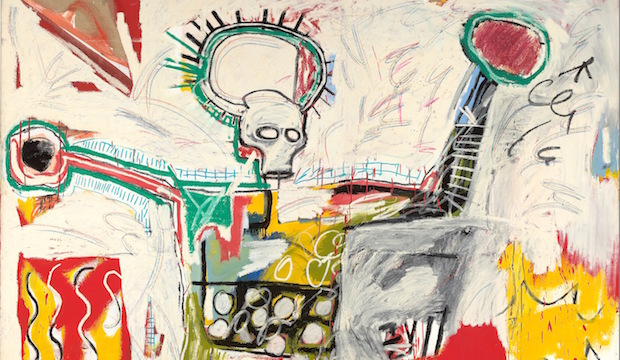 But like many such mighty talents in the art world and beyond, Basquiat’s rise was giddying, glamourous, and cruelly cut short. Life in New York’s fast lane caught up with him. Basquiat died of a heroin overdose in 1988.

At just 27, Basquiat’s artistic trajectory was yet to peak. In this exhibition, we see a man in his prime. Still youthful, dissident and controversially political, Basquiat’s work vibrates with energy. But, wandering around the relics of a lost life, it’s almost impossible not to wonder what could have been?

Mythical genius or not, Boom for Real is the most discerning and sensitive retrospective of Basquait’s work to date.

Due to high demand, the exhibition will be open late throughout January. Tuesday - Saturday 10am - 10pm, Sunday and Monday 10am - 6pm (except Tuesday 9 January). Advanced booking essential. 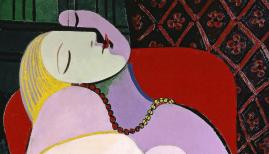 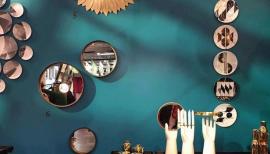