Meet Annie Leibovitz ahead of her talk at the Southbank Centre

TRY CULTURE WHISPER
Receive free tickets & insider tips to unlock the best of London — direct to your inbox
Leibovitz's portraits are instantly recognisable. They capture the subject in an intimate, yet vulnerable state. She puts her subject at ease; her photographs tell their stories. As Leibovitz said in an interview in 2002; 'There are moments in my work when I know that subject is at the pinnacle in their life, and I feel responsible to take a photograph of them that will last.'

Inspired by the great late Robert Frank, Leibovitz first experimented with film while studying at San Francisco Institute of Art. Starting out as a staff photographer at Rolling Stone, where she would hold the post until 1983, Leibovitz went on to serve as the concert-tour photographer for the Rolling Stones' Tour of the Americas '75, and on to serve as a long-standing contributor to Vanity Fair and Vogue.

In this one-off talk at the Royal Festival Hall, Leibovitz will discuss the most defining works from her newly published book Annie Leibovitz: Portraits 2005 – 2016 (Phaidon). While the ticket is a little pricey, you will also receive a signed limited edition of Annie Leibovitz: Portraits 2005-2016. This exclusive preview will shed an illuminating light on her creative process and practice. It's sure to be a hit for the fashion and photography lovers among you, so flag the date in your diaries – it'll sell out soon.

And for real Leibovitz fans, there is even better news. There is a chance ahead of this once-in-a-life-time talk to meet the photographer herself in person. From 12pm on Saturday 21 October, Leibovitz will meet fans and sign copies of her new book Annie Leibovitz: Portraits 2005 - 2016 at Waterstones flagship bookshop in Piccadilly. Tickets to attend the signing, which also include a copy of her book, cost £69.95 and can be bought from the Waterstones Piccadilly website. See you there! 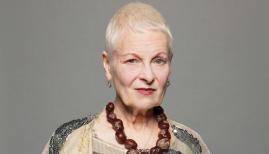 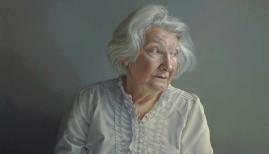