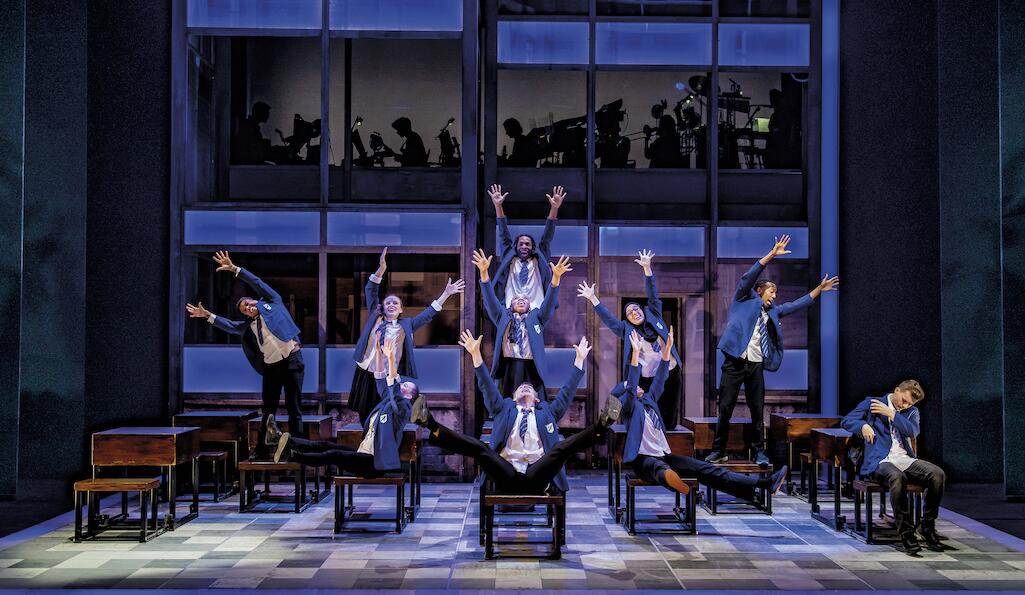 The cast of West End musical Everybody's Talking About Jamie
It’s a choppy time for London’s theatre scene. On the one hand, it’s recovering nicely from the catastrophic blows of the pandemic. Doors are open across the West End and beyond, there are no restrictions bringing about last-minute cancellations and ticket sales are up. At the same time, the capital’s performing arts scene is under serious scrutiny from the government.

Last year, it was announced that several major venues and organisations including English National Opera (ENO), the Donmar Warehouse and Hampstead Theatre would be losing 100% of their funding from Arts Council England, with ENO also potentially facing an unwanted move to Manchester.

So while we can all rejoice at having our theatres back open, the Society of London Theatre (SOLT), the not-for-profit organisation which looks after the city’s prominent theatres and personnel, is in no position to rest on its laurels.

‘I think there’s always more work that can be done because there’s always more challenges,’ reflects Emma De Souza, head of marketing and communications for SOLT. ‘By Christmas, we were getting back to normal, but it’s a cautious optimism because of the other things that are happening,’ she says, adding wryly that for many families, a trip to the panto may have been a last hurrah before the cost-of-living crisis really bites. 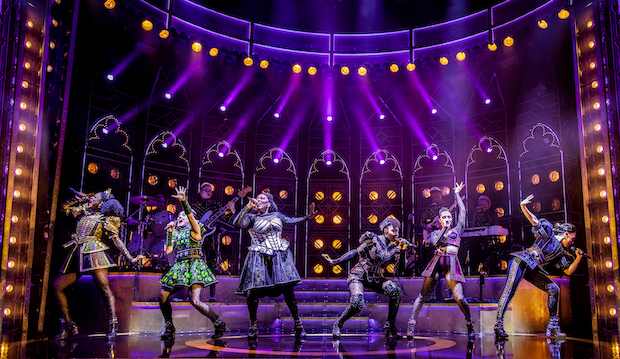 The cast of Six the Musical. Photo: Pamela Raith

The West End’s stages are in a state of flux too, it seems, with several major musicals (& Juliet, Come From Away, Dear Evan Hansen among them) as well as classic horror The Woman in Black – the second longest-running show in the West End – all closing. De Souza says we shouldn’t be too worried about this shake-up, though.

'The positive thing about shows closing is that new shows come in, and that’s great,' she points out, citing 'fun, challenging and exciting new work' like Operation Mincemeat and refreshing commissioning at the Harold Pinter Theatre (where a star-fronted production of Fringe favourite Lemons Lemons Lemons Lemons Lemons is opening) as among the success stories swooping in. She’s also excited for the arrivals of Leicester Curve’s production of The Wizard of Oz and new musical Ain’t Too Proud.

Given the current economic situation, it might seem like a trip to the theatre – once a casual treat – is drifting out of reach. But De Souza is keen to stress there are several schemes making theatre tickets more affordable. In addition to schemes run by individual theatres (such as the Donmar Warehouse’s Young and Free ballot, and the Royal Court’s cheaper Monday tickets), SOLT runs several incentives that span the entirety of the West End. Two incentives she personally founded, the Official London Theatre Sale, held in January and offering audience members premium seats priced between £10 and £50, and Kids’ Week, which runs throughout August and allows a child aged 17 or under to attend a show for free in the care of a fully paying adult, have been running for over 20 years. 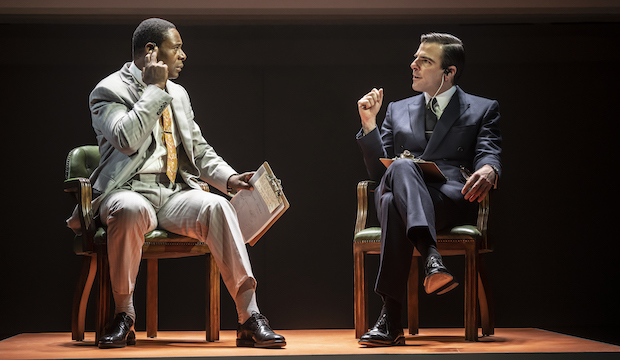 Of the Official London Theatre Sale, currently running, De Souza’s top tip is using it to see big Disney shows like Frozen or The Lion King (which book up quickly during Kids’ Week) or a long-running classic like The Mousetrap, but she stresses there are plenty of new plays taking part in the sale too, including the Olivier-nominated Best of Enemies, starring David Harewood OBE. Besides, there’s still 70,000 tickets available as part of this year's sale, which runs until Friday 10 February.

Beyond the sale and Kids’ Week, there’s also TKTS, running online and from a booth in Leicester Square, offering on-the-day discounted tickets. There are schemes to support theatres outside London too and our Theatre Tokens vouchers can be redeemed at 280 theatres nationwide.

Outside of traditional performance spaces and a highlight of the London theatre calendar is West End Live, a two-day festival held in Trafalgar Square each June, showcasing some of theatreland's best-loved talent. Its jukebox-style performances of musical hits, performed by the stars who sing them on stage, is ‘a chance to go for free and get a taste of all the shows, then you’re inspired as to what you want to go and see,’ says De Souza. 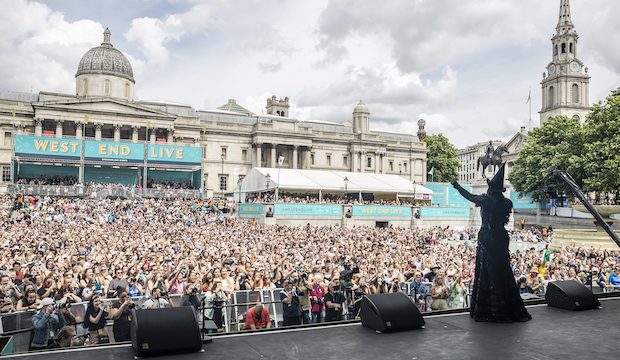 As for what should really be on your 2023 theatre hit list, the latest batch of accolades will soon be doled out at this year’s Olivier Awards, due to be held on Sunday 2 April at the Royal Albert Hall, hosted by Emmy-winning stage and screen star Hannah Waddingham and broadcast on ITV. Nominations for the awards, which are also organised by SOLT, are being announced on Tuesday 28 February.

While the finer details of the awards ceremony remain shrouded in secrecy for now, De Souza reveals she's excited to have choreographer Anthony Van Laast directing the show. She also hints that while the 2022 Oliviers was a coup for musicals, with Rebecca Frecknall's revival of Cabaret scooping the most titles, ‘this year is definitely going to be the year of the play. We’ve had a dazzling array of plays this year.’

Another priority for SOLT is making theatre more accessible. In December, Josie Rourke’s production of As You Like It saw deaf actor Rose Ayling-Ellis sign the part of Celia, with audiences following the dialogue via subtitles on screens. De Souza is hopeful there will be more 'seamlessly' accessible productions like it this year. 'I was really inspired by the As You Like It performance… I think it’s really important that access isn’t seen as an add-on; it’s just integral to what we’re doing,' she says. (A full list of accessible and relaxed performances can be found on SOLT’s Access Guide.)

Access to theatre, both as an audience member and a professional, is something De Souza is clearly passionate about and the conversation keeps returning to this point. ‘We, as a sector, have a lot of work to do to support those coming in because there’s no doubt we’ve seen a talent drain,’ she admits. ‘The pandemic has been really tough on live theatre, forcing much of the workforce out of London.' She’s keen to highlight the work of TheatreCraft, a big annual careers event offering free workshops, talks and expert advice for young people interested in offstage theatre jobs – as well as the theatre careers website Get Into Theatre, which collates a plethora of work and training opportunities. 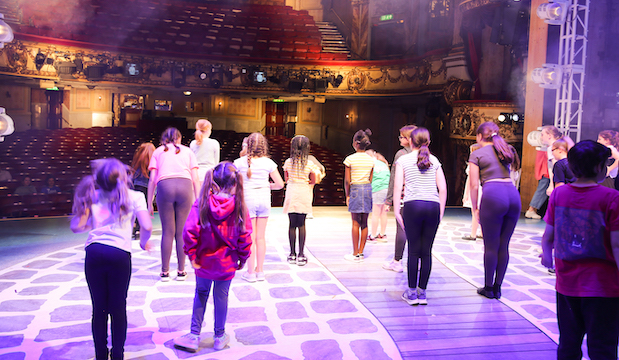 To give more school-age children access to top-quality theatre, there’s the School’s Theatre Guide, which offers teachers all the information they need to run a school theatre trip – from prices, venue information and contact details for shows offering school rates, to travel tips, age advisories and free educational resources provided by the shows.

Last year, the first Schools Theatre Day saw theatres in London inviting schoolchildren behind the curtain to experience the magic of a live show and learn about what goes on backstage, and there are plans to roll it out nationwide this year.

While SOLT is doing what it can to make theatre affordable and accessible to audiences, the costs of staging a show are also rising – and in the face of budget cuts and defunding. 'It’s harder than ever to produce work and run venues,' De Souza tells us, but there are things we, the audience, can do to help, like lobbying our MPs and supporting our local theatres.

'For those venues that have seen their funding cut through Arts Council England, continue to go to them. They’ll be able to make up for that shortfall by having more audiences in their spaces,' she adds. 'If you are in a position where you can give money, become a friend of your local theatre, that’s really important.'