Best of Enemies is a play for our fractured times, and it just so happens to be set in 1968. The year when Martin Luther King Jr and Robert Kennedy were assassinated. The year Andy Warhol was shot by Scum Manifesto writer Valerie Solanas. The year of political upheaval in the US, with social unrest over the Vietnam War, American values and racial equality. The year when arch conservative William F Buckley and razor-sharp liberal Gore Vidal went head-to-head live on television in the battle to embody America’s soul through their intellectualism, articulation and wit. 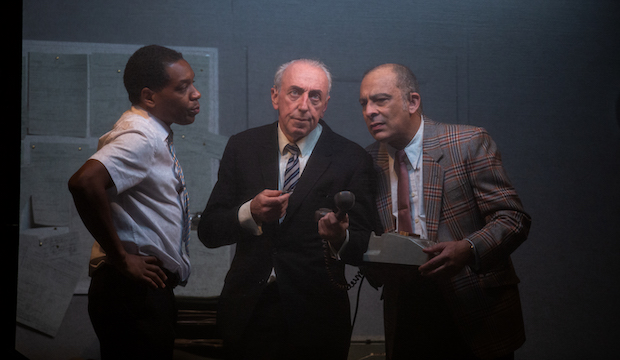 Writer James Graham and director Jeremy Herrin have teamed up again to create a mini masterpiece; they collaborated together ten years ago on the eminently successful political drama This House. In this latest work, Graham curates scintillating text from the original documentary Best of Enemies which presents Vidal and Buckley’s scorching discourse. This of course is tremendous source material to be working from. However, Graham states that one of the rules of this play is that when characters are sat in front of a camera, their words are verbatim. When they are away from the camera’s beady eye, Graham is free to imagine their private conversations and emotional fluctuations. He does this with grace, nuance and empathy for both sides of the divide.

Charles Edwards is magnificent as iconoclast Gore Vidal, channelling his snarky impishness, his brutal insights, his searing wit, and his emotional distance when discussing personal matters. A giant in gravitas and humour, David Harewood as William F Buckley delights, offering a kaleidoscopic portrayal of the preeminent voice of American conservatism from the 1960s. 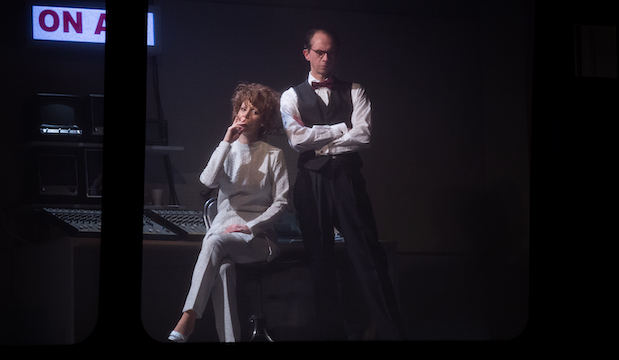 Through artful lip syncing and literal performance, a stellar ensemble illustrates an array of pop culture and political figures from the time including Aretha Franklin, Enoch Powell, Walter Cronkite, and always the audience pleaser: Andy Warhol. Syrus Lowe gives a flamboyant portrayal of the master of discourse James Baldwin, one of Vidal’s closest confidantes in the play. Clare Foster as Patricia Buckley, is joyful as William’s teasing wife.

Set design from the ever-inventive Bunny Christie is perfectly placed. The middle of the theatre becomes ABC’s TV studio, a Vietnam War protest site, hotel bedrooms across the states. Grainy 60s TV screens are positioned strategically throughout the theatre, so the audience can simultaneously watch the highly theatrical in person debates, as well as the curated TV portrayals. 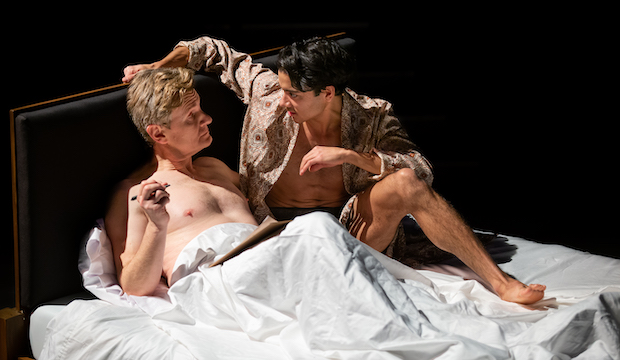 Utilising Graham’s inventiveness and Herrin’s signature slickness, Vidal’s hotel bedroom slides into Buckley’s hotel suite and back again, the characters moving between the space as they strategize with their close-knit teams on how they will throw verbal punches, hooks and uppercuts at their opponent. This mercurial choreography is achieved through a genuine playfulness that the theatrical form thrives on. Graham has expertly adapted the original documentary for the stage so that it reverberates across the decades.

Attempting to understand our present circumstances through past events is a longstanding theatrical tradition. Catching a glimpse of the passionate, divisive discourse of Vidal and Gore against the backdrop of the tumultuous year of 1968 in America invites us to rethink not only how we can reach across the aisle on a macro level, but what we can personally do to engage in debate that might make us feel discomfort, but that has the potential to offer more nuanced understanding, empathy and respect for everyone involved. 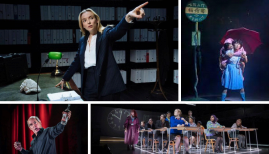 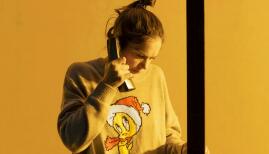