In director Josie Rourke’s production of this dystopian two-hander, Aidan Turner and Jenna Coleman star as the couple confined to using just 140 words a day

Oliver (Turner), a musician and keen political activist, meets Bernadette (Coleman), a family lawyer from a working-class background, in a pet cemetery. The early throes of their relationship play out with all the quirks and cuteness of a Richard Curtis movie, before the government brings in a new law, the Quietude Bill, limiting all citizens to writing and speaking in just 140 words a day, and the rom-com set-up dissolves into something more dystopian. 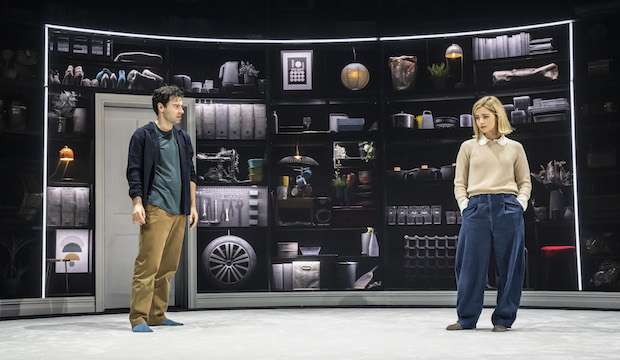 It’s a gripping premise – one with much potential for exploring – but once the basis for Lemons has been established, it doesn’t then develop or take us anywhere. Instead, it starts to feel like Groundhog Day with rehashed scenes of the couple returning home from work, announcing how many words they’ve saved for one another, then communicating through broken sentences and their own made-up, shortened words (like ‘lovu’ to roll ‘love you’ into one), until they run out.

It’s not explained how they keep count of their words, or what’s stopping them from going over the limit in the privacy of their home, though space is given to discussing how the bill, which seems rooted in anti-intellectualism, will more greatly impact the working class who need their voices to assert their rights.

Lemons is eerily more conceivable now than when it premiered at Edinburgh Festival Fringe in 2015. Since then, we’ve lived under a Tory government that’s stripped away our European citizenship and imposed pandemic-related lockdowns confining us to our homes. While the latter was for our own good (even if those in charge couldn’t bring themselves to follow their rules), it would have been unthinkable to a 2015 audience that our freedoms would be curtailed to such an extent. 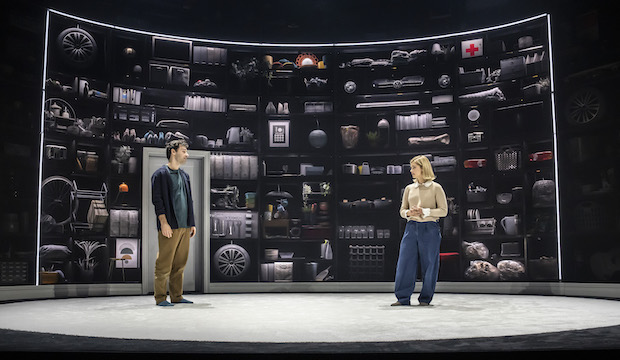 Director Josie Rourke, who comes to the production fresh from helming a trailblazing As You Like It, makes Lemons… a pacy affair, and we feel the couple's anguish over their lost words. Turner is especially good as the passionately frustrated Oliver. Coleman’s performance is overly self-aware, but she captures the show’s dark humour and delivers its scattering of laughs.

Designer Robert Jones has the couple dwarfed by shelves stacked high with objects – toys, furniture, tech – they no longer have the capacity to name, while Aideen Malone’s slick beams of light blink to acknowledge their dwindling word count.

Lemons has a compelling premise and the home of a couple still figuring out their future is the ideal Petri dish to explore such dystopian limitations. Perhaps Steiner should pen a second act to give this concept a destination. 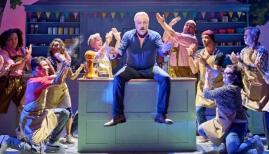 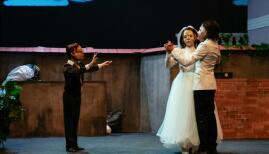 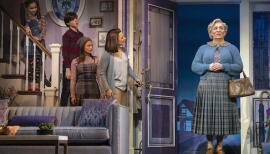