You can find the full LIMF 2023 programme here. What follows is Culture Whisper's own selection of festival highlights.

We are deliriously happy to report that our very own favourites, Germany's Family Flöz return to LIMF for the first time since 2016 with Feste (pictured top). This troupe has an uncanny ability to convey a huge range of emotion while wearing papier mâché masks. Their new show is centred on a wedding troubled by a series of external factors. Unmissable (age guidance 5+)
Peacock Theatre: Thursday 2 to Sunday 5 February at 7:30pm. Sat matinee at 5pm. Dur.: 90 mins, no interval. Tickets: £18-£45 + booking fee.

Billed as 'a riotous celebration of misbehaviour, tenderness and power, of love, greed, death and rebirth', Brides is a co-production by David Glass Ensemble, UK, and Topi Dalmata, Italy, and boasts an international cast embodying brides that represent four seasons in the life of women (Age Guidance 15+). 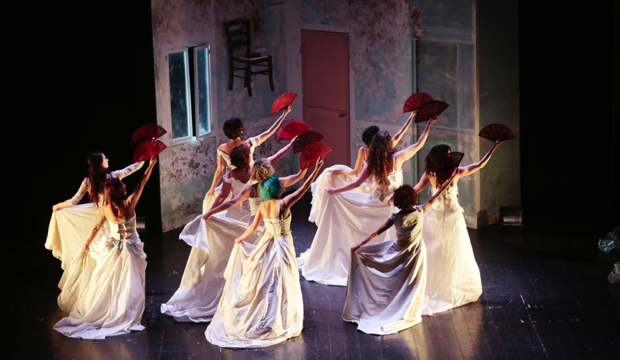 The Place hosts a number of LIMF 2023 shows, including the opening programme, Through the Grapevine, a circus/dance collaboration between Belgium's Alexander Vantournhout's company Not Standing and acrobat/dancer Axel Guerin (Monday 16 – Wednesday 18 January at 7:30pm); and Moussoux-Bonté's The Great He-Goat, an award-winning movement drama told by 11 dancers and their life-size puppet doubles (Friday 27 – Saturday 28 January at 7:30pm). 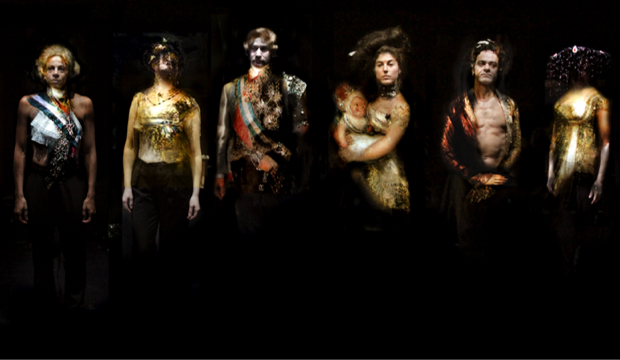 The Great He-Goat, Familia Carlosito. Photo: © Natasha Belovi
Still at The Place, Culture Whisper favourites Gandini Juggling offer a lecture-demonstration of the tricks of their trade entitled The Games We Play.

Bill's 44th comes from American duo Dorothy James and Andy Manjuck, and is a puppet tragicomedy for grown-ups where Bill anxiously awaits guests for the birthday party that he has planned meticulously. Age Guidance: 14+

Two numbers return by popular demand: Thick and Tight's Tits and Teeth is a retrospective of their irreverent drag and dance shows, with comical takes on the likes of Queen Victoria, Marlene Dietrich and Rasputin, to mention but a few. Age Guidance: 14+
Shoreditch Town Hall – Wednesday 25 to Saturday 28 January at 7:30pm. Dur.: 2 hours inc one interval. Tickets: £18 (concessions £16) + booking fee

And Told by an Idiot's Charlie and Stan, inspired by a 1910 real-life meeting between Charlie Chaplin and Stan Laurel, is an homage to two men who changed the world of comedy.
Wilton's Music Hall – Wednesday 18 January to Saturday 4 February at 7:30pm, Thu & Sat matinees at 3pm. Dur.: 85 mins no interval. Tickets £14:50-£29 (no booking fee)

LIMF 2023 also offers a series of films and workshops.

The Games We Play

Told by an Idiot