Married man has sex with babysitter. Adult seduces a pair of school girls. It sounds like a pornographic cliche, but seeing this scenario play out on stage in Rita, Sue and Bob Too is the antithesis of titlaton.

Bob (James Atherton) is driving 15 year-olds Rita (Taj Atwal) and Sue (Gemma Dobson) home after they have babysat his children. They giggle like the schoolgirls they are while he gives them cash and asks a series of increasingly personal and sexual questions. With a few minutes the car seats are reclined, Sue’s knickers are around her ankles and Bob’s bare arse is thrusting into her. Rita sits and waits awkwardly on the back seat then accepts her turn with a wince of pain.

It’s grim. It’s so uncomfortable to watch the Royal Court worried that reviving the 1982 play was ‘conflictual’ in the wake of Weinstein and the Me Too campaign. The involvement of alleged sex offender and former artistic director of Out of Join theatre company Max Stafford-Clark did not help make the undercurrent of abuse either. And the Royal Court decided to cancel the scheduled production.

But, as people were quick to point out, to cancel the play is to silence its writer. And Andrea Dunbar was a trail-blazer who told stories of sidelined women at a time when such honesty was unheard of.

One of eight, born in an impoverished Bradford estate, Dunbar wrote her first play, The Arbor, at school. It chronicled her experience of falling pregnant at 15, and then giving birth to a stillborn baby. By the age of 19 she had three children by three different men and was living in a refuge for victims of domestic violence.

When her work was discovered and staged at the Royal Court in the early 80s it galvanised audiences with a lively, uncompromising and portrait of working class life. 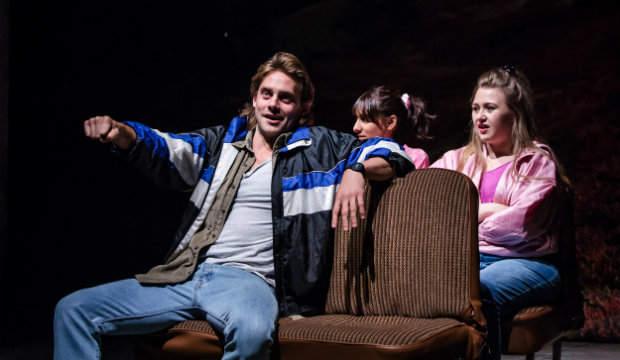 While there’s no doubt that Rita, Sue and Bob Too is disturbing – audiences in Chelsea wince at the casual violence, misogyny and abuse – the semi-autobiographical story is neither exaggerated nor overly lachrymose. The director Kate Wasserberg embraces the levity along with the brutality with a production that's totally devoid of sugar-coating.

In the 80s Dunbar defended the play as a depiction of 'the healthy relationship between two teenage girls in the last year at the local comprehensive, and the everyday traumas they share together... although they don’t have a great deal to laugh about, they have a natural joie de vivre.'

All the conflict and trauma in the play is swaddled in a chipper kind of acceptance. The characters envisage nothing better for themselves. Though the men in the play are especially abhorrent, with Bob’s backseat seductions and greasy mullet and Sue’s father's tirade of drunken threats, they are pitiful, too, hollowed out by poverty and job cuts.

It’s the women who are victims, yet they offer all the spark and life. Wives expect their husbands to play away. Daughters seem fine with their father’s beatings. Girls are sanguine about sordid, sore sexual situations. There are even moments of bitter comedy in the buoyant, bright way Rita and Sue engage with the world around them.

Rita, Sue and Bob Too is not easy entertainment but it's definitely important that the Royal Court decided to share this story with a new generation. 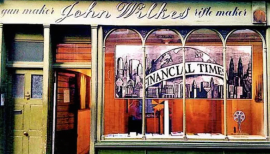 What to do in Soho: London's day-to-night district