What to do in Soho: London's day-to-night district

GUEST SPOT: Things to do in Soho this weekend, as selected for Culture Whisper by Michèle Fajtmann of 'From My City' 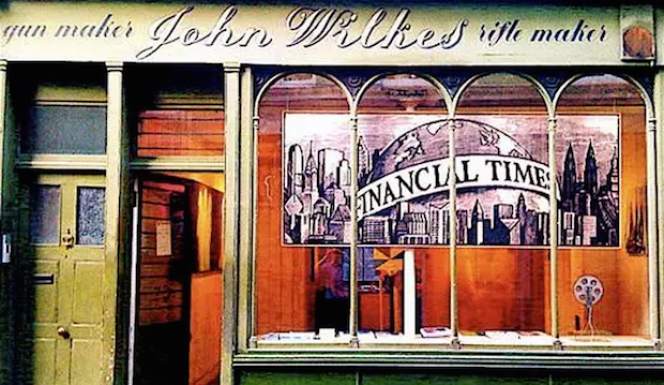 Riflemaker gallery on Beak St.
Everyone knows Soho for its night scene, but how many have explored it during the day? Try to go there in the morning and watch the locals and those commuting to work in the many independent production film houses. You will have to find your way between the delivery vans and the street sweepers tackling what remains from the previous decadent night.

TRY CULTURE WHISPER
Receive free tickets & insider tips to unlock the best of London — direct to your inbox
Soho has a human and down-to-earth character – an air of Continental Europe full of history and old stones. There is a French flavour everywhere, present since the 17th Century with the arrival of the Huguenots. Italian connections are also very strong, with a first wave of Italian political refugees who settled in the 19th Century. There are an abundance of Italian espresso bars, Venetian bacaro, authentic gelato, and Italian delis. Today, the food scene is one of the best in London. In this multicultural and diverse area, every single alleyway and townhouse has a story – you can still feel the shadows of important artistic and intellectual personalities such as Mozart, Karl Marx and Oscar Wilde. The area is also full of iconic venues in the field of commerce, culture and entertainment.

Cool things to do in Soho

Algerian Coffee Stores, 52 Old Compton Street, London W1D 4PB
Created by an Algerian businessman in 1887, this old-fashioned shop is now owned by an Italian family. The choice of teas and coffees is huge and you can buy all sorts of herbs and flowers to create your own composition. Their selection of chocolate, amaretti, and cantuccini is also great and you can grab a cappuccino on the go.

Bar Italia, 22 Frith Street, London W1D 4RF
Opened in 1950 by the Polledri family, this is the place to go for a late night espresso. They are open from 7am to 5am every day. 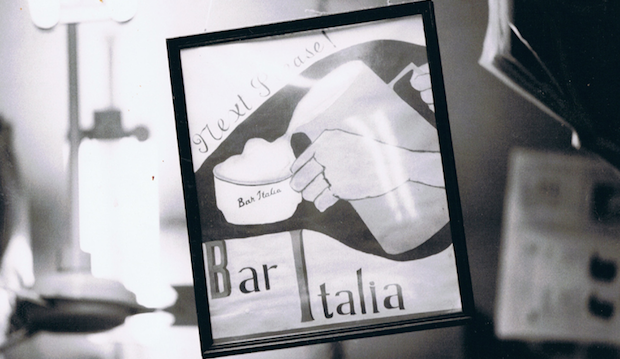 Maison Bertaux, 28 Greek Street, London W1D 5DQ
A French patisserie founded in 1871, and currently owned by sisters Michele and Tania Wade. It has a nice vintage atmosphere and is also the home of the The Maison Bertaux Theatre Club. The terrace is a perfect Soho spot on a nice day. Get an almond croissant – it is worth a stop.

For a box of chocolates

Paul A. Young, 143 Wardour Street, London W1F 8WA
The whole range is presented in the middle of the store on a round table. You can ask for a description to the manager who loves to talk about it. New creations are added all the time. The award winner is the salted caramel bonbon.

For a photography exhibition

The Photographers Gallery, 18 Ramillies Street, London W1F 7LW
Situated in a former 1910 warehouse, it is the largest public gallery in London dedicated to photography. It currently shows Gregory Crewdson: Cathedral of the Pines. 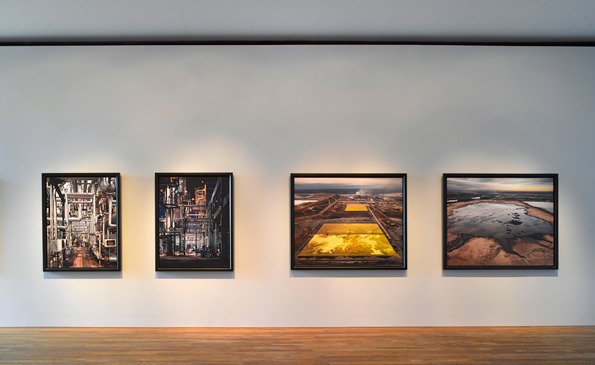 The photographer's gallery on Ramillies St

For tapas with friends

Many small restaurants were opened recently, offering a casual and social atmosphere with authenticity and close interactions with the chefs and staff. The experience is really about sharing. We have listed 3 of the best Soho restaurants:

Polpo, 41 Beak Street, London W1F 9SB
A Venetian bacaro located in a house where the painter Canaletto lived. They don’t take reservations in the evening. It is always full but worth the wait. Try the octopus carpaccio.

Palomar, 34 Rupert Street, London W1D 6DN
Dishes from modern day Jerusalem, inspired by traditions from Southern Spain and North Africa. Since day one, tables have been hard to book – you can try to queue for a seat at the bar. Don’t miss the Kubaneh Yemeni pot baked bread served with tahini & grated tomatoes and the polenta Jerusalem style. 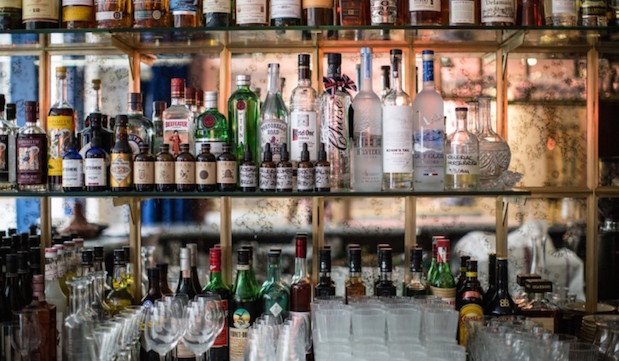 Riflemaker, 79 Beak Street, Regent Street, London W1F 9SU
Co-founded by dancer Damtsa and composer Tot Taylor, this gallery is located in an historic gunmaker's workshop built in 1712. This month, they show the work of Wen Wu, whose paintings explore the commercialisation of art production in China.

For an ice cream after the show

Gelupo, 7 Archer Street, London W1D 7AU
Owned by the restaurant Bocca Di Lupo on the same street, they offer an amazing selection of gelati and sorbets. The menu changes everyday with flavours such as Ricotta & Sour Cherry Straciatella or Ricotta Chocolate & Black Pepper.

Experimental Cocktail Club,13A Gerrard Street, W1D 5PS
A bit further into the core of Chinatown. You tell the staff the ingredients you like and they create a custom cocktail for you.

SEE OUR OTHER
GUIDES TO LONDON
Michèle Fajtmann was born in Belgium and has lived in Brussels, New York, Warsaw and London. She is a lawyer and founder of From My City, a boutique event management and advisory company that creates unique tailor-made networking experiences and events focusing on arts and culture.

‘London is ever-changing,' says Michèle, 'and it is fascinating to explore neighbourhoods that are going through rapid change. We are keen to share our passion for London’s eclectic art scene and urban creativity. As city “curators”, we often get inspired by the unexpected and love to give others the chance to be as excited as we are by these discoveries. Most of our events are guided or animated by creative experts. For details of the discovery tours offered or for any enquiries, go to www.frommycity.com'