In the chic new Chelsea foodie enclave that is Pavilion Road, Wulf & Lamb offers a 100% plant based comfort food and outrageously luscious desserts .

It is in the smart new foodie enclave of Pavilion Road alongside ultra-sophisticated bread, deli and wine shops and a new Granger & Co. The more elegant alternative to going food shopping and restaurant visiting in Bermondsey.
Chef Franco Casolina is from Vanilla Black, a huge coup as it serves up some of the most creative vegan food in the capital.

100% plant based comfort food fs the emphasis on the short menu which bizarrely has to be ordered from the downstairs counter even after being seated in the sleek, airy if somewhat stark upstairs dining room. Still the menu promises and delivers full-on tasty dishes in generous portions with considerable inventiveness.

Stand out dishes were Thai green curry with plenty of root vegetables and robust spicing plus sweet potato mash and jasmine rice and the seiten version with much relish. House made sauerkraut and cashew aioli accompaniments raise the game vegan mac n cheese made with cashew cream, turmeric, mustard and spices with huge savoury flavour and plenty of good crisp brown bits to greedily scrape from the pot. Char-grilled broccoli with porcini and garlic breadcrumbs is full on umami too and a dish good enough to crave making at home.. 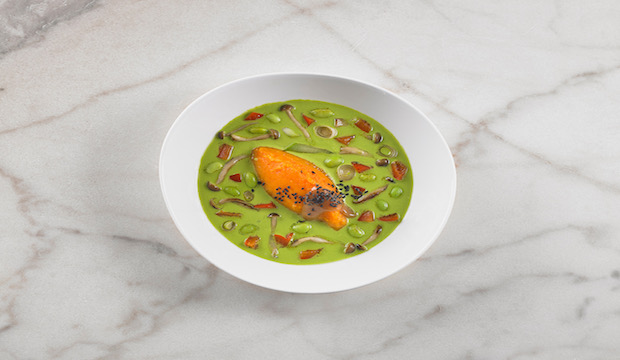 Vegan desserts so often a disappointment were a revelation. Both mango and passionfruit cheesecake with a macadamia, pistachio and sesame base and raspberry compote and tiramisu made with raw almond cream are exceptionally light with impressive finesse.

Breakfasts include an intriguing ackee, rather like lychee, scramble and even a full vegan breakfast with lemon spinach, beans, tomato and ackee scramble and egg-free pastries served from 7.30am for conscientious breakfasters.

The cherry on the cake are the ultra-alluring muffins, cupcakes, even rose and pistachio doughnuts made by vegan baker supreme Ruby of London. For take out, there are wraps (including cauliflower Coronation!), tortilla, salads too. Wulf & Lamb is likely to be a huge success among shoppers and yummy mummies even non fully fledged vegans. We will certainly return. 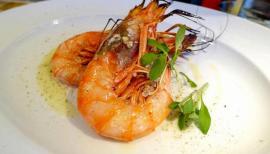 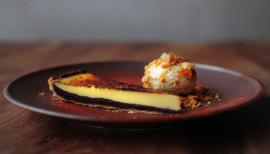 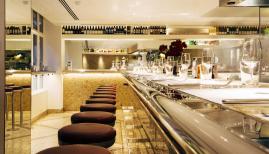