Rourke platforms the hungry ambition of a people looking for affection, success, and any kind of reassurance that their life is worth being celebrated, with a freewheeling energy that’s so easy to love.

The story hangs on every last word of its leading lady, and Anne-Marie Duff walks in Charity’s itchy feet with energetic credibility. By night, the dancehall hostess has been working at the Fandango Ballroom for eight years, and by day she falls in and out of love with every next man who will let her. Duff masters a certain balance between boundless affection and effervescent optimism for her audience – equally her Fandango customers and lovers, and the hungry Donmar viewers – without ever sacrificing a trace of gutsy determination.

It can be tempting to uproot a traditionally glitzy show in favour of a subversive contemporary revival, which tends to rhyme with images of cynical minimalism and feelings that are drained of colour. But Sweet Charity glitters so gleefully: Robert Jones’s sharp design plasters the walls in shades of chrome, while dancers tap their feet in gold boots and silver sneakers, and the pastel hues of Coney Island are swapped for glow-in-the-dark neons. 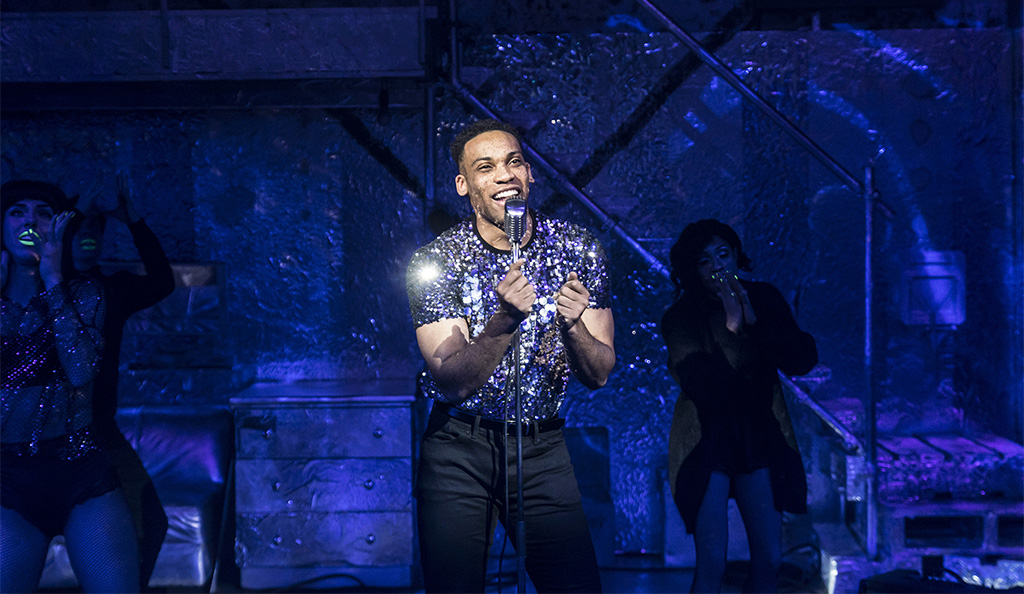 The commitment to metallic textures seems essential, capturing the reflective vanity of these characters who live off every next performance and must dress to impress before they can surrender to the emotions they secretly harbour.

Standout moments of this blinding creativity include a mirrorball-clad preacher, Daddy Brubeck, leading a hypnotic, fittingly religious performance of ‘The Rhythm of Life’, and an ensemble number at the Pompeii Club in which ten dancers vogue in unison like Andy Warhol dopplegängers from the time of the artist’s Factory. Fashion is fearless, and dance is militant – ‘We defend ourselves to music’, one of the Fandango girls explains.

Charity lives in this world of vacuous opulence, a conveyor belt of disappointment and heartbreak (cleverly staged with a rotating central platform) – until she meets Oscar Lindquist. He’s a strait-laced ‘goofball’, a tax accountant with claustrophobia who Charity serenades when the pair are stuck in an elevator. Arthur Darvill plays Oscar with simple charm, and the reward of seeing Charity and Oscar accept their differences and hold each other’s hands is delightful. 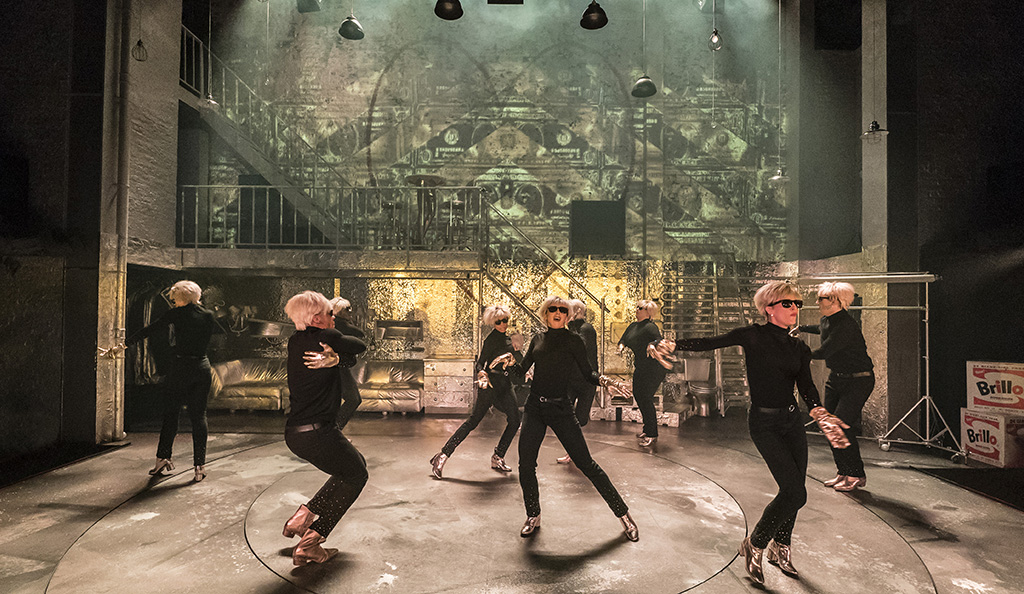 But Sweet Charity is too clever to safely end as a fairytale. Although a smattering of generically inspirational lines pepper the script, still emblematic of a classically Hollywood melodrama, Charity doesn’t quite live happily ever after. Bravery and heroism cross paths with the toxic need to belong, save and control one another in order to be happy.

There’s plenty to dream about and fall for, which Rourke verifies in her beautiful microcosm with a shiny imagination, but the perception that life is unfair punctures the artifice with a satisfactorily bittersweet sense of truth. Charity keeps a song in her heart as tears roll down her face – her life isn’t a tragedy, and Rourke’s swan song is a far cry from one too. Her Sweet Charity seizes the timeless romance of a life lived in love; with the city, with its people, with what lies within.