After stunning, sellout runs in New York and Richmond, An Octoroon comes to the National Theatre

In 1859 Irish playwright Dion Boucicault wrote The Octoroon, a melodrama about American slavery where a mixed-race woman is forbidden from marrying the white plantation owner.

TRY CULTURE WHISPER
Receive free tickets & insider tips to unlock the best of London — direct to your inbox
Fast-forward to the opening scene of Branden Jacobs-Jenkins' 2014 play An Octoroon. A young man (Ken Nwosu) stands onstage in his underwear in full house lights. He talks directly to the audience, telling us how he's bored and constrained by the expectations of being a Black Playwright. On the advice of his therapist, this playwright character decides to adapt a work he admires. And so begins this extraordinary fusion of a Victorian Melodrama and biting commentary on race in modern America. 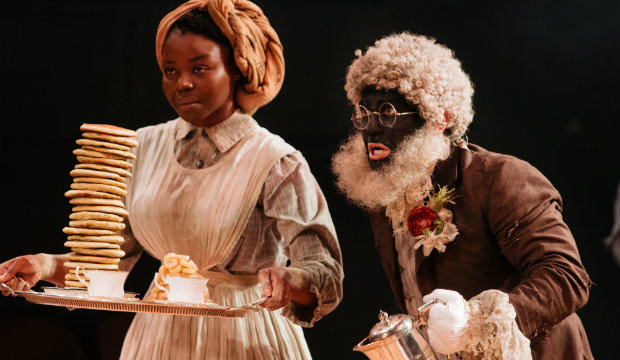 Emmanuella Cole, Alistair Toovey in An Octoroon at the National Theatre

Inverting the uncomfortable history of 'black face', the cast don face-paint to play characters of different races. The black playwright character stars in his own production, switching between the gallant plantation owner and the villain with the help of wigs and and a chalky white face. Dion Boucicault (Kevin Trainor), original author of The Octoroon, also features as his inebriated self and as the red-faced Native American who functions as the play's scapegoat.

The brutal history of slavery is played out with cartoonish, over-the-top bravura. And the referential, meta-textual connection to Boucicault's 1859 text adds an extra layer of potency, as a black American writer re-works the legacy of his white predecessor.

Director Ned Bennett milks the melodrama to comic effect and ups the chaos with deliberately crude production, which shifts from lights-on understatement to sheer spectacle.

As comedy, the complex plot of a Victorian melodrama and contemporary political commentary combine keeping up with the tonal shifts is thrilling (and a little exhausting). But what's more impressive is how all the spectacle engages with a more cerebral, nuanced exploration of theatrical form. 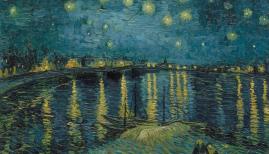 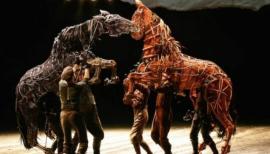