The King and I, Palladium Theatre review ★★★★★

This resplendent revival of The King and I captures all the charm and escapist glamour of Rogers and Hammerstein’s classic 1951 musical, with enough intelligence to reconcile the problematic Imperialist undertones.

The show, which comes to London after impressing at New York's Lincoln Center, is three hours of swishing skirts, flowing silks, sumptuous colours and enchanting music.

An evocative set, which shimmers with gold leaf and slips from engraved columns to lavishly furnished bedrooms, transports you to 19th century Siam. And Catherine Zuber’s ravishing costumes shows us two two opposing cultures via embellished Eastern robes alongside the vast hooped skirts and starched morning suits of Victorian England. 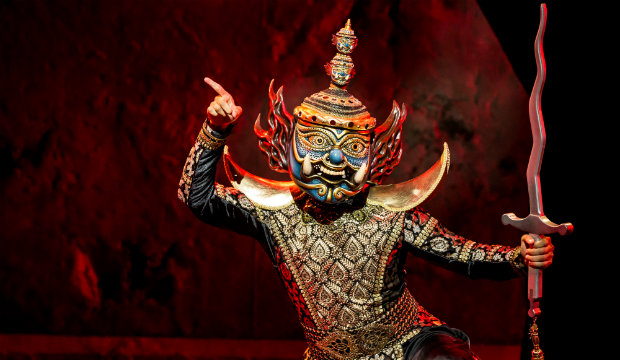 Based loosely on the memoirs of a British governess hired to teach the children of King Mongkut of Siam in the early 1860s, the musical is a story of conflict, cultural differences and romance.

Of course the 1950s portrayal of race and gender politics are acutely outdated. There’s an Imperialist sneer to the story of a Brit educating away ‘barbarian’ Eastern beliefs and you can see why, 67 years after it opened, The King and I is still banned in Thailand.

But director Bartlett Sher negotiates this by subtly shifting the show without attempting to make it modern. Emphasis is on cultural difference, rather superiority, and the warmth and wit behind songs such as ‘Western People Very Funny’ side-step any note of condescension. 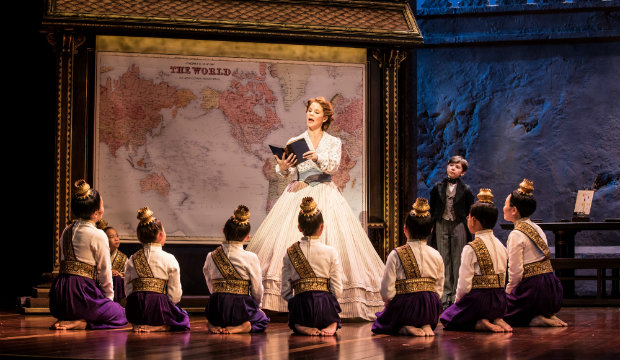 The cast of 51 are as slick as you’d expect and the royal children in particular are a delight; you’d have to have a heart of granite to resist grinning as the tiniest pre-schooler princess scampers in to join the ranks.

But, beyond the opulent production value and the charming touches, it’s the two central performances that really make the show soar.

Anna the governess is played with honeyed vocals and equal measures of grace and gumption by Kelli O’Hara, one of Broadway’s most accomplished musical theatre stars. Together with young son Louis, she must reconcile the Siamese customs with her own British values.

Japanese film actor Ken Watanbe captures both the pride and insecurity of the King. We giggle at his haughty demands and appetite for learning new English phrases, but remain aware of the intelligence and compassion of a man tormented by poltical turbulence and the weight of expectation.

The King and I, Palladium Theatre