From the producers of The Babadook comes Netflix film Cargo, an Australian thriller held together by a convincing performance from Martin Freeman

Netflix film: Cargo review 3 Netflix film: Cargo review Intern Culturewhisper
The Netflix film Cargo was originally conceived as a short film. Despite being a little basic – as most short films are – it’s an excellent example of the form. In a neat length of seven minutes, co-directors Ben Howling and Yolanda Ramke introduce characters we care about, build an accessible world for them to struggle through, and provide an emotionally perfect finale. Most feature-length movies can’t boast such simple qualities.

TRY CULTURE WHISPER
Receive free tickets & insider tips to unlock the best of London — direct to your inbox
Now, distributed by Netflix, Ramke and Howling extend the concept into a feature film – stretching seven minutes into 105, jacking up the budget, and casting Martin Freeman in the lead. Now we have a newer, bigger, heavier Cargo.

Set in a post-apocalyptic Australia, Andy (Freeman), wife Kay (Susie Porter), and their baby daughter Rosie (twin babies Lily Anne and Jane McPherson-Dobbins) travel upriver in a boat, keeping away from land. On land, zombies rule – and once bitten, you have 48 hours before you turn undead yourself (following a slow and gruelling metamorphosis). After a complication, Andy is bitten and has to find somewhere safe for Rosie. The clock is ticking. 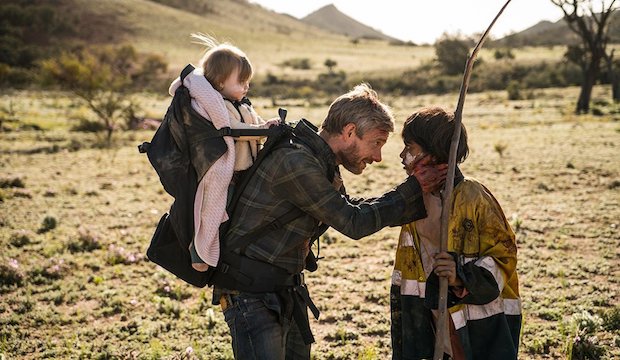 There are many things to like about the film. Freeman, starring in his second horror film this year (after the brilliant Ghost Stories in April), gives one of his best and most emotional performances to date. He’s a performer who’s perfected the 'nice, normal bloke' character, embodying the British strive for sanity within an insane situation.

There’s a flimsy scene where Andy is trying to maintain a level head, despite his wife expressing intense doubts about their survival. Freeman smiles and shakes his head, conveying two opposite thoughts at once: the situation is horrible, we might not survive — but then again, we might also pull through. Freeman’s a master of this visual-cognitive dissonance.

But Freeman’s performance is a perfect mask for an imperfect screenplay by Ramke, who adds too many superfluous details to her zombie-world. She shoves in tired political messages – barely and clumsily attached to the central story – about fracking issues and Australian racism. Both are personified in the paper-thin character of Vic (Anthony Hayes), a lover of fracking and hater of Aboriginals. Andy relies on Vic for safety, and it’s a thrilling and uncomfortable conflict to watch unfold – definitely the strongest act in the film. But the story and the characters are tarred by the detestable feeling of being fed an irrelevant political point. It’s like having an easy conversation at a party, only to be interrupted by someone screaming about capitalism.

Cargo has been promoted as a 'zombie tearjerker', but the tears aren’t quick to leave. There are some strong emotional scenes, particularly between Andy and Rosie, and they’re heartfelt enough to pursue to the end. But the politics often feel intrusive, and the end feels like a weak attempt to copy-and-paste from the original short. Much of the strength of that little film is gone. In adding too much, a lot is taken away.

This film will be released on Netflix. 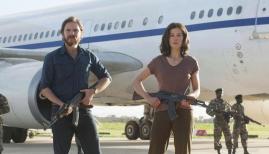 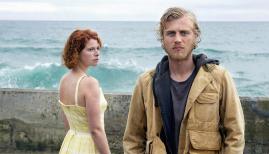