Where to find a taste of Scandinavian culture in London

From the coolest fashion brands with London outposts to the coffee shops serving superlative cinnamon buns: where to find a slice of Scandinavia in London 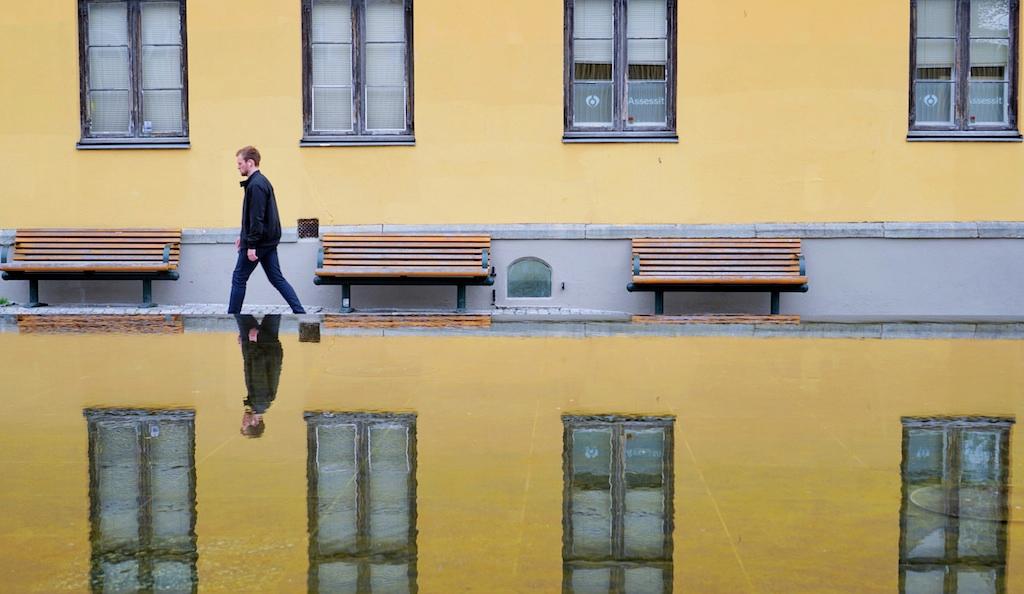 Where to find a taste of Scandinavia in London
Scandinavian influences have been around in London for some time, but the trend shows no signs of abating. We Brits look to our Nordic neighbours for many things – hygge (cosy) settings, pared-back interiors, Scandi-chic style and mouthwatering baked goods to name but a few. But where to find these trends in their most authentic forms? We round up the best Scandinavian coffee shops, restaurants, stores, brands and art in London.
Coffee shops serving superlative baked goods 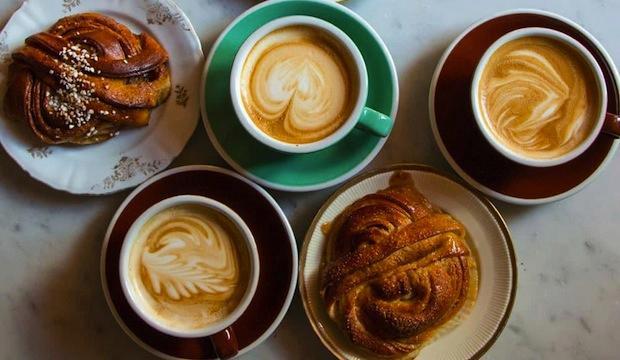 Pastries and coffees at Fabrique

Fika is a Swedish term which translates as ‘a coffee and cake break’. It’s something Scandinavians take seriously and know how to serve just right. But we all need a fika break from time to time. Thankfully, London is in no short supply of places to enjoy this tradition. A Google search for Scandinavian cafés will probably lead you to the aptly named Nordic Bakery in Soho and the ScandiKitchen in Fitzrovia, both of which offer decent coffee and traditional, cinnamon-infused bakes.

But there are more gems sprinkled across the city. Our favourites take three forms, the first of which is Danish mini-chain Ole & Steen, famous for its cinnamon social slice, which is arguably unrivaled in deliciousness. Then there are the Swedish cafés Bageriet (in Covent Garden) and Fabrique (various locations), where ordering a 'kanelbullar' (cinnamon bun) should be mandatory.

Both cafés are ridiculously picturesque with enticing window displays boasting stacks of fresh pastries. But if you prize your brew over your bake, Fabrique wins our vote. With fairtrade organic beans from the Johan & Nyström roastery in Stockholm – a brand set up by coffee-loving friends dedicated to brewing through the ‘slow roast’ method that allows flavours to develop to their fullest – this is a little bit of Swedish quality in our very own capital.

From smørrebrøds to snaps: lunch and dinner Scandi-style 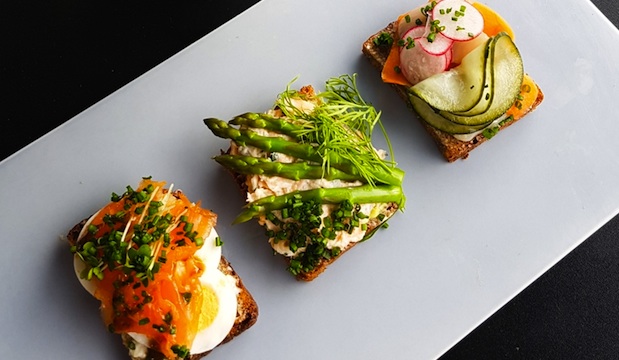 While London is in no short supply of Scandinavian bakeries and coffee shops, lunch and dinner offerings are a little scarcer. Danish restaurant Snaps and Rye is also top notch. At this breakfast-through-lunch spot, you can tuck into the likes of spandauers (Danish pastries), salmon and eggs or Nordic kedgeree, but we recommend the smørrebrøds: Scandinavia’s traditional, open-faced sandwiches. Those who come for lunch (when salmon dishes and meatballs are also served) might want to pair their dish with a cocktail from the café’s extensive menu, courtesy of the Danish Snaps Company. 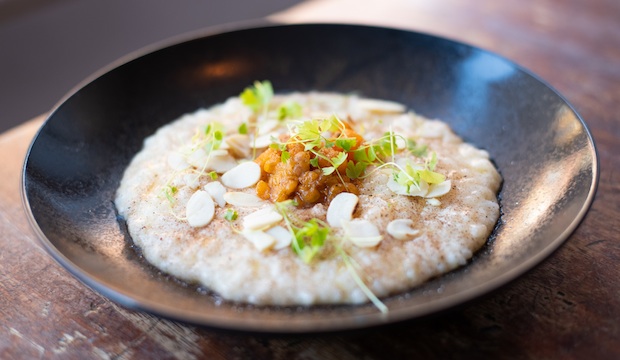 The unforgettable rice pudding at SKÅL

If it’s a Scandinavian-style dinner you’re after, you'll find none better than at new-kid-on-the-block SKÅL on Upper Street. This family-run restaurant by executive head chef Lauri J Hilli, along with his wife Angelique and their daughter Emma, oozes romance; a long, intimate dining room dimly lit and cosied by tasteful wooden furnishings. Dishes tread a fine line between being showy and homely, and draw upon flavours from Hilli’s home country of Sweden as well as his time spent in neighbouring Finland.

The menu changes seasonally, but highlights from our visit included chewy hunks of house-baked bread served with a delicately whipped cod roe spread; thick slices of gravlax with a sweet cylinder of pickled cucumber, pretty drizzle of wasabi and sweet mayo; and a generous plate of gourmet venison meatballs served with oyster mushrooms, game sauce and lingonberries. The star turn, however, came in pudding form; whatever you do, find a second stomach for the Swedish rice pudding. This fork-fight-worthy delight comes with brandy-soaked cloudberries, a sprinkling of cinnamon and crunch-lending toasted almonds.

Skål means ‘cheers’ in Swedish and its namesake restaurant is one at which you’ll earnestly want to raise a glass of ‘glögg’ (Sweden’s sweeter take on mulled wine) to toast its success. 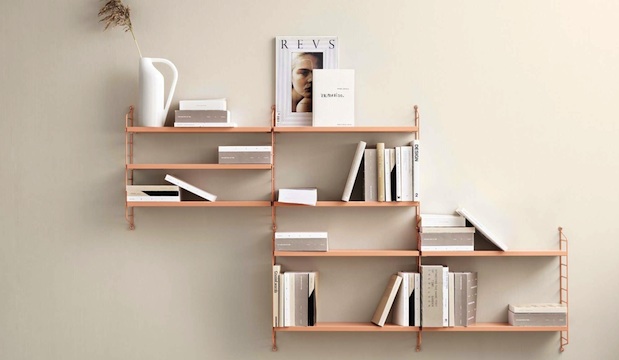 While there’s no one way to make your home look Scandi-chic, the interiors aesthetic these nations are typically known for is united by several themes: minimalism, warmth, uncluttered spaces with functional furnishings and proximity to nature (houseplants are a must, as are natural-looking wooden fittings).

While a certain Swedish chain store remains an enjoyable place to while away a rainy Sunday afternoon, far more stylish Swedish furniture can be found in London at Skandium, a chic emporium with a big online presence. Chase & Sorensen in Dalston and Aram in Covent Garden, meanwhile, are two more treasure troves for Nordic interiors inspo at which you can deck out your home Copenhagen-style.

Looking for something a bit more traditional? A visit to mid-century Scandinavian furniture store Førest London in Clerkenwell should have you covered. Wherever you head, why not complete your newly Scandified home with a Skandinavisk candle (available at John Lewis), filling the space with a scent inspired by the region’s dense woodlands. 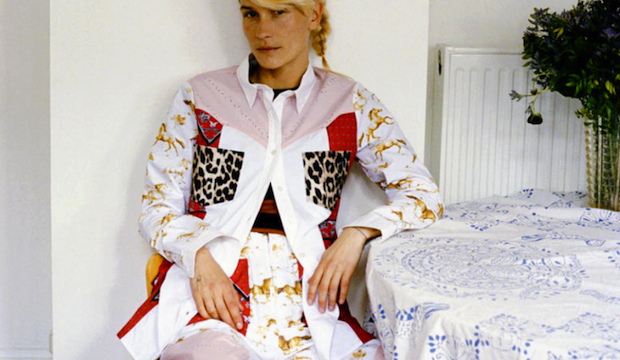 Much like Scandinavian design trends, fashion from these Nordic countries is known for championing minimalism over fussiness and quirks. But you don’t have to hop on a plane to get the look. It’s a well-known fact that high street chains H&M, Arket, Cos, & Other Stories, Weekday, Monki and Cheap Monday are all owned by the Swedish H&M Group. But high-end Scandinavian fashion brands and independent boutiques can be found in London, too.

When it comes to footwear, though, all eyes are on the latest handcrafted sneakers from lauded Swedish label Axel Arigato. These all-white trainers with their contrasting side panels can be found on London’s most fashionable feet. Why not pair them with something from House of Dagmar, a brand launched by three sisters in Stockholm that fuses practical outdoorsy wear with sleek fashion?

The Norwegian playwright whose work we love to revive 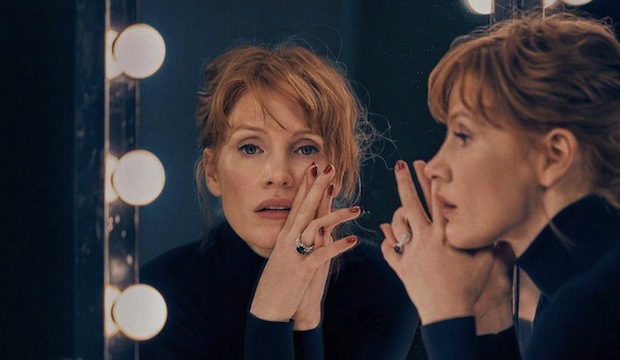 Norwegian playwright Henrik Ibsen (1828-1906) is remembered as one of the founders of modernism and a father of realism, but many of his plays were also ahead of their time. Because of this, his works continue to be regularly adapted: 2019 alone saw West End revivals of Rosmersholm, The Wild Duck and Peer Gynt.

Next up is A Doll’s House, Ibsen’s 1879 play about a dissatisfied, secretive housewife who abandons her family for independence. The play, which was wildly controversial at the time, is being reworked in two very different productions in 2020. In Nora: A Doll’s House, which comes to the Young Vic in February following a run at Glasgow’s Citizens Theatre, playwright Stef Smith positions Nora in three different time periods, ultimately questioning how much has changed for women in the past century.

This is followed, in June, by Jamie Lloyd's starry production of A Doll’s House at the Playhouse Theatre, with Golden-Globe winner Jessica Chastain in the role of Nora. This time the text is in the capable hands of Irish playwright and esteemed adaptor Frank McGuinness. Take your pick – or book tickets to both – to see why Ibsen’s masterpiece continues to resonate today.