The production blurs the boundaries of performance and examines the inherent conceit of storytelling. Over a pacy three hours Icke fleshes out Ibsen’s imagery, showing lies and secrets buried in cosy domesticy, while undercutting our understanding of truth and redemption.

There’s no pronounced beginning. House lights stay bright overhead. The Almeida Theatre stage is bare except for some lights and technical detritus in one corner.

A man with a microphone strides on stage to remind us mobile phones should be switched off. He gives us a brief contextual overview of The Wild Duck, explaining how the outdated Danish/Norwegian of Ibsen’s script makes it impossible to present a true, authentic production.

This preoccupation with integrity and illusion shapes the first few scenes as this narrator figure (Kevin Harvey) plays the part of Gregory Woods.

We get a rehearsal room insight, with actors slipping out of character to share motivations and subtexts directly to the audience. The ‘behind the scenes’ staging is awkward, subverting our expectations and casting an ironic comedy over interactions. Props are plucked from unwitting audience members, observers become characters and the story is told through symbols rather than reality. 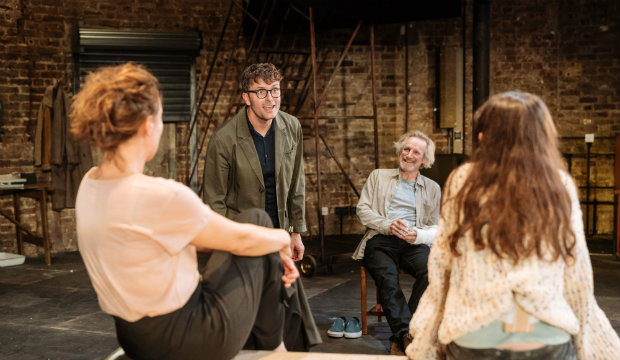 Returning home after a prolonged absence, idealistic Gregory is tormented by guilt and frustration over his wealthy father’s treatment of former colleague Francis Ekdal (Nicholas Farrell). Since being unfairly imprisoned, Francis is a broken man. The shame has trickled down to the next generation. James Ekdal, played with petulance by a tracksuit-wearing Edward Hogg, struggles to support his aging father, wife Gina (Lyndsey Marshal) and 12-year-old daughter Hedwig (Clara Read).

Driven by a belief in absolute truth, Gregory infiltrates the Ekdal family, dismantling their surface-level happiness by dragging up deeply-buried secrets. Blind to nuances and compelled by binaries, he cuts a striking parallel with our own era of culture of unwavering idealogies.

Instead of trying to replicate Ibsen’s text, Icke distills the meaning to a convincingly contemporary context, maintaining the startling lyricism without the frigidity of florid imagery. We barely notice as the story starts to dominate and meta-textual commentary gives way to more overtly theatrical performance.

Bunny Christie’s dynamic set design mirrors the shift to realism: the sparse stage slowly fills up; domestic details conjure a home out of empty space; ideas, like the titular Wild Duck, become literal; and a final reveal has us gasping in wonder and horror.

This shifting foundation provides a clarifying context for a play where metaphors start out abstract but transform into a very visceral, gut-wrenching reality. 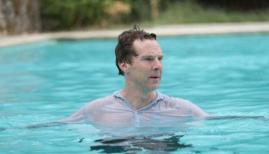