Jill Murphy's beloved The Worst Witch gets the West End treatment this summer and it's the ideal show for the 6-8 set.

After a UK tour, The Worst Witch, a bestselling kids' book series from Jill Murphy (that's also been turned into a TV show and film), has flown into the West End's Vaudeville Theatre for the summer. The stage adaptation is by Royal Television Society Award winner, Emma Reeves, who also won the 2017 British Screenwriters Award for Best Children's Programme for the TV series of The Worst Witch.

From a spooky stage set to plenty of audience interaction, this summer musical is sure to be a hit with witch-lovers of all ages, but does especially well for that 6-10 age range, who can feel a bit over the Julia Donaldson phase but still struggle with more adult West End musicals, like Wicked. The universal appeal is no surprise; after all, Jill Murphy's hit series of books first launched in 1974 and has been a favourite with generation after generation of kids.

The two six-and-a-half-year-old Worst Witch fans that accompanied us to the show (they'd each read a couple of the books in the series), loved that the signature characters were instantly recognisable, traipsing through the stalls and interacting with fans before the show even started: Miss Hardbroom (Rachel Heaton), with her severe updo, Mildred (Danielle Bird), all clumsiness and plaits, climbing over the audience in their seats, and snobby Ethel (Rosie Abraham) with her upturned nose and pretentious upbringing (although we were reliably informed that Ethel is meant to have a ponytail in the stories, not the sharp bob she possesses on stage). 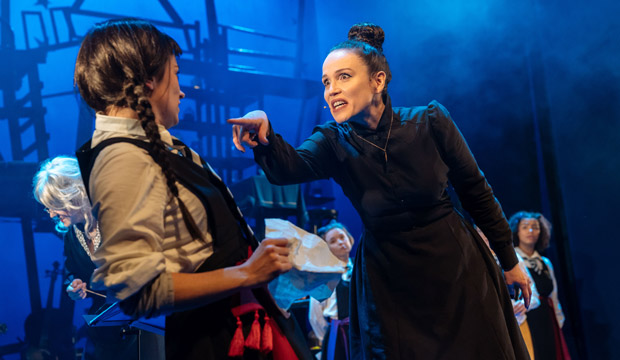 The musical adopts a show-within-a-show format so it covers multiple stories in the series: the girls at Miss Cackle's academy are putting on something Mildred came up with, which tells the tale of an outsider who accidentally ends up at witch school. From potion making to finding a familiar (that's a witch's cat, naturally), there's plenty of room for entertaining chaos - like the laughter spell turning Mildred and her pal Maud (Rebecca Killick) invisible, for instance.

The youngsters really enjoyed the more magical elements of the show: an aerial hoop/broomstick display with plenty of somersaults and precarious positioning, as well as the playful way the cats came alive on stage: with a sock puppet slipped over a hand. They also enjoyed Miss Cackle's evil twin character, Agatha (Polly Lister plays both the good and evil sisters), who takes over the second act, like an evil villain in a panto. Stopping her requires everyone, including audience members, to find the magic within them: cue the kids happily chanting and screaming at the stage.

This live-stage adaptation has all of the necessary ingredients to create the perfect summery performance: original songs and music, likeable (and enjoyably dislikable) characters and just enough chaos to keep everyone entertained.

Plus, a school setting with personalities that everyone can recognise (the class clown, the rebel, the mean girl) makes it instantly relatable, while the kooky-spooky set by Simon Daw does its job of jungle gym-meets-magic school to perfection. Ultimately, it's a story about friendship and perseverance and believing in yourself - with a positive but not sickly sweet message coming through. There's some requisite snarky humour for parents thrown in, like snide Harry Potter references and comparing Agatha to Trump. 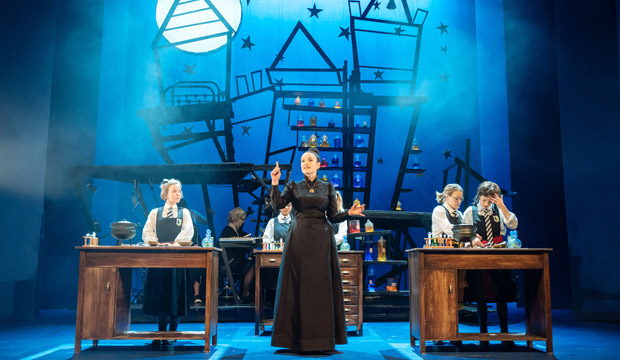 Even better than the show itself? The fact that our co-reviewers didn't just ask for their own soft toy kitten like Mildred's Tabby (available for purchase, along with Mildred's stripy socks and school badges, at the Vaudeville). They wanted Worst Witch books they hadn't yet read - and they got absorbed in them right away.