Just as most kids go through the obsessive Harry Potter stage, the obsessive David Walliams stage - where kids read every hilarious book from the author and actor, and then swiftly re-read them - typically follows. So when a stage production of one of his many popular kids' books arrives in town, you book.

Billionaire Boy tells the story of 12-year-old Joe Spud, who happens to be the richest boy in the country, with a lavish sports car, two crocodiles as pets and £100,000 a week pocket money. What Joe actually needs more than anything is a friend, so he changes school in his quest to find the things that money can't buy.

Birmingham Stage Company's production follows on the heels of other successful stage adaptations of Walliams' bestsellers, Awful Auntie and Gangsta Granny (which was nominated for an Olivier Award).

The show's designer is Jackie Trousdale, with lighting from Jason Taylor, sound from Nick Sagar and music from Jak Poore, and it's suitable for kids aged five and over. 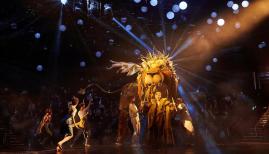 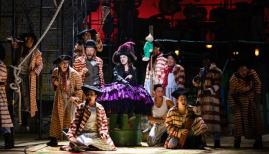