Secret Rivers at the Museum of London Docklands unearths the history of London's waterways using art and archaeology.

Secret Rivers, curated by Kate Sumnall and Thomas Ardill, does a brilliant job showcasing how important London's rivers are to the city: London exists here because of its rivers, which have played a crucial roles in transport and industry over the years, in addition to offering natural resources. London rivers also have a spiritual significance, and continue to inspire writers, artists and musicians.

The exhibition introduces artefacts, artworks and immersive videos and sound effects to bring the story of London's rivers to life, and is divided up into seven sections, beginning with the Thames (kids will enjoy the skull on display), and moving through Roman Londinium, where the river Walbrook played a central role.

The sacred relationship that Romans had with the river is illustrated through the various religious objects on display, and the significance of water as a site of purification, renewal and communion with something bigger than us is also conveyed through contemporary items like the striking cope worn by the Bishop of Lambeth at the 2019 Blessing of the Thames, created by artist Sarah Wilson from recycled plastic collected from the Thames. 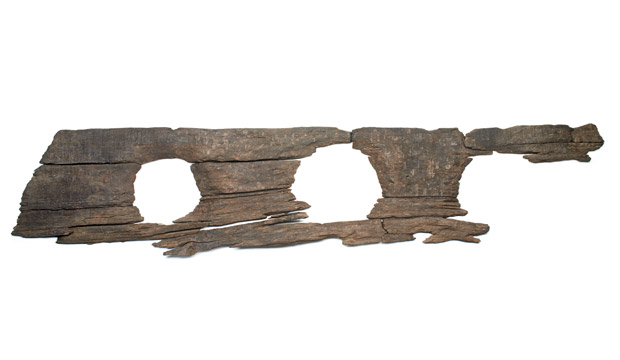 A 12thc toilet seat excavated from the vicinity of 'Whittington lay stall,' Museum of London

The next section focuses on the river Fleet, which flows beneath our feet today as part of London's sewer network, recreated as a striking video visual. This is also the room where you'll find the 12th century triple toilet seat from the medieval era: while the original is behind glass, the kids do get to play around on a modern recreation of the triple toilet.

The following room juxtaposes two rivers to illustrate the different roles they played for London's inhabitants. The Neckinger was an industrial site and housed one of London's worst slums of the time, the cholera-stricken Jacob's Islands (Dickens wrote about the neighbourhood in Oliver Twist); in contrast, the river Westbourne was the site of pleasure gardens for London's elite, who would skate, bathe and promenade along the banks of the Serpentine river, as it was popularly known.

The stark contrast between these two worlds is evoked for children in a simple, interactive way: they're invited to smell two different pots, one floral and fragrant representing the Westbourne, the other dank and foul, for the Neckinger.

The exhibition then moves firmly into the contemporary space, with a fascinating section on Daylighting, focusing on the campaigning efforts of two very different groups, Platform and the Tyburn Angling Society, who are both trying to bring London's lost rivers, the Effra and Tyburn, back to the surface. An accompanying video interviews members of Platform and the Tyburn Angling Society about their objectives, as well as asking Londoners what they would do if these rivers suddenly resurfaced. Could we be water skiing in Brixton or fishing for salmon in Marylebone at some point in the future? 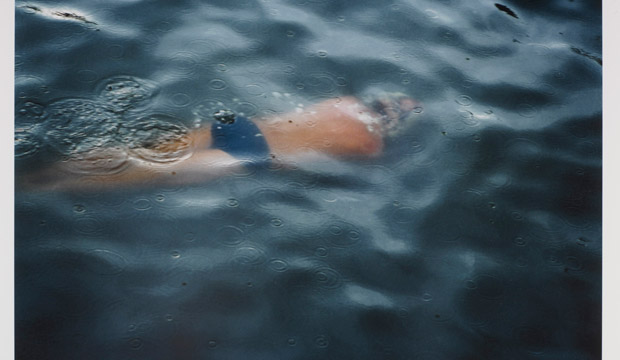 The next two sections focus on renewal and on the future, with an emphasis on the Wandle and Lea rivers and works from contemporary artists like Jane Porter (who used refuse she collected from the Wandle to make an Alphabet poster), Amy Sharrocks and Andy Sewell.

Another highlight for the kids? Data Flow by Michael Takeo Magruder, a constantly changing recreation of the River Lea as an interactive real-time environment within the gallery. The piece includes "memory streams" created by children who participated in a workshop recalling their experiences of rivers.

The exhibition's AV effects imitating the rippling of a water's surface, and sound effects of London's rivers, brooks and streams make the experience more immersive and kid-friendly, and cartography-loving kids will also like the many maps on display, which showcase everything from the Thames and its tributaries to mapping cholera in London in the 1800s.

Post-exhibition, there's plenty to do, with free kids' meals in the cafe, a Mudlarks interactive space for 0-5s and Victorian London Sailortown, where kids can dress up and explore the docks of Victorian London.

There are also plenty of exhibition-related events like walking tours tracing the paths of the lost rivers, Thames boat cruises-cum-history lessons and family workshops over the half-term. 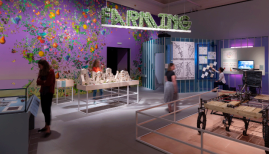