70 CW readers are interested
Lost Lagoon by Bompas and Parr, Shepherd’s Bush Lost Lagoon by Bompas and Parr, Shepherd’s Bush Holly CW
If you’re feeling bored of the dull and dreary winter weather, respite in the form of Caribbean escape is closer than you think, thanks to a new immersive experience from Bompas and Parr. The multi-sensory experience connoisseurs – known for their awe-inspiring pop-ups including immersive ice cream exhibition SCOOP: A Wonderful World of Ice Cream – have launched a new one, Lost Lagoon, this February. It’s an underground boat-based, rum-laced adventure inviting guests to explore a series of cocktail-based escapades as part of an extravagant theatrical production.

Bompas and Parr have partnered with rum brand Captain Morgan to take Londoners on their new nautical adventure underground. The Lost Lagoon can be found deep beneath the West 12 shopping centre in Shepherd’s Bush. The site itself spans an impressive 10,000 square feet and boasts a man-made lake with several islands dotted across it. 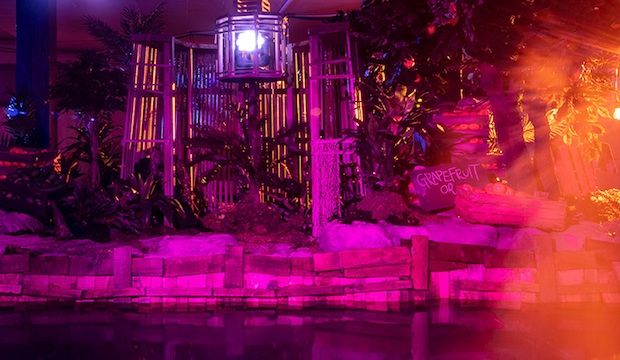 In order to fit in with your new tropical surroundings, groups are advised to follow a Neo-Tiki dress code – colourful garments and Hawaiian shirts encouraged. On arrival, you and your fellow voyagers will be immersed in a fantastical reinterpretation of Captain Henry Morgan's world.

Now budding buccaneers (aka free-roaming sailors) yourselves, you’ll be tasked with crossing an indoor sea. Along the way, you’ll stop at a series of islands where you’ll receive rum-based rations and clues on how to make a decent rum punch. Once armed with your recipe, you’ll need to navigate a treasure map to find Captain Morgan's hidden bounty: a party palace for urban luaus. Here, you’ll wile away the rest of the evening in merriment, sipping rum-based punches and tiki cocktails designed in collaboration with Hackney-based cocktail bar Scout. 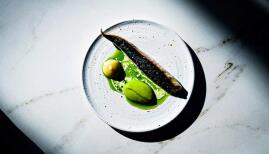