Be wowed today by the restaurants of tomorrow and celebrate hidden supper clubs, niche bars and unlikely partnerships. Here are the London pop-ups worth catching before they vanish. 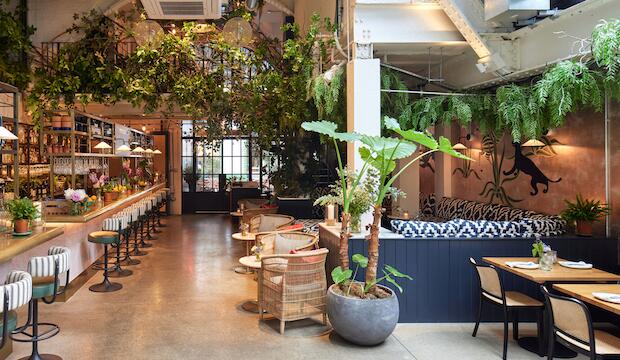 Belgravia favourite Wild by Tart is hosting a glittering line-up of culinary talent as part of a series of one-off supper clubs. Between Sunday 26 September and Sunday 5 December, Andrew Clarke and Daniel Watkins (Acme Fire Cult), Thomasina Miers (co-founder of Wahaca), Merlin Labron-Johnson (Somerset’s Osip) and Skye McAlpine (Spring) are each getting behind the stoves for one night only. Tickets cost £60-£70 per person and include a welcome drink. Ten per cent of ticket sales are being donated to the chef's chosen charity. 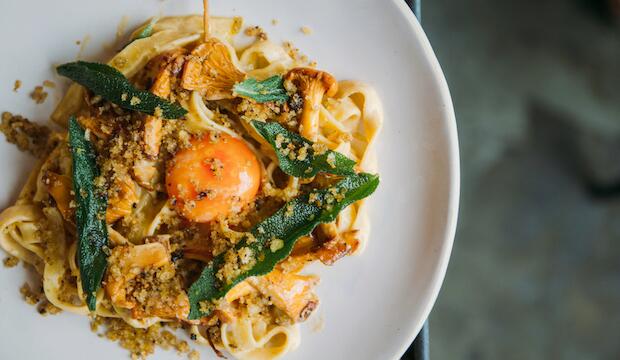 Over the past seven years, the busy kitchen at Marylebone restaurant Carousel has welcomed a steady stream of exciting guest chefs, offering them a prestigious space to fire up the stoves and impress the London clientele with their best flavours. Now, founding brothers Ollie and Ed Templeton are shutting up shop and taking the concept to a new space in Fitzrovia. But before they do, they’re welcoming guests for a final round of communal dining at the Blandford Street original. Look forward to a menu of Carousel classics including Ollie’s girolle and egg yolk tagliatelle with crispy sage and Parmesan, and, in a nod to the restaurant’s first-ever guest chef Javier Rodriguez, a low, slow-cooked smoked rib of Galician blond beef. Innovative cocktails and easy-drinking wines lead the drinks portion of the menu. 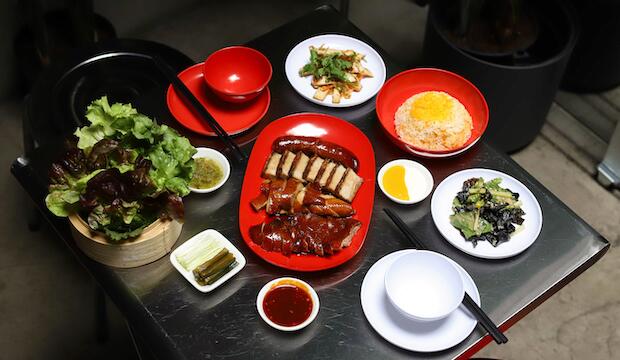 Soho hotspot Mr Ji’s might be better known for its inventive takes on Taiwanese specials, but this autumn, it’s turning its attention to the Great British Roast. With the help of Ana and Meng of TA TA Eatery – who also helped develop the restaurant’s full post-lockdown menu – Mr Ji’s is serving up Cantonese-style roast meats with a series of sparky sides. Glazed roast duck, pork belly, Taiwanese sausage and Mr Ji’s signature soy poached chicken all feature, as does a dish of dougan (pressed tofu), ssam lettuce cups and rice with salted duck egg. The set menu, priced at £67.50 for two, comes paired with an apéritif of Grapefruit Hawthorn Spritz. 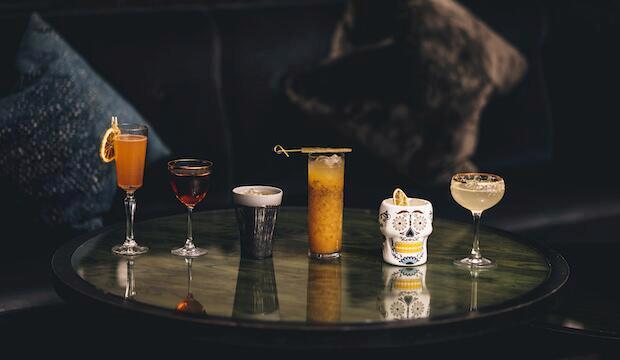 Stylish Soho venue 100 Wardour Street has transformed its pretty atrium into a Mexican-themed pop-up, Casa Wardour. Visitors have the chance to dine on a special edition menu of tacos, tostadas and quesadillas, washed down with Don Julio tequila-based cocktails. The Don Chilli (a muddle of Don Julio Blanco, passion fruit purée, sugar and chilli) sounds especially appealing. Those who book in on Thursday 23 September can look forward to live music from a roaming Mariachi band.

WHEN
Until Tuesday 2 November
WHERE
100 Wardour Street, London W1F 0TN 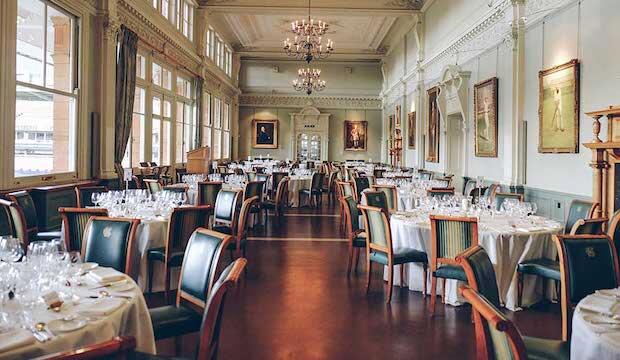 Lord’s Dining Club returns to Marylebone Cricket Club this October, with a trio of Michelin-starred chefs promising to cook up a memorable feast. Lisa Goodwin-Allen (Blackburn’s Northcote restaurant), Ollie Dabbous (London’s Hide) and Alex Greene (Belfast’s Deanes EIPIC) have each designed a four-course menu, due to be served on Tuesday 26 October, Wednesday 23 February and Tuesday 29 March respectively. Each event begins with a Nyetimber sparkling wine and canapé reception, before guests are ushered into the high-ceilinged Grade II*-listed Pavilion for the main event. Tickets from £179 - £269pp. 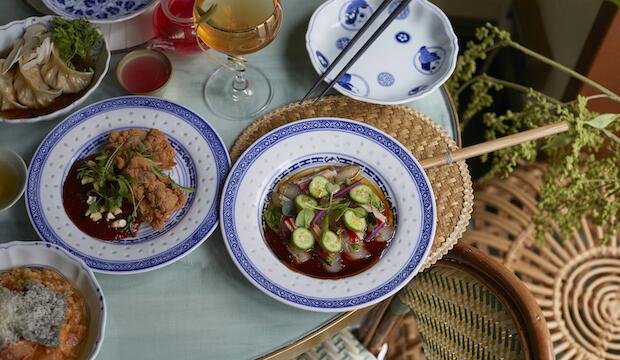 His signature ‘JFC’ (Joo’s Fried Chicken) recently earned the praise of a whole new band of devotees thanks to his Carousel pop-up, now South Korean chef Joo Won has popped up in Chinatown’s Bun Kitchen, serving up a menu of his home delicacies as well as European-inspired sharing dishes. The pop-up brings another chance to sit down to a plate of JFC, as well as sweet treats from Joo’s wife Sujin, herself a renowned pastry chef at Corbin and King restaurants The Wolseley and The Delaunay. Three-day marinated flatiron beef bulgogi; claypots of slow-cooked lamb breast served in a pear and soy sauce; and a dark chocolate cremeux with yuza marmalade, hoji tea and toasted grain cream are just some of the menu highlights. 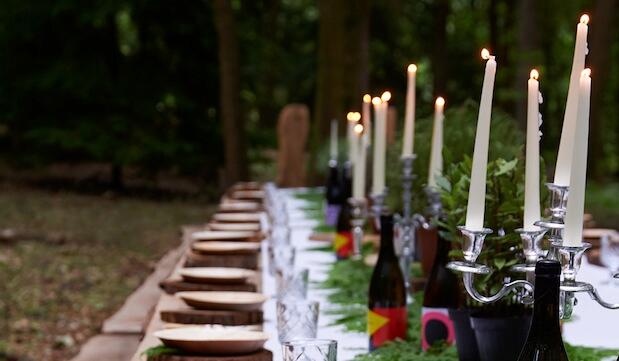 Flee inner-city life for a night of magical woodland dining. Nestled deep within 90 acres of woodland within the Chiltern Hills in Buckinghamshire, Nomadic Kitchen Table serves up a foraged feast cooked on an open flame, using wild seasonal ingredients. Nomadic can host private events of up to 30 guests between its cosy tepee and rustic outdoor dining table.

The ongoing Feast Over Fire series is priced at £99pp and includes a welcome cocktail made with local botanicals and a guided foraging tour of the estate.

Read more ...
WHEN
Until Friday 31 December
WHERE
Secret location within the Chilterns, Buckinghamshire HP8 4AB 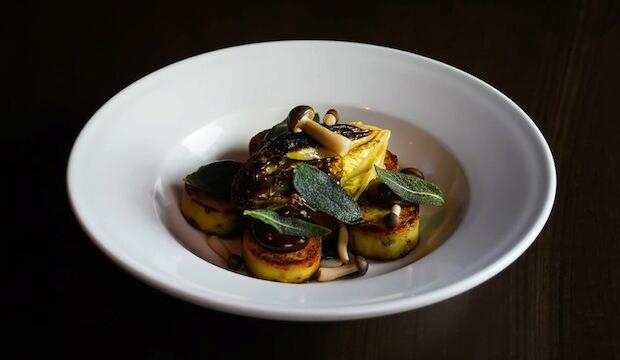 Back by deadly demand: The Murdér Express is one of Funicular Productions’ signature experiences, and it returns this season, taking new cohorts of pleasure-seekers on ‘a journey of a lifetime’. Head back in time to the newly opened Pedley Street Station, where you’ll be among the first to ride the new luxury train: The Murdér Express. Sip on cocktails, tuck in to a fancy feast but don’t get too comfy, as the train’s name unsubtly suggests, something more sinister could be on board. Look forward to entertainment and storylines from a professional cast, and a multi-course meal from MasterChef: the Professionals finalist and long-term Funicular collaborator Louisa Ellis. 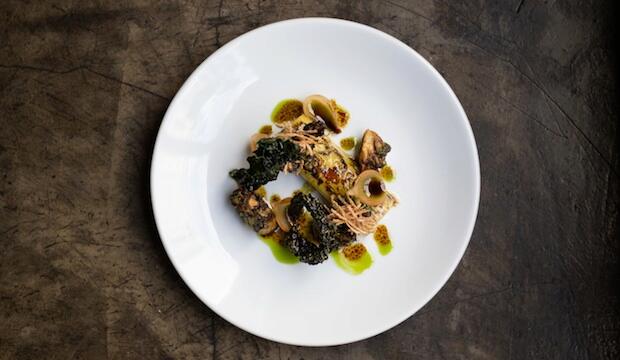 Jack Croft and Will Murray, aka the chefs behind sustainability-focused restaurant concept Fallow, were due to be in residence at 10 Heddon Street's rotating kitchen for much of the past year, but the lockdown saw them switch table service for takeaway meal kits. Fortunately, they're back behind the stoves. The pair, who met while working at two Michelin-starred Dinner by Heston, come to the Mayfair kitchen after a two-month stint at Crispin in Spitalfields.

The ‘root to stem’ and ‘nose to tail’ menu – which changes weekly and at least 50% of which is vegan – showcases the pair's pared-down, small-plate offering, and celebrates parts of animals and plants that would ordinarily be thrown away (hello, chicken scratchings and veal tail). Meanwhile, drinks place the spotlight on biodynamic and sustainable wine producers. 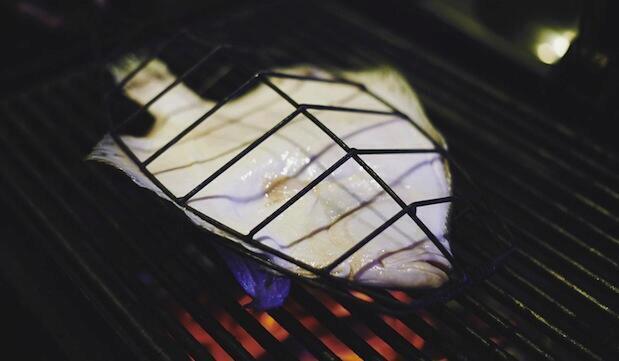 In a bid to keep his customers well fed while dining outdoors, chef-owner Tomos Parry has doubled down on the Basque-inspired, wood-fired cooking of his Michelin-starred restaurant Brat in Shoreditch, opening a covered pop-up at Climpson’s Arch in Hackney. Here, you can dine on the likes of whole turbot (a Brat signature), spider crab, grilled peas and breads from a wood-fired oven, without having to worry about the safety of dining under one roof in close proximity to strangers. Bookings are being taken for groups of two, four and six people. 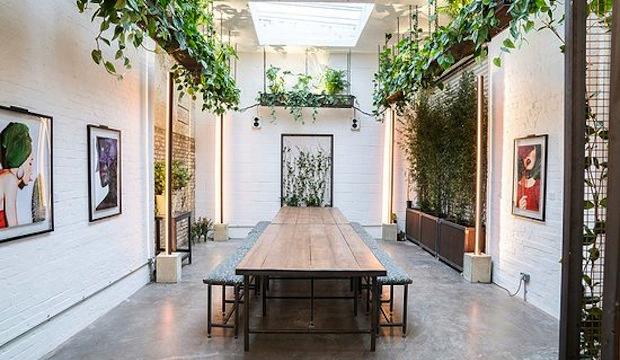 Hackney Coffee Co is a coffee shop by day, interactive fine-dining experience by night (on occasion). Going by the name Eleven98, the pop-up supper clubs are held roughly once a month and seat up to 20 guests at a time. Guests are welcomed with a cocktail on arrival – but are expected to bring their own drink of choice to see them through the rest of the evening – leaving the focus on chef Aidan Brooks’ six-course tasting menu, which is comprised largely of ingredients grown in the borough of Hackney. Tickets £66pp. 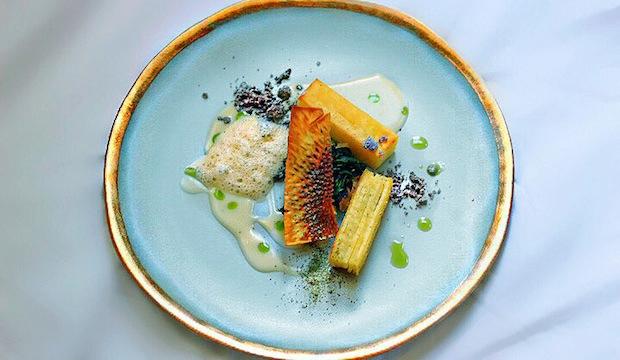 Fine dining meets Caribbean soul food at Michelle Trusselle’s delectable supper clubs. Dishes are exciting, overtly colourful and impossibly pretty – arranged with intense attention to detail on the plate. The food is sourced sustainably, too, all found locally in a bid to mirror the freshness of meals served in the Caribbean. The supper clubs are held once a month and are regularly booked up well in advance, so hurry if you want to reserve a seat at the table.

Read more ...
WHEN
New dates to be announced soon…
WHERE
Secret location in central London 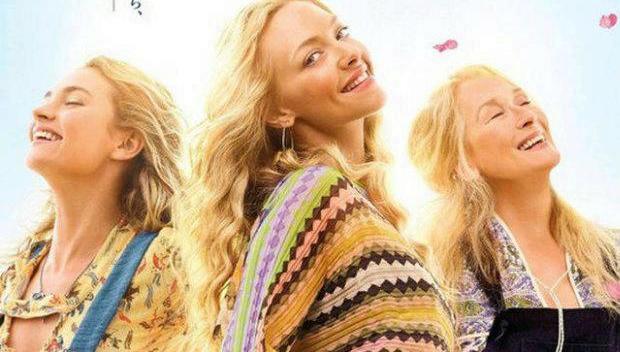 First came the music, followed by the hit stage show, then not one but two blockbuster movies, and now you can be part of the party with a Mamma Mia immersive experience. London's O2 will host a theatrical and dining experience, which has already impressed in Stockholm. Mamma Mia! The Party invites audiences into a Greek island paradise, where olive trees, trickling fountains and trailing bougainvillea transport you to Nikos' Taverna for an evening of Mediterranean food and live performance. Tickets £99 - £180.