With the first flurry of fallen leaves comes a harvest of tantalising new restaurant openings. Our stomachs are pulling us towards another new Thai from Luke Farrell, this one with a Chinese twist, a fine-dining venture from the guys behind Nest and Fenn, and an Italian restaurant worth the trip to Brighton. Here are the best new restaurants opening in London this September. 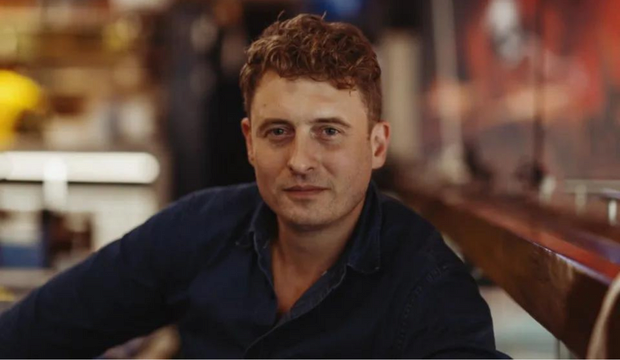 Mere weeks after he opened Viet Populaire, a casual dining joint serving authentic bánh mì (Vietnamese baguettes) in JKS-run street food hub Arcade Food Hall, which also houses his new southern Thai restaurant Plaza Khao Gaeng, and Southeast Asian cookery connoisseur Luke Farrell is back on Rupert Street, the site of his former bánh mì pop-up, with a new permanent restaurant, Speedboat Bar, specialising in Thai-Chinese cuisine. Hoping to recreate the flavours and hungry chaos of the restaurants in Bangkok’s Chinatown, while filling the space with a thrill akin to speedboat racing along the city’s market-lined canals, Farrell’s latest outpost showcases wok-fired specials, seafood salads, hearty duck curries and a special of tom yam mama soup. Dishes are seasoned with herbs and other Thai ingredients grown on Farrell’s nursery in Ryewater. The drinks list is also in keeping with the theme: the brave can sip on snakesblood negronis, while the squeamish might prefer to stick to a jelly Bia made with frozen Leo lager. 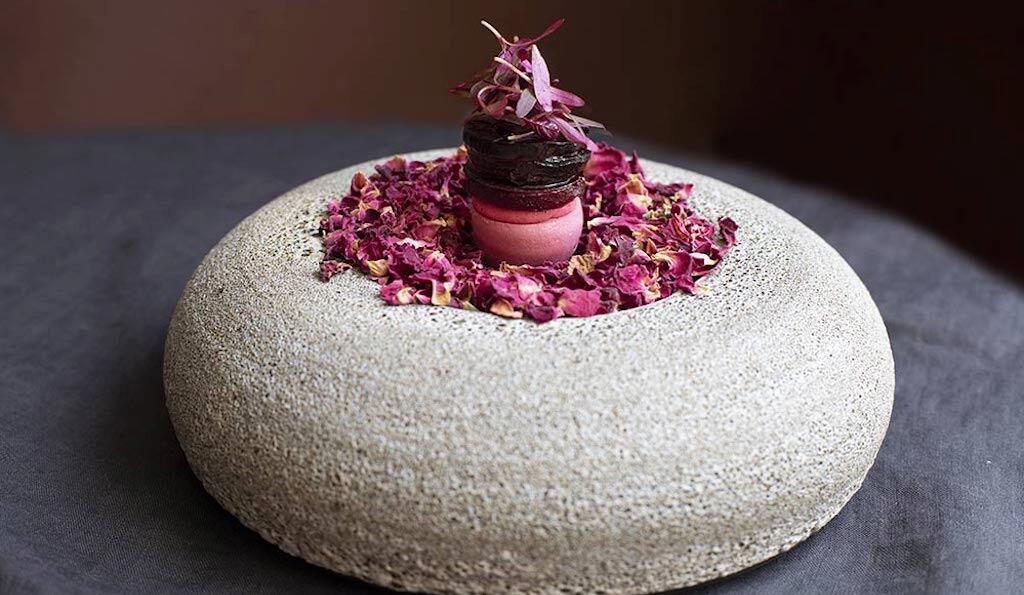 Fans of Hackney’s farm-to-fork restaurant Nest and its Fulham offshoot Fenn, listen up: there’s a third sibling on the way, and while championing hyper-seasonal produce and small-scale farmers remains at the crux, this one’s an altogether fancier affair, serving its offering as a 15-course tasting menu (with a cheaper, six-course lunch variation for half the price). The experience begins in an intimate bar area, where diners will be offered a selection of delicate canapés and house-cured meats, before being led into the main dining room, where further menu highlights include: native blue lobster with fermented red peppers and British XO sauce; poached cod with preserved Wiltshire truffle; and a dessert of Hackney honey and lavender. 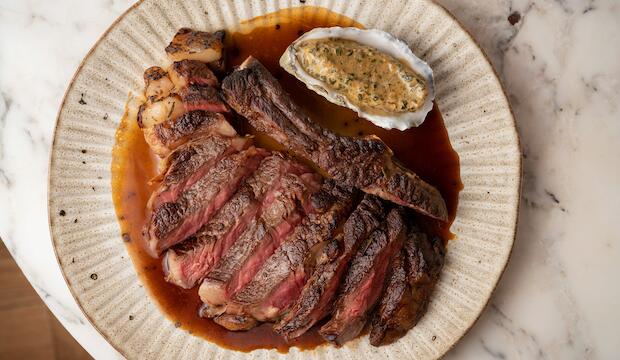 Cresting the wave of its success in Queen’s Park, Aussie hot-spot Milk Beach is getting a second site in Soho. Tip-top brunches with Southeast Asian flair remain the pull here (who wouldn’t want to try Vietnamese curried crab with folded eggs on a house-made crumpet?). Ingredients are organic and sustainable, and coffees can even be traced back to their farm of origin. Those who come for dinner can look forward to a selection of sharing plates and low-intervention wines and cocktails. Those looking to make a night of it should roll over into new party bar The Little Scarlet Door, which recently opened on the same site. 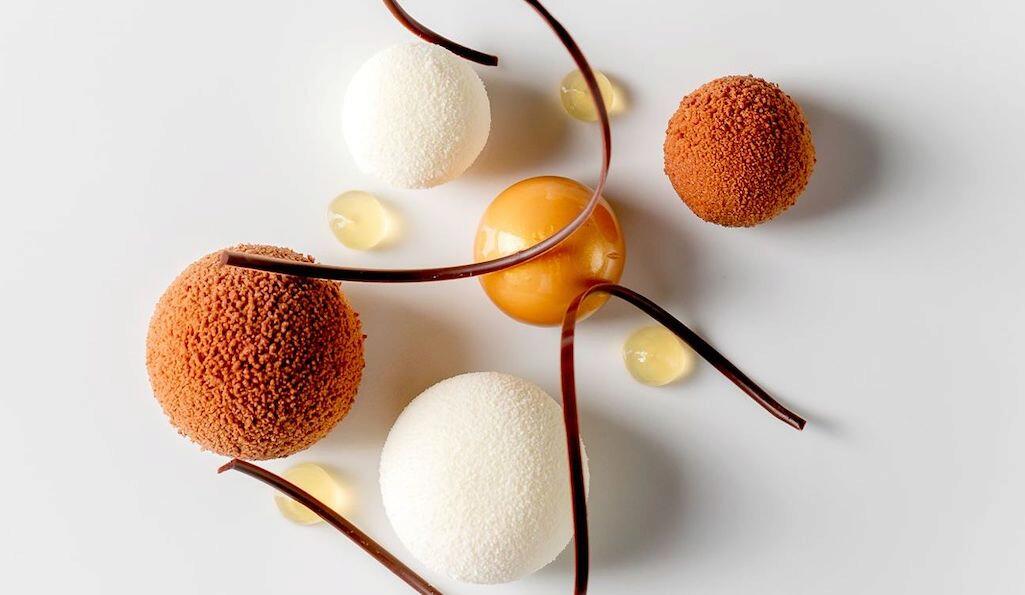 The loss of two-Michelin-starred restaurant The Greenhouse was one of hospitality’s most shocking pandemic casualties. Thankfully, its former executive chef Alex Dilling is making a comeback, taking over the kitchen at Soho’s Hotel Café Royal. A cosy space for just 34 diners, Dilling’s new restaurant specialises in the French fine dining he mastered under the guidance of Alain Ducasse while working at Adour in New York. Caviar is one of Dilling’s most prized ingredients and here, it’s woven into dishes like the ‘aged kaluga caviar’ served on a 'fine de clair' oyster with long pepper. 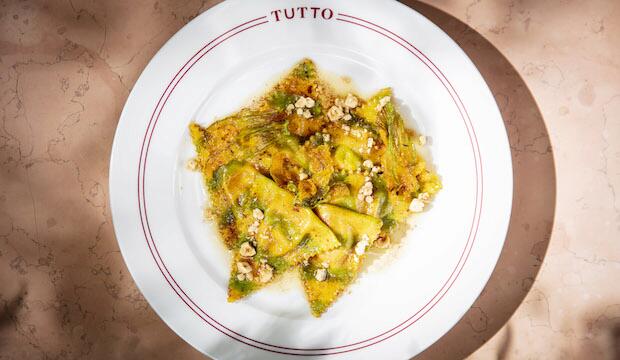 One to travel for: Tutto, Brighton

Tutto might be an hour away from the capital in Brighton, but it comes from London restaurant pedigree: head chef Mirella Pau helms the kitchen, bringing years of experience at pasta palace Padella and Italian favourite Café Murano to her new post. Restaurateur Razak Helalat is no less impressive, already overseeing three of the city’s best restaurants: The Coal Shed, The Salt Room and newbie Burnt Orange. Tutto marks Helalat’s first venture into Italian cuisine though. Highlights on Pau’s inaugural menu include mangalitza pork sausage ragu and garganelli, fennel and pangrattato; seafood risotto with datterini tomatoes and Amalfi lemon; and a dessert of vin santo tiramisu. In addition to a 90-bottle wine list, the drinks feature classic Italian cocktails, including an entire menu dedicated to spritzes and negronis. Cin cin!