Sampled by Kanye West and many others, the father of Ethio-Jazz arrives in Hackney in September

1 CW reader is interested
Mulatu Astatke brings Ethio-Jazz to Hackney Mulatu Astatke brings Ethio-Jazz to Hackney Harry Langham
Amongst the babble of chatter in one of the opulent party scenes of Paolo Sorrentino’s film The Great Beauty, there is a line that sticks in the mind, as one of the socialites in attendance remarks, ‘Everybody knows that Ethiopian jazz is the only kind worth listening to these days.’ The line, though apparently commendatory of the genre, speaks more to its fashionability than to any sense of real musical appreciation. As the father of Ethiopian Jazz, Mulatu Astatke has proven however, there is a great deal more to this genre than its novelty.

TRY CULTURE WHISPER
Receive free tickets & insider tips to unlock the best of London — direct to your inbox
Born in the western Ethiopian city of Jimma, Astatke arrived in Britain in 1959, before earning a place at Trinity College of Music in London. Leaving the country in 1963, he enrolled as the first African student at Boston’s prestigious Berklee College, before moving to New York to pursue his passion for jazz and Latin music. Returning home to Addis Ababa in 1969, Astatke discovered a thriving musical scene, and was inspired to attempt an ambitious fusion between the burgeoning jazz styles he had experienced in America and the indigenous sounds of his homeland. From this fusion, a new genre was born, known today simply as ‘Ethio-Jazz’.

Astatke’s music is in no way old-fashioned, though. In fact, his distinctive sound has been sampled widely by a number of artists, including Kanye West, Four Tet, K’Naan, Nas and Damien Marley, whose 2010 hip-hop/reggae mashup As We Enter samples the blasting trumpets and off-beat rhythms of Astatke’s Yègellé Tezeta.

This autumn, on 16 September, Astatke will be bringing his pioneering sound to the Hackney Arts Centre, for what is undoubtedly one of the highlights of the summer for the London jazz scene. The sound is an enthralling cocktail of the familiar and the alien. There is nothing strange about the instruments in themselves – most of Astatke’s pieces revolve around bass guitars, trumpets and saxophones – but when they come together it's as if they speak a different language, one that seems to connect the listener with the ancient past, and with Ethiopia – the cradle of mankind.

Tickets are on sale so book now for your place on a musical journey that spans the continents. 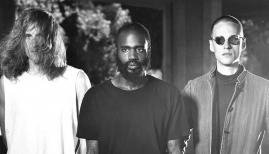