Jazz star Natalie Williams is coming to The Conduit

Natalie Williams: My love of music started at school. A jazz singer came in to do a workshop with my class when I was about 14 and I immediately felt like,'Oh my god, this is what I want to do!'. I came home and told my dad I wanted to be a jazz singer and he took it really seriously, telling me to go for it. That was that, really!

FR: How would you describe the music you write?

NW: I would say my music is singer-songwriter meets classic soul meets jazz. I love feeding off other musicians and incorporating interesting grooves and rhythms. My husband [bassist Robin Mullarkey] is a phenomenal bass player and all-around musician (and he’ll be joining me for my show at The Conduit). When he puts on a track at home it’s rarely one style of music; sometimes it’s amazing Brazilian beats, other times electro. I listen to as many different genres as possible and try to absorb them.

FR: How did your residency at Ronnie Scott’s come about?

NW: One of the main benefits of going to music college was that I met a big group of musicians and we grew up together. Now we work together all the time – one gig leads to another and it tends to snowball. The Ronnie Scott’s gig came up because a group of people from college gave me a call when they got the gig to do the Ronnie Scott’s House Band and were looking for a singer. I started working as the resident singer at Ronnie’s and then later asked to bring my own band along to do the Soul Family Sundays residency. That was 13 years ago!

FR: What’s your impression of the London jazz scene at the moment?

NW: I think it’s a really exciting time. Jazz is back in! You can tell by the fact that Ronnie Scott’s is sold out every night and other venues across London are doing really well too. There’s a lot of great up-and-coming young players, a lot of cool collectives and collaborations. There are also some amazing vocalists coming out of the woodwork. Back when I went to music college there were only one or two singers per year. Now there are about 36! People used to say that jazz is a dying art form, but I think it’s quite the opposite. 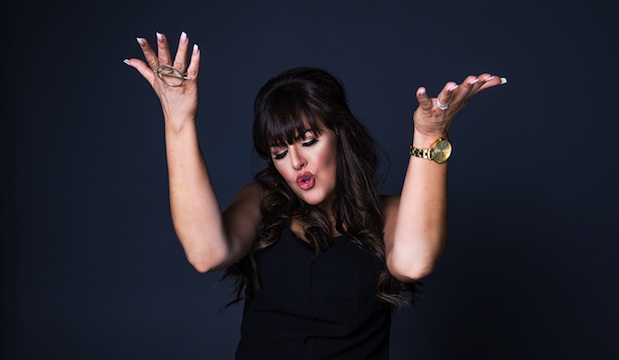 FR: What would you say to people who believe that jazz is complicated or inaccessible?

NW: The thing with jazz is that there are so many different sub-genres; there are beautiful, more melody-led pieces that are easy to digest, and then there’s the more experimental stuff. Ultimately, if the song is good it should appeal to almost everyone. Quite often, someone will come up to me after I’ve played at Ronnie’s and say, 'I didn’t know I liked jazz, but I really enjoyed that!'. People worry that it will be too complicated to understand but if it moves you, it moves you. I think you’ve just got to be open-minded and nine times out of ten you’ll be pleasantly surprised.

FR: Do you feel that jazz has a gender equality problem?

NW: I think there has been an element of gender imbalance – as there has been in a lot of industries – but it’s changing. At the moment, it’s a ratio thing. If you’re seeing fewer women than men playing jazz onstage it’s because there are fewer women choosing to learn those instruments to begin with and take them to that level. It works the other way too; when I do a gig with string players, they all tend to be women. However, the balance is getting better and there are loads of great up-and-coming female musicians. You’ve got artists like Beyoncé hiring an incredible all-female band and they’re wicked! I fully endorse that.

FR: Which musicians are inspiring you at the moment?

NW: There are so many! I have guest artists at my Ronnie Scott’s nights so that the audience can experience something different and exciting. One of them was an amazing artist called Tawiah.She was part of Soul Family Sunday in the early days and has since recorded with people like Mark Ronson. Another person I love is Jacob Collier. He’ll collaborate with everyone from an incredible North African musician to an RnB singer. Vocally, Lalah Hathaway is awe-inspiring. Whenever I see her live it’s a masterclass.

FR: What role do you feel music has to play in driving social change?

NW: Music can be such a powerful force for healing and can also make a real political statement. Think about the fact that no musicians wanted to perform at Trump’s inauguration and how impactful that decision was. There are great examples in the past – musicians like Nina Simone who have had strong opinions on real issues and have used their music for that purpose. Personally, I would be the first to put my hand up to perform at an Extinction Rebellion uprising. If I can help in any way, I will.

Natalie Williams is performing at The Conduit on Saturday 23 November. Email programme@theconduit.com to book

This article was created in partnership with The Conduit, a home for a diverse community of people passionate about social change. Bringing together social entrepreneurs, investors, creatives, business leaders, policymakers and civil society, The Conduit acts as a catalytic platform for individuals tackling some of the most pressing challenges facing us today. For more information on The Conduit and their After Hours membership, visit www.theconduit.com.