6 CW readers are interested
Eco-visionaries, Royal Academy review 3 Eco-visionaries, Royal Academy review Kristina Foster
Click here to book ticket for Eco Visionaries at the Royal Academy A golden chair seems to disappear into the ground, its legs sinking into an invisible puddle. Alaska Chair (2018), created by the designer and fashion soothsayer Virgil Abloh, was presented at the Venice Biennale earlier this year, inspired by the city's acqua alta phenomenon i.e. the flooding that takes place annually. In the same week that Venice sits half submerged in water in what is being described as the worst flooding in over fifty years, brought about by rising sea levels and unpredictable weather patterns, the piece has a tragic poignance at the opening of the Royal Academy's new exhibition Eco-Visionaries.

Disaster art is all the rage in London this year, and that's a good thing. From an exhibition calling for a re-evaluation of the food cycle at the V&A to a sustainability-focused London Design Festival, it's clear that the art and design industries are doing plenty to address resource depletion and the ecological crisis. Now the Royal Academy puts these issues under further scrutiny. 21 works by international practitioners aim to translate environmental catastrophe into visual terms in order to demystify a topic which is often shrouded in statistics in the hope of connecting the issue with viewers more deeply.

The exhibition wastes no time in issuing ominous warnings and diatribes against the world's major polluters. We meet an installation by urban design studio HeHe which consists of a globe submerged in a murky tank of water, a chilling albeit obvious metaphor for the greenhouse gases enveloping our planetary home. A series of photographs by Olafur Eliason, an artist known for taking inspiration from the natural landscape of his native Iceland, depicts glacial ice melting over time, simultaneously confronting us with our own self-effacement. 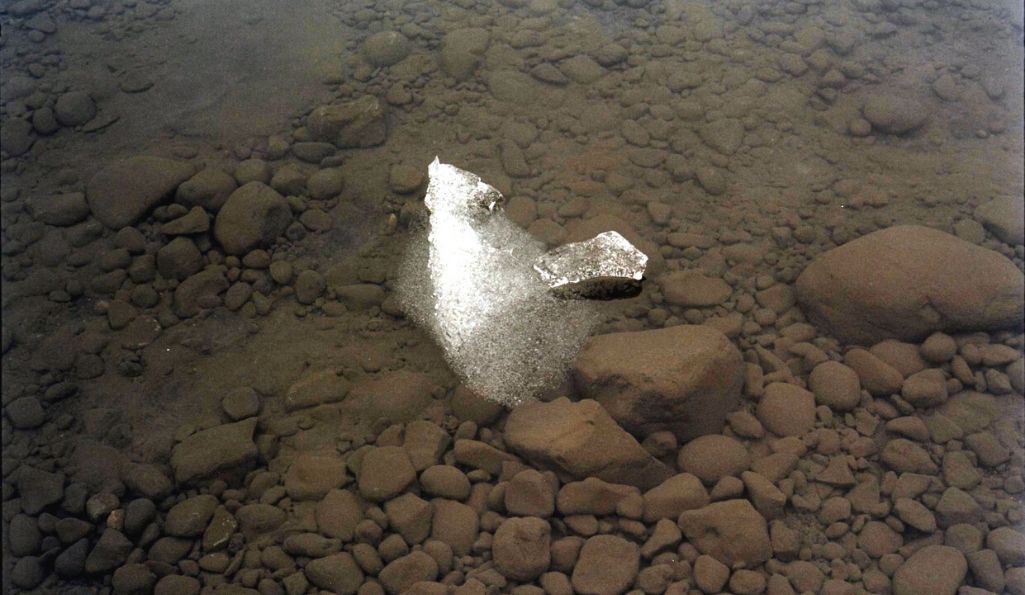 However, most of us are already aware of rising sea levels and melting glaciers; for many, these are lived experiences. These interpretations seem feeble in comparison to the floods currently wreaking havoc across Europe and parts of the UK. In these apocalyptic times, one is in the mood more for cutting-edge design solutions rather than artistic statements.

These only come in the final room of the exhibition. A tank by SKREI which converts waste into fuel and an 'Island House' designed by Spanish architect Andrés Jaques which sprays out collected rainwater in order to combat drought are the kinds of innovations that we've come in search of. However, the exhibition ends by reverting to nebulous finger-wagging in a creepy immersive installation involving a tank of live jellyfish and a voiceover blaming us and these brainless invertebrae for swathes of ecological destruction.

There are some real multi-media gems in the show, such as Alexandra Daisy Ginsberg's digital recreation of the last male white rhino which died in 2018, but also enough architectural models to stultify the senses. But the exhibition doesn't need to be a blockbuster; it's all part of a growing movement which has been snowballing over the past year. The spirit of the Extinction Rebellion protests have started to infriltrate our museums, and it's a voice that will hopefully continue to grow.