9 CW readers are interested
AI: More than Human, Barbican Centre review 3 AI: More than Human, Barbican Centre review Emily Spicer
Our desire to breathe life into objects might have its origins at the beginning of human history, when dancing shadows on the walls of caves seemed like beings with minds of their own. This exhibition at the Barbican Centre doesn't go quite that far back, but makes it is clear that humans have long wanted to animate – or reanimate – the lifeless, from the animistic beliefs of ancient Japan to the Jewish golem and Mary Shelley’s Frankenstein.

Building a creature without a heartbeat is one thing, but creating one that can think and learn is no longer the stuff of science fiction. Here we are given a whistlestop tour of the progress of AI, from its roots in our imagination to its rapid development over the last century. AI learns; it adapts, through trial and error, just as we do from the moment we are born. More than this, AI can now outmanoeuvre the human brain. In 2016, a computer named AlphaGo (developed by Google DeepMind) became the first to defeat professional player Lee Sedol at a complex strategy game called Go. It was a seminal moment in artificial learning, and a fascinating video display tells the story of the champion out-manoeuvred by the artificial player. But there is a twist. Between them, Sedol and AlphaGo redefined the game, creating new strategies that had never been played before. 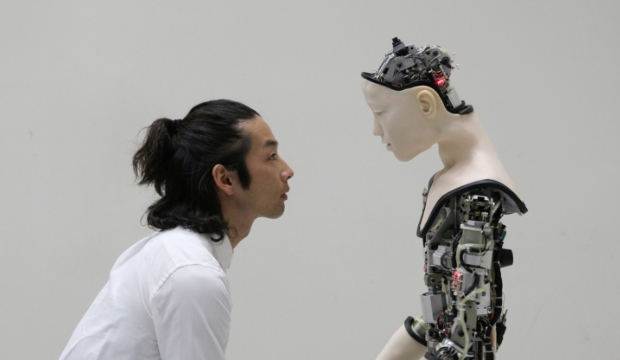 There are plenty of opportunities to interact with the technology on show. A robot dog, designed to be as endearing as possible reacts (sort of) to being played with. On the other end of the spectrum an (unintentionally) disturbing robotic torso flails its limbs as it tries to copy the gestures of whoever stands in front of it.

What these examples demonstrate is that fully functioning robotic humans (or dogs) are a long way off and we needn't worry about being overrun by a malfunctioning army of robot butlers any time soon. But AI is creeping into our lives in more subtle ways, influencing our shopping choices, our financial decisions and even our politics. The displays tackling these subjects are truly sobering. For example, you can play at guessing whether extracts of text have been written by a computer or a human and it is very difficult to tell the difference.

Crucially, this exhibition also highlights the limits of AI. Far from being a neutral entity, a computer can learn our biases. Joy Buolamwini, a scientist, activist and founder of the Algorithmic Justice League, has uncovered some uncomfortable truths. She has found that facial analysis technology from the leading tech companies perform better when presented with white males. The same software struggled to identify women and was particularly inefficient at recognising black woman. Buolamwini’s spoken-word piece AI, Ain’t I a Woman highlights these issues. 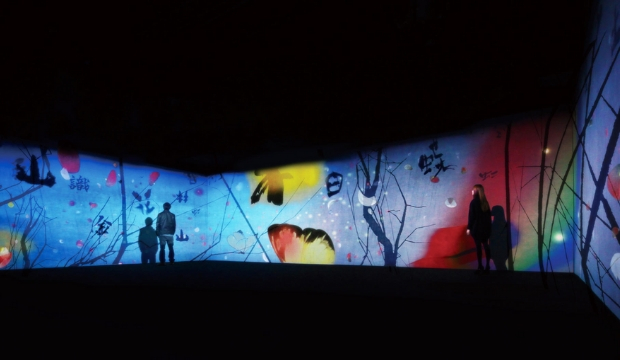 But it is not all doom and gloom. Artificial intelligence can help us prepare for climate change, enable us to grow our own food in programmable micro climates (one day every house might have a personal food computer) and help us tackle disease. Organ-Chips – micro engineered systems that can help us test drugs – are already in use.

For a moment of interactive escapism head to the Barbican's studio theatre, for teamLab’s What a Loving, and Beautiful World. The interdisciplinary collective specialises in creating heightened images of nature, and its algorithms adapt to every individual movement, meaning that no two experiences will be the same. With soothing music and floating visuals it the perfect tonic to the dystopian possibilities of artificial intelligence.

This exhibition is crammed with information and gadgets, to the point where it feels a little cluttered, even claustrophobic, at times. The carpeted display columns are a touch out-dated for an exhibition about the future and some of the technology was having teething issues – a reminder that computers are still fragile instruments. But you are bound to come away having learnt something new, and, most likely, to have further questions about the algorithms that drive our online lives.