Kubrick’s films pushed the boundaries of story-telling and paved the way for countless productions to follow. Daring, ground-breaking and often divisive, his output inspired George Lucas, James Cameron, Tim Burton, Wes Anderson – the list goes on. And who knows, perhaps Stanley Kubrick: The Exhibition at the Design Museum will sow seeds in the minds of a new generation of directors.

After being greeted by a corridor of screens playing scenes from Kubrick’s greatest hits – the closest we’ll ever get to actually walking into one of his films – visitors will enter a room packed full of artefacts. It is absolutely crammed with items, including Kubrick’s director’s chair, film posters and clapperboards that look as though they’ve come straight from the set. There's almost too much here, but it’s an absolute Aladdin’s cave for film buffs.

The exhibition guides us through Kubrick’s life’s work, film by film with the books, photographs and designers that inspired him. There’s also production art, costume designs and props, including the masks that Tom Cruise wore in Eyes Wide Shut, the army helmets from Full Metal Jacket and the model maze that appeared in The Shining. 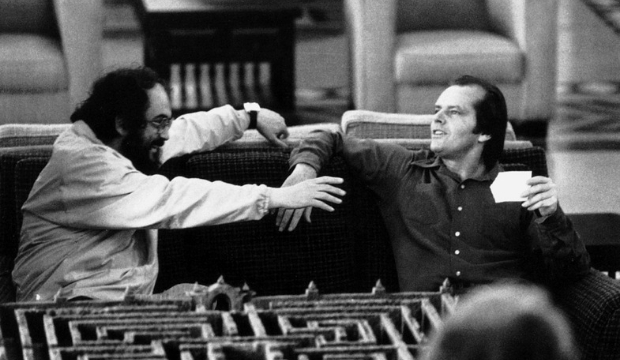 In the room dedicated to A Clockwork Orange – perhaps the most striking in the exhibition – the costumes worn by the protagonist (the young delinquent Alex), sit alongside tables made from naked female mannequins that appear in the film’s opening scene. They were inspired by the art of Allen Jones, who almost worked on the film, but he just couldn’t accept that his artworks were being used merely as props. When he and Kubrick couldn’t agree a fee, he pulled out of the project, after having designed a provocative PVC costume that exposes a waitress's buttocks. 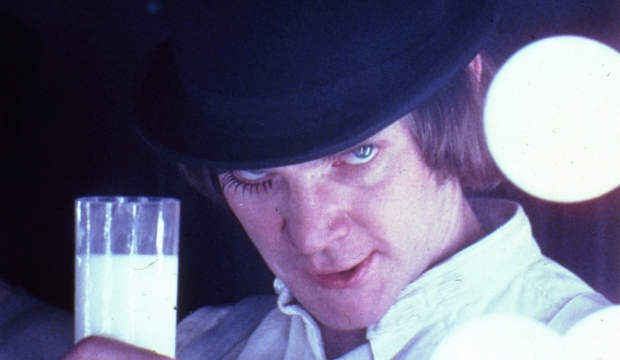 The curators leave 2001: A Space Odyssey to last. Released in 1968, just a year before the moon landing, its design set the tone for almost every space film to follow. Clinically white sets, circular doorways, balletic scenes of spaceships drifting through the cosmos, astronauts floating into the black eternity of space, the dangers of AI and cryogenic freezing – it’s all covered in a film that was light years ahead of its time. And the concept art on the walls of this room is stunning.

Throughout the exhibition we get a real sense of Kubrick the director, of his eye for detail, and the painstaking control he exercised over his productions. His authoritative annotations on photographs and set designs pepper the exhibition. He was known for driving some of his collaborators to distraction, even after his death. In 1999, when Spielberg took over production of A.I. Artificial Intelligence, a film about a robot child who longs to become a real boy, he said he felt the weight of Kubrick’s authority baring down on him, as though he was being ‘coached by a ghost.’ And the ghost of Kubrick certainly lives on in this exhibition, as it will in cinema for many, many years to come.