There's an abundance of art deco architecture in London. We've rounded up the most striking structures that will take you on a journey through the jazz age 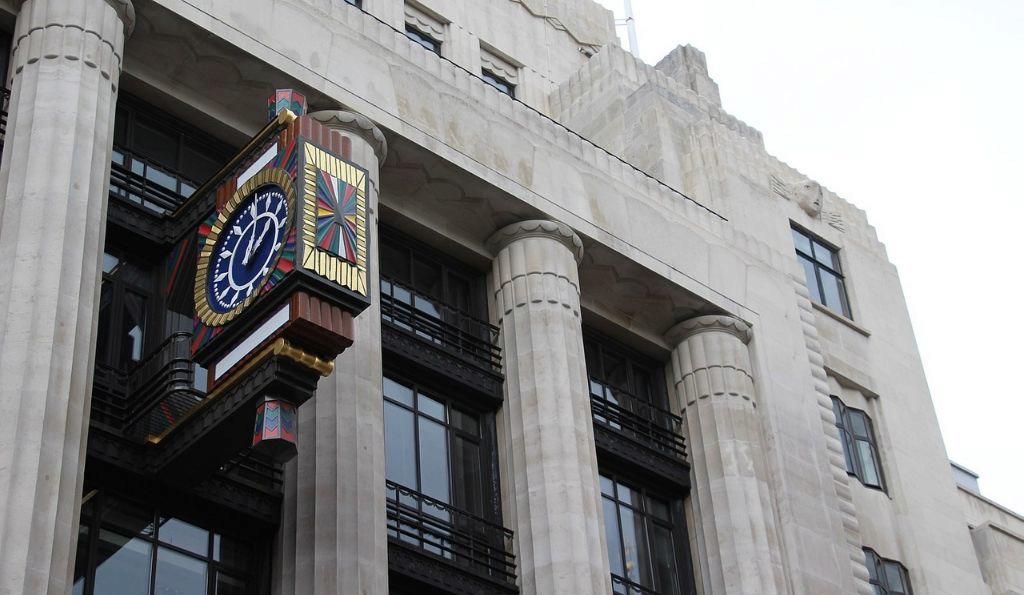 London's art deco architecture
As the inter-war period's architectural style de rigueur, Art Deco would become indelibly associated with unstoppable modernity: luxury flats, stylish airports, shimmering sky-scrapers, not to mention the architectural leitmotif of F. Scott Fitzgerald novels – all united through an emphasis on geometric forms and gleaming surfaces which reflected the excess of the age.

The style received international recognition at the Exposition Internationale des Arts Decoratifs et Industriel Modernes in Paris in 1925 and soon after spread across to the USA and Britain. If you're looking to tour some of London's architectural highlights, then why not spend the day standing in awe of the modern monuments which channel some serious old school glamour. 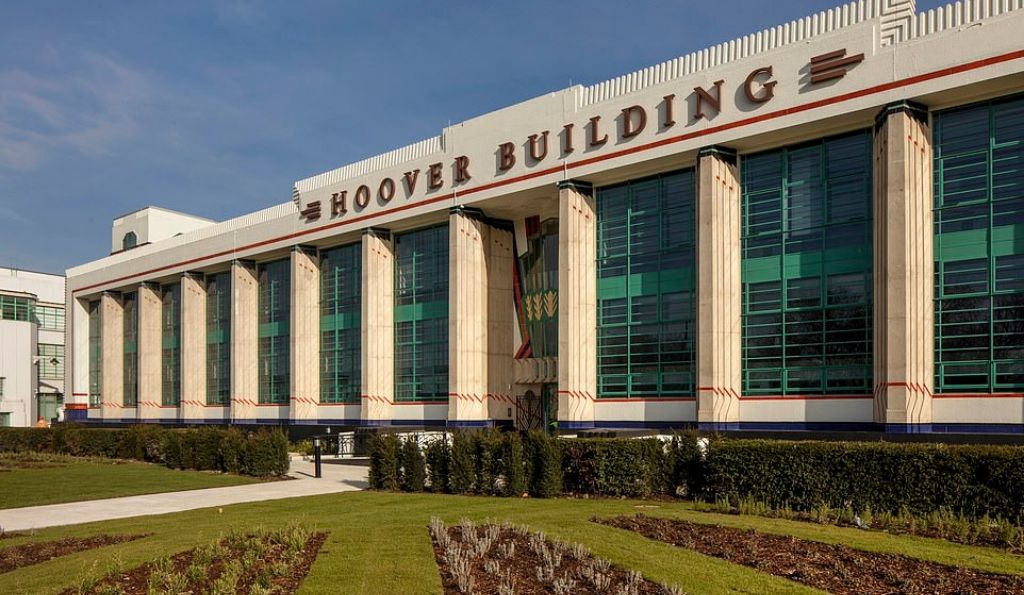 It's no surprise that many of London's Art Deco monuments were associated with the rise of mass-production in the 1930s. Ealing's Hoover Building was created as the shiny UK headquarters and manufacturing plant for the Hoover Company. At its prime, the factory employed 1,600 people, all tirelessly churning out products, repairs and spare parts. In March 2018, the architectural studio Interrobang converted the building into flats, preserving many of its original art deco features. 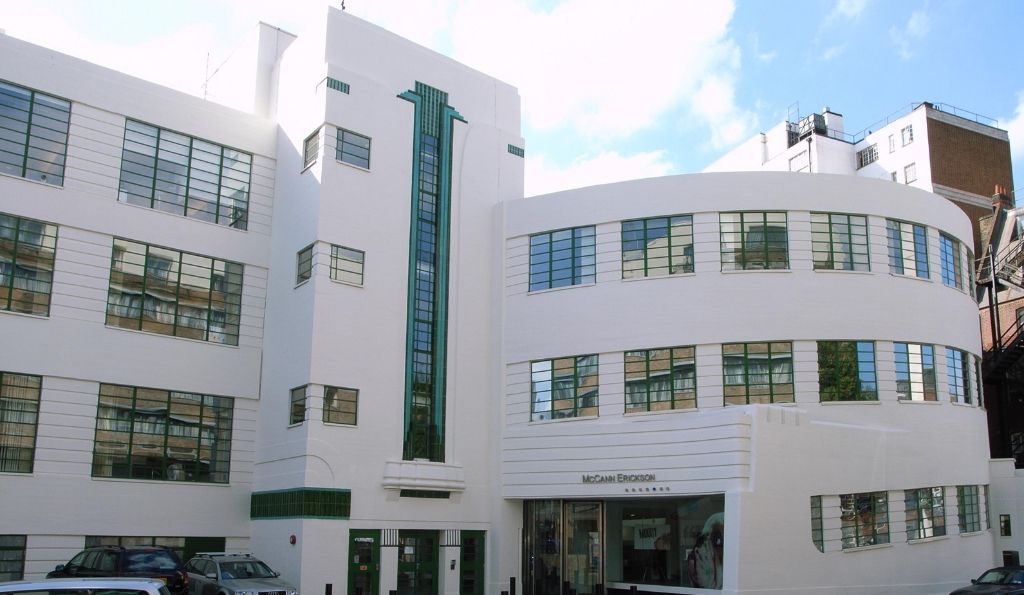 Designed by the same firm behind the Hoover Building, Wallis, Gilbert and Partners, the Daimler Car Hire Garage is Bloomsbury's own Art Deco gem. In the 1920s it was the snazzy headquarters of Daimler Hire Limited who supplied luxury chauffeur-driven limousines for hire to London's Bright Young Things. They would later expand their services to include aviation and yacht rentals, allowing customers to travel in style 'by road or air to anywhere'. 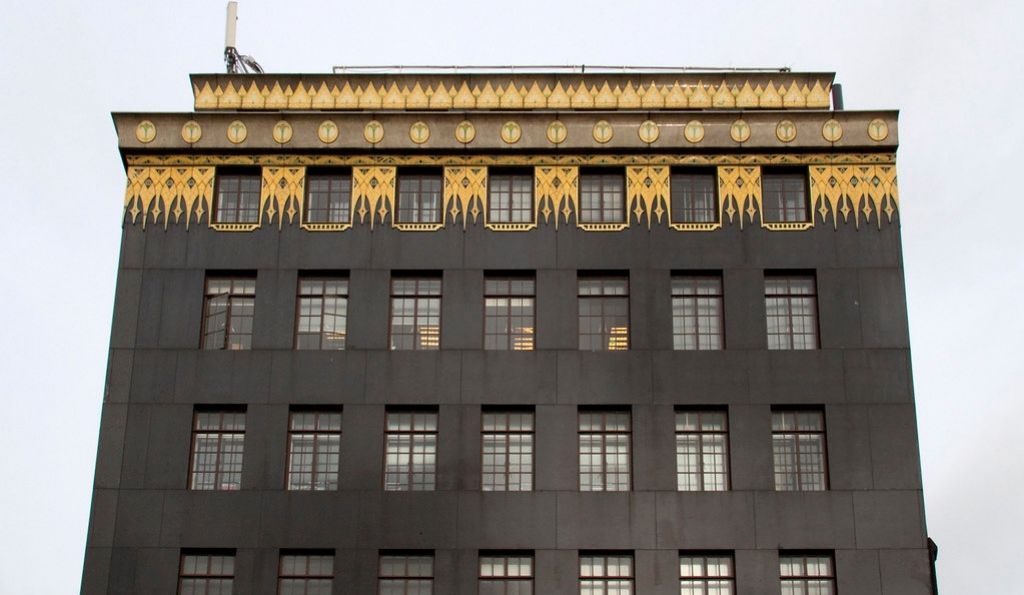 One of the great things about our bustling city is that it is truly a melange of architectural styles. This is wonderfully apparent on the corner of Great Marlborough Street and Argyll Street, where you'll see the quaint Tudor Facade of Liberty London on one side, and the onyx granite mass that is Palladium House on the other. The discovery of the tomb of Tutenkhamun by British archaeologists in 1922 captured Western imaginations. Ancient Egyptian motifs swiftly began infiltrating the design vernacular of the period, as evidenced in the decorative frieze of this palatial building. 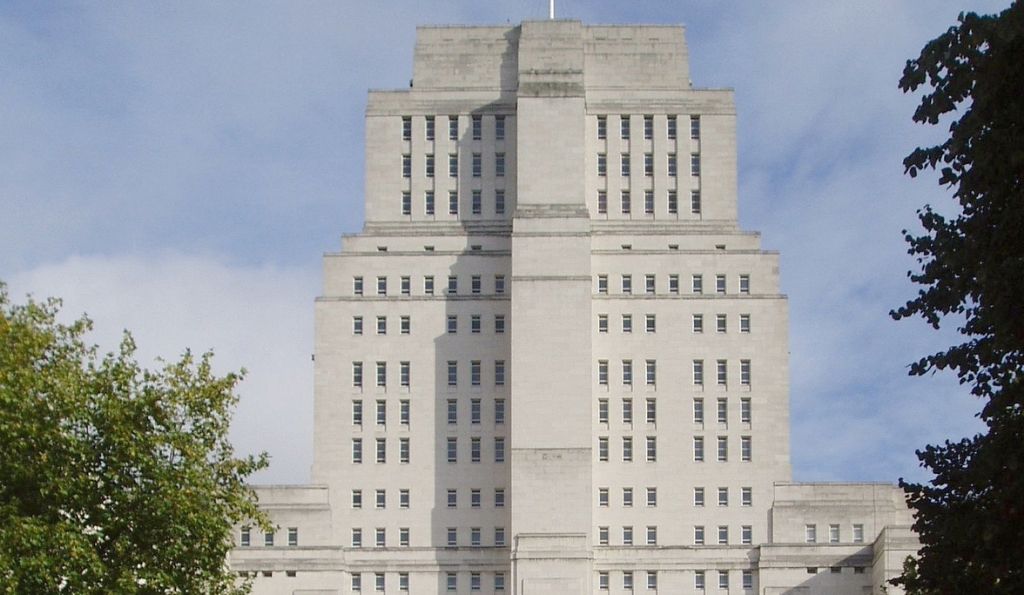 Described by Evelyn Waugh as a 'gross mass of masonry', there has always been an undeniably dark side to the austere architecture of Senate House in culture and history. In his 1948 dystopian novel, Nineteen Eighty Four, George Orwell built his description of the ironically-titled Ministry of Truth around the Bloomsbury behemoth. It was also purportedly earmarked by Adolph Hitler as the future Nazi headquarters in the event of the successful invasion of Britain. Today, the building might only inspire a sense of dread for stressed out students in the throes of exam season as the current home of the University of London's library. 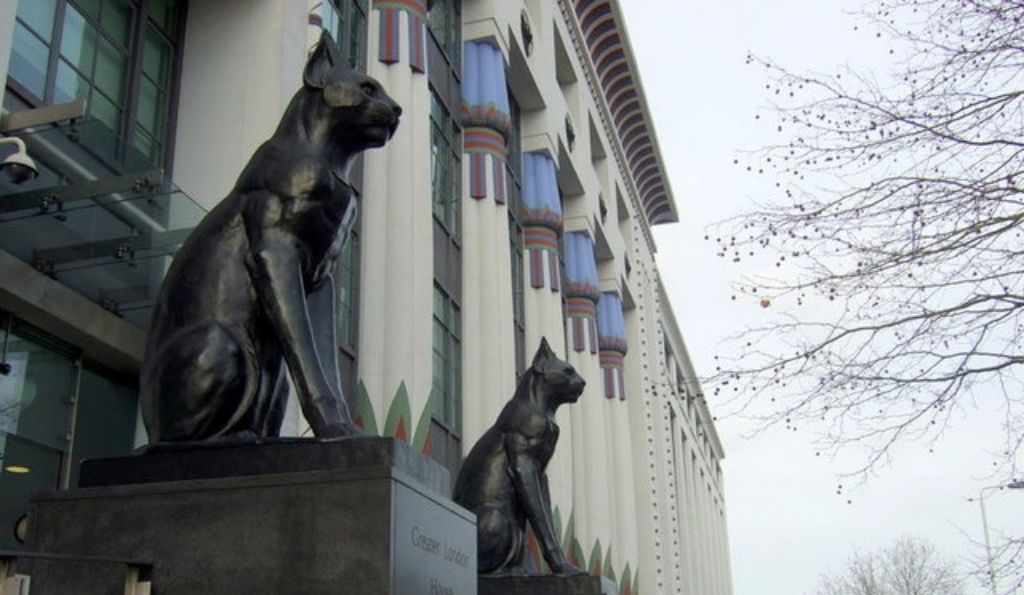 The Egyptian influence in this bold building is anything but subtle. The Carreras Tobacco Company opened its lavish headquarters in 1928 in Mornington Crescent with a grandiose ceremony to match; sand was apparently scattered around to evoke a desert landscape and a chariot race was even staged nearby. Many of the building's original Egypt-inspired features have since been removed, but a pair of black cats still stand guard at the buildings entrance. 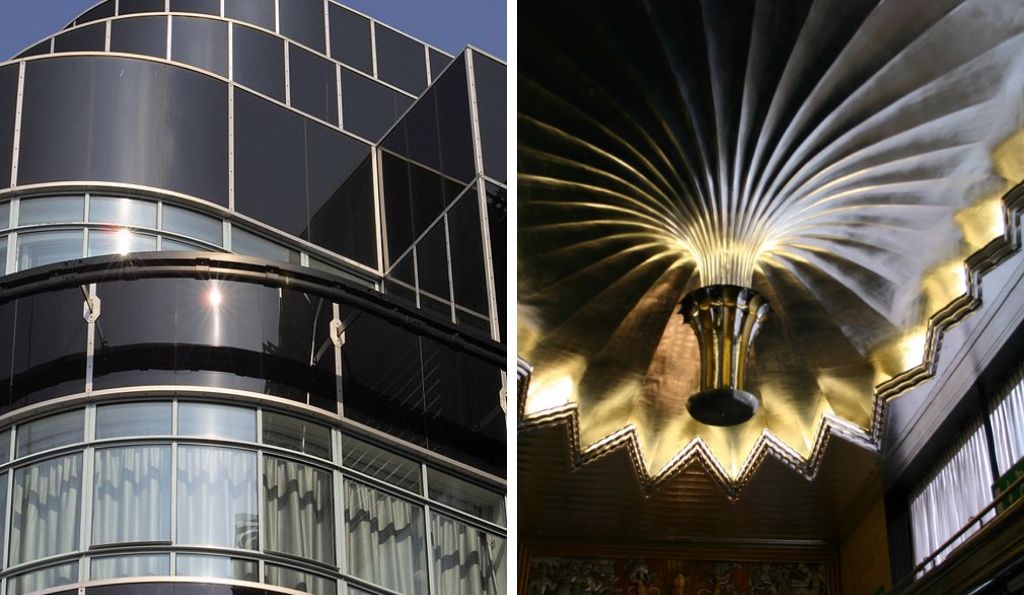 Vitrolite, glass, chromium strips – the Daily Express Building drips with Art Deco decadence. Its glossy facade on Fleet Street seems futuristic even by today's standards and back in its heyday, it was an impressive testament to the power of the newspaper industry at its zenith. Head a little further down the road and see another former newspaper HQ and Art Deco diamond, the Daily Telegraph Building, recognisable by its polychromatic clock – a timepiece with timeless style.