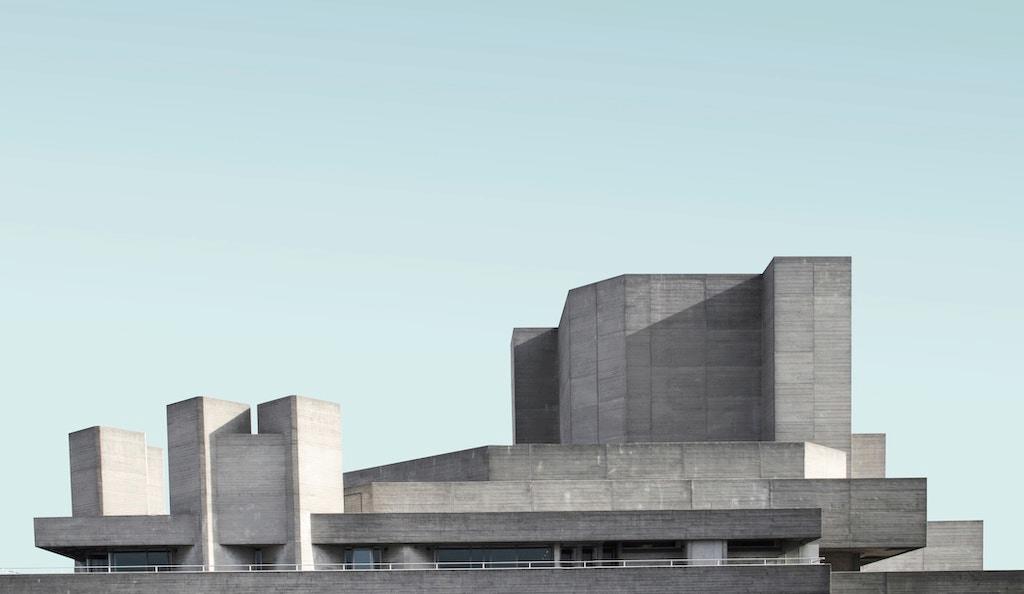 London's Brutalist architecture
One of the most misunderstood architectural styles of the 20th century, Brutalism has long been derided as a movement which gave urban landscapes around the world its proverbial sore thumbs. It emerged in the 1950s and flourished in post-war Britain as architects sought to rebuild London in the wake of destruction left behind by the Blitz using cheap materials such as raw concrete or béton brut (from which the style’s name is derived). Severe and utilitarian in its aesthetics but utopian in its aims, Brutalist complexes represented a new kind of civic architecture which offered revolutionary new formats for social housing, public amenities and cultural and educational centres.

Despite the fact that the style was associated with prominent Modernist architects such as Marcel Breuer and Le Corbusier, it fell out of fashion in the West during the 1980s as it became increasingly associated with economic hardship and bad taste. However, there seems to be a resurgent interest in these Brutal behemoths with a wave of concrete compendiums such as Taschen's Brutal Beauty and Phaidon's Atlas of Brutalist Architecture and the rise of Brutalism-inspired Instagram accounts. If you're one of the many out there that think that Brutal is beautiful, then why not tour our edits of London's famous concrete monoliths. 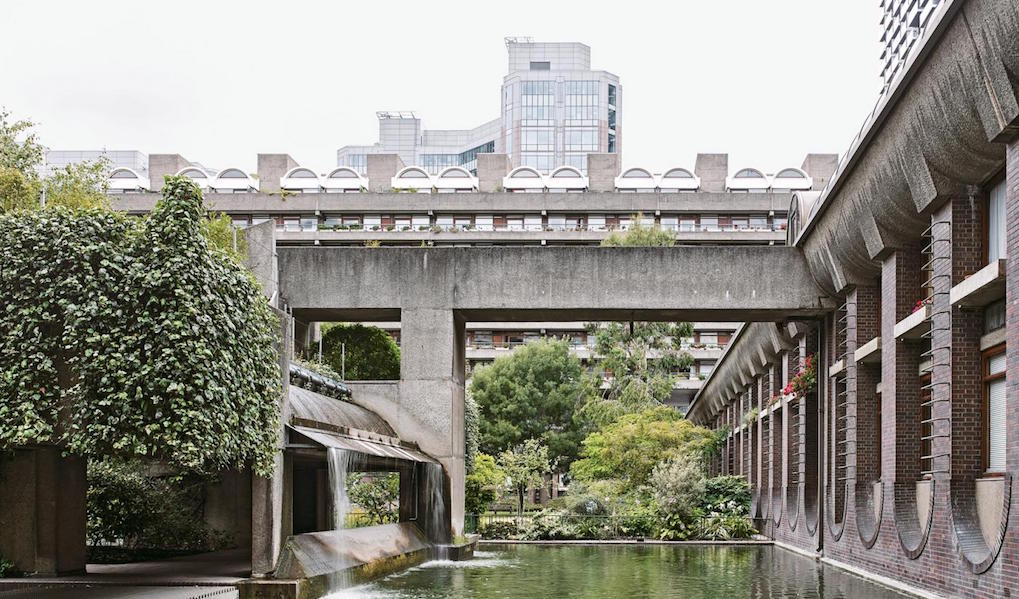 The Barbican is undoubtedly the rough-edged jewel in London's Brutal crown as one of the most famous examples of the Brutalist style in the world. Barbican architects Peter Chamberlin, Geoffry Powell and Christoph Bon were influenced by Le Corbusier's rejection of ornamentation when they first introduced the high-rise to the city's skyline. Described by Queen Elizabeth as 'one of the modern wonders of the world', the Barbican Centre can be said to represent the utopian ideal for inner-city living with compact residences integrated within a bustling hub of schools and cultural spaces. 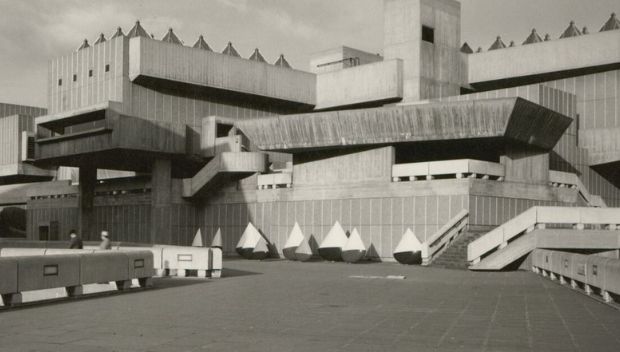 The Southbank Centre provided a striking new format for arts centres. To this day it is one of the largest in Europe, comprising of the Royal Festival Hall, the Queen Elizabeth Hall, and the Hayward Gallery. Its existence was ushered in with the spirit of avant-gardism that had taken over post-war London as it was built to coincide with the Festival of Britain in 1951. The centre's Modernist design was seen as a fitting setting for the cutting-edge ideals which were being exhibited under its concrete canopy. 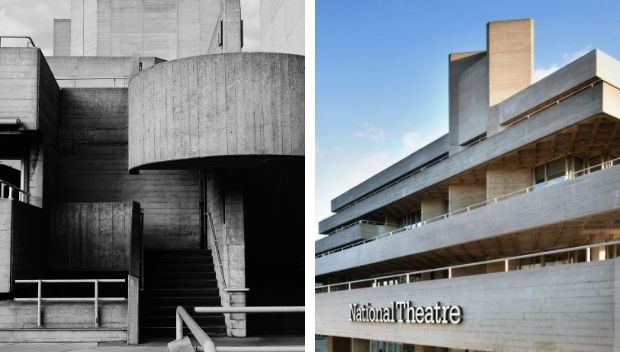 Designed by architect Denys Lasdun (1914 – 2001), the National Theatre is truly one of the great Marmite landmarks of the city. Its architecture has divided opinions ever since it was first built in 1976 and was famously described by Prince Charles as a 'nuclear power station'. Whether you love it or hate it, this concrete fortress on the Southbank provided a stark new model for theatres as a complex that housed three theatres (now four), several foyers, terraces, restaurants and bars. Championing both hard edges and curvilinear shapes, Lasdun's design strips architecture down to its basic elements: 'I’ve got no time for cherubs', he explained at the theatre's opening. 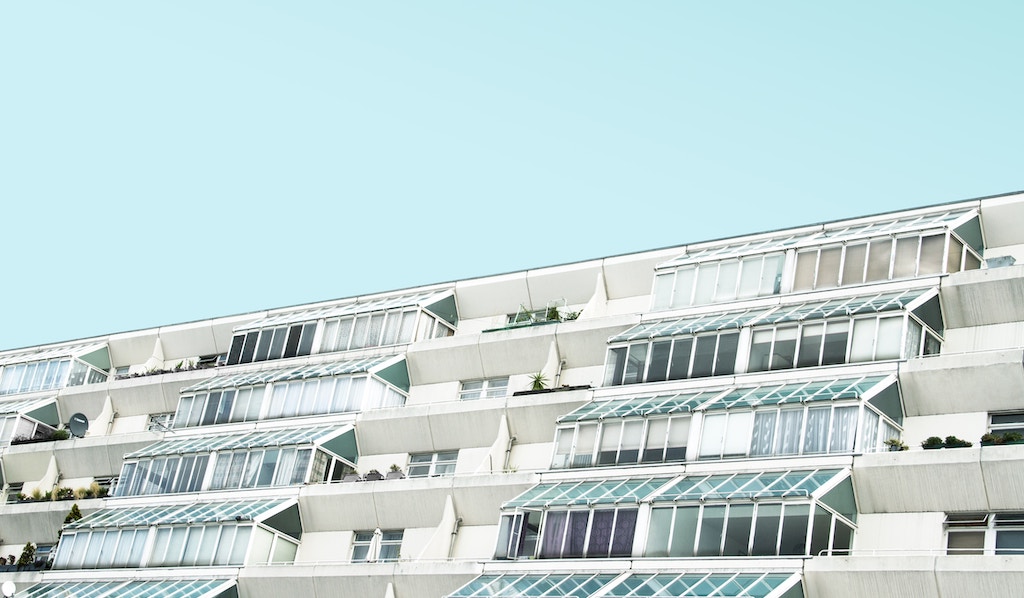 London's literary haunt, Bloomsbury, is known for its leafy squares and pretty Georgian houses, but it's also home to two Brutalist beauties. The Brunswick Centre is a grade II listed building containing 560 flats and a shopping centre. You can't miss its imposing structure which confronts you as soon as you exit Russel Square station. 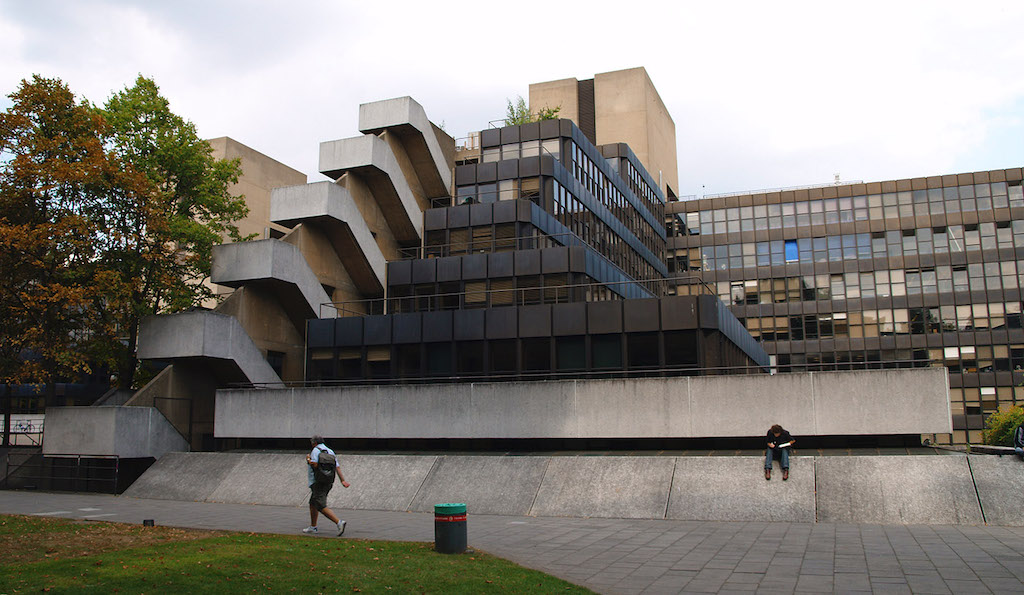 Brutalist Bloomsbury continues at UCL's Institute of Education which flexes some serious angles from which ever way you look at it. See students swanning around its geometric stairwells and unflinching edges. 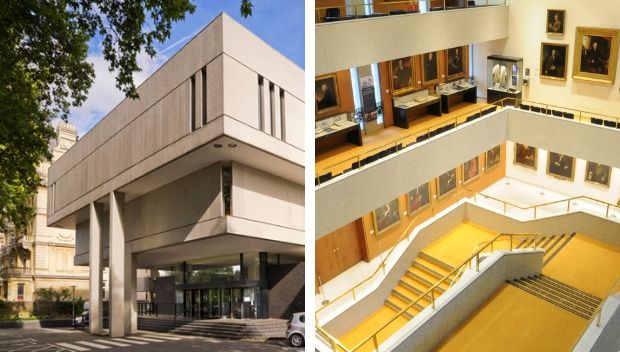 This grade I-listed building is also of Denys Lasdun's making and is one of the more softer, elegant examples of the Brutalist style. It's worth taking a gander at the RCP's museum inside which houses an impressive collection of art and artefacts in an opulent interior resplendent with marble and porcelain finishes. 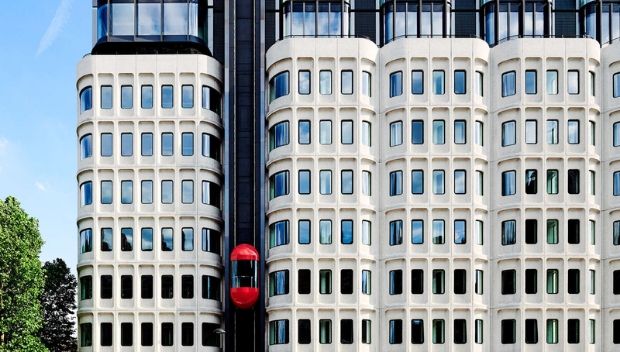 The infamous New York Hotel, The Standard, recently opened its first UK branch in a refurbished Brutalist block in the former Camden Town Annex. This new hotspot indicates that concrete is coming back into fashion as a place which oozes luxury inside and out. Try and spot the telephone-box-red elevator shimmying up and down its futuristic facade. 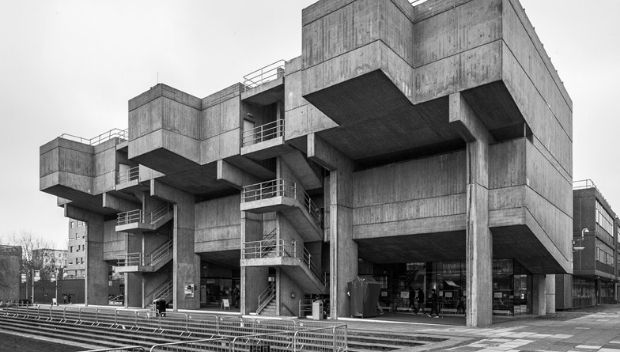 With a facade that only a mother could love, the Brunel University Lecture Centre is reminiscent of how Brutalism was more commonly associated with dystopian rather than utopian realities thanks to its appearance in Stanley Kubrick's 1971 film A Clockwork Orange. This big hulk of concrete has been both loved and loathed during its time, but its protruding turrets and dramatic angles have certainly inspired a fan following on Instagram.