The Russian composer's Symphony No 7 was dedicated to Leningrad, now St Petersburg, and was written during the Second World War siege of his city. It was blasted out by loudspeaker to German lines, but played by musicians weak with starvation. With its marching first movement and orchestral retaliation, this symphony continues to resonate with audiences worldwide.

In complete contrast is the Second Piano Concerto by Shostakovich’s contemporary Sergei Prokofiev. It opens with light and airy melodies before flowering into its dramatic third movement and virtuoso finale. 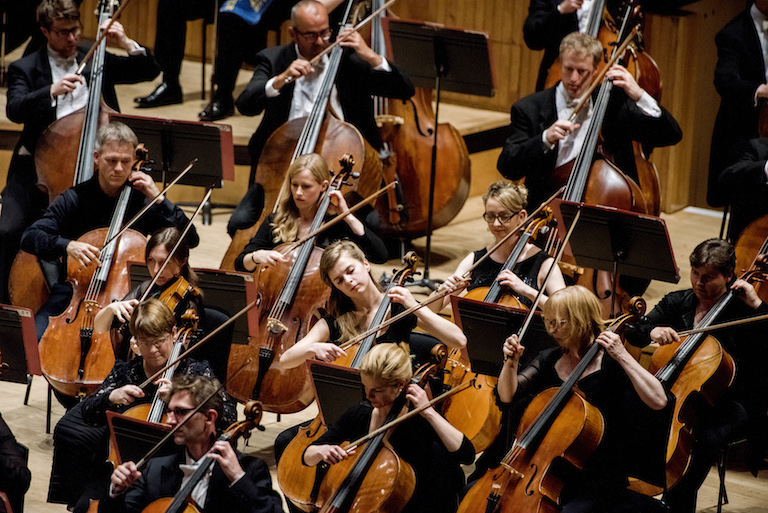 The cellos and double basses of the Philharmonia will be busy in the Leningrad Symphony. Photo:Camilla Greenwell

The soloist in this much-loved showpiece is the Russian pianist Denis Matsuev who, at only 23, won the prestigious Tchaikovsky Piano Competition and who is now a much sought-after concert artist. A pianist who encourages the next generation of virtuosos as artistic director of Moscow's Grand Piano Competition, Matsuev is also a lover of jazz, which undoubtedly influences his rhythmical approach to classical works.

For drama, spectacle and orchestral colour, this concert is hard to beat.