With the circulation of fake news in the modern world, TV and cinema have been keen to emphasise the truth in their true stories; Justin Kurzel's fourth film, True History of the Kelly Gang, tries the opposite. ‘Nothing you’re about to see is true,’ says the opening title card. Given the legendary exploits of the Kelly Gang – an infamous group of 19th-century bushrangers (Australian bandits) that had a penchant for robbery and murder – the real facts behind their crimes are ambiguous.

But the most annoying deception in the title is not the enigmatic idea of 'truth', but the subject matter promised. True History isn't really about the Kelly Gang: it’s a fictionalised backstory of their leader, Ned Kelly, based on the Booker-winning novel by Peter Carey.

The film opens with Ned Kelly’s troubled childhood within a weird, desolate corner of the outback filled with dead trees – a vivid location, excessively used. His mother Ellen (The Babadook’s Essie Davis) offers sexual favours to an English colonial soldier (among others) with Ned’s emasculated father (Ben Corbett) working nearby.

This portion of the film stretches out like a vast, empty Australian landscape, even with the absorbing and vulnerable performance of newcomer Orlando Schwerdt as the young Ned. Russell Crowe soon provides some violent momentum, gently entering the story as the sadistic bushranger Harry Powell, but he’s a strangely short-lived presence.

When the narrative skips to Ned’s twenties, he appears topless in front of a Union Jack; a punk-rock track preps the blood and darkness that’s to follow. There’s a Peaky Blinders quality to these moments, a sort of dirty, rebellious aggression that drifts in and out with an inconsistent but stylistic flourish. George MacKay, playing the older Ned, attacks the screen with his rough exterior, yet his smooth and beardless face betrays an undying innocence still locked inside his person.

Kurzel leaves the premise largely unfulfilled and shows very few reasons to like or empathise with Ned. Ned’s motivations are tied to English colonialism and its oppressive consequences, but despite having an 18-rating, True History ignores a lot of the evil that occurred. Unlike Jennifer Kent’s gruesome and excellent The Nightingale, set in a similar context, the brutality of the time barely registers.

Kurzel’s more concerned with Ned’s damaged ego and masculinity, which also leaves little room for the female characters to make any deep impression. It’s especially sinful that the brilliant Thomasin McKenzie, star of Leave No Trace and Jojo Rabbit, is reduced here to weak tears and embarrassing nudity.

True History had the potential to be a Bonnie and Clyde ride, soaked with lawless fun and bloody disobedience; instead, it’s a poorly constructed character-study, which only occasionally accelerates. 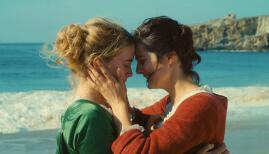 Portrait of a Lady on Fire review

True History of the Kelly Gang