Juliette Binoche, Catherine Deneuve and Ethan Hawke lead the first English language film from Hirokazu Kore-eda, the Japanese auteur known for his delicate and keen observation of the interpersonal dynamics of the family and its interaction with social status.

The film's setting may be out of international bounds for the director, but it still bears all his trademark obsessions. As with many of his works, The Truth is primarily concerned with a confrontation between family members. In this instance, a famous French film actress Fabienne (Catherine Deneuve, in a performance surprisingly poorly calibrated) and her daughter Lumir (Juliette Binoche), who returns from New York to Paris with her husband and young child.

The embellishments and fabrications in Fabienne’s soon-to-be-published memoirs become a catalyst for the re-emergence of long underlying tensions between the two women, Fabienne essentially rewriting much of her daughter’s childhood.

The Truth feels like the inverse of Kore-eda's previous release, the Palme d’Or-winning Shoplifters – where that film focused on the bonds through tribulation of a makeshift family living in poverty, this examines the bonds of blood between members of a privileged family.

Both try to hide from the public eye in one way or another, as that scrutiny only begets stress, though the effect is far less pronounced here, considering that attention from the wrong people is life changing to the characters of Shoplifters. 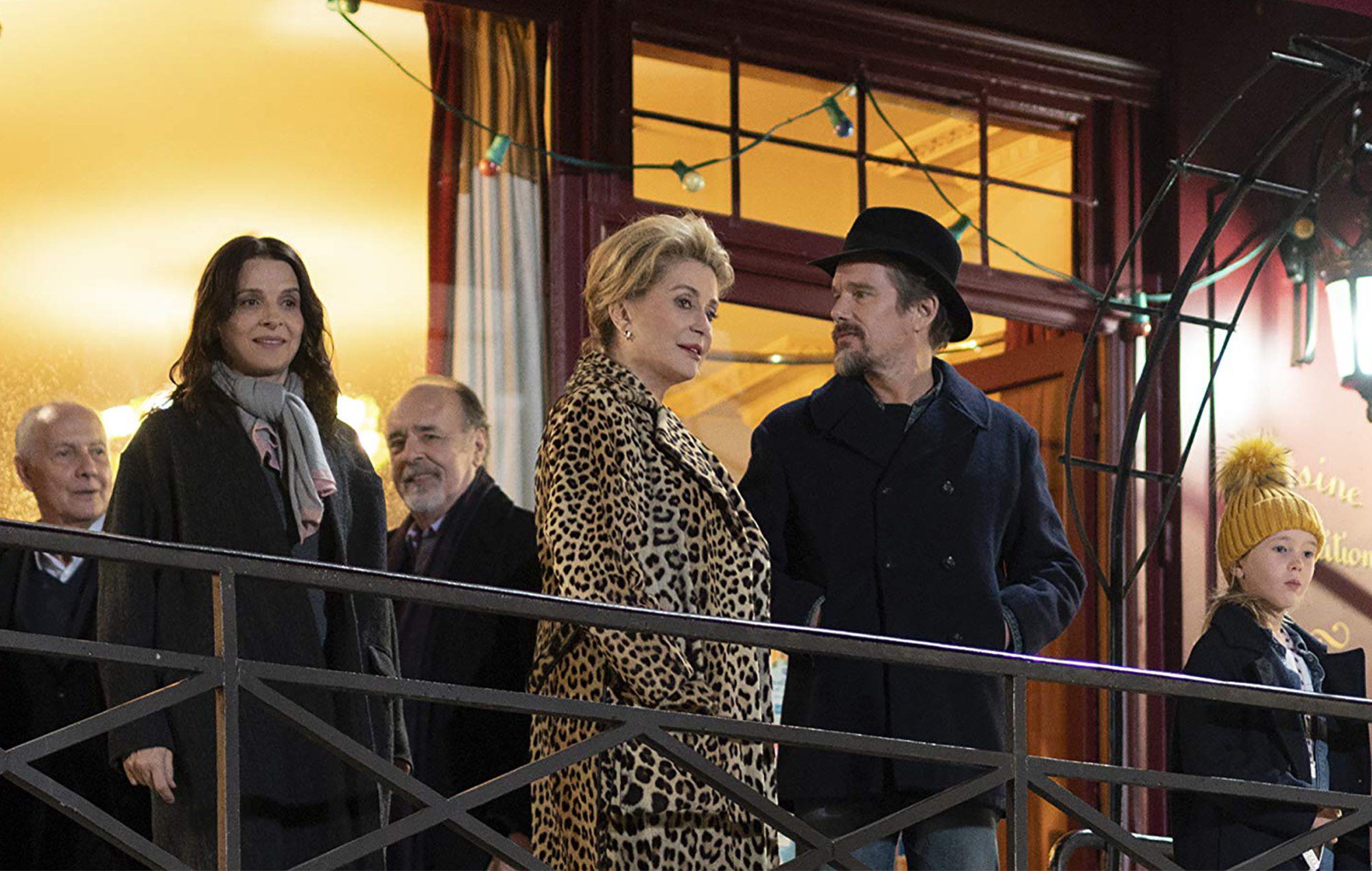 As the film runs on, the prickly relationship between the two begins to soften, but the conversations about familial love being a bond that requires constant work doesn’t feel particularly revelatory, especially when contextualised within Kore-eda’s wider filmography.

Though his screenplays often find meaning and even catharsis in the mundane, any revelations reached here feel slighter than usual for the filmmaker. Still, there are pleasures to be found in his typically careful and quiet approach to his study of the family unit, in the little joys and fond memories that do exist between embittered relatives, and even just Ethan Hawke’s very specific brand of Cool Dad energy as Lumir’s husband Hank.

His character mostly exists on the periphery, counteracting the harshness between Lumir and Fabienne with a fairly content cluelessness as to peripheral goings-on (mostly because he doesn’t speak or understand French), content to entertain the children and play his guitar.

As with most films from Kore-eda, there’s also comfort to be found in the lush, obsessively detailed production design of domestic spaces. Houses in his films almost always feel inviting, no matter the disagreement or discomfort between those inhabiting them.

Though it’s a film about settling accounts, there’s still a little something missing from The Truth, despite its honest depiction of the bitterness that can come from knowing someone well and the fairly reassuring message about reconciliation. Even with its films-within-films and dramatisation of behind-the-scenes film industry drama, it exists on a kind of dramatic plateau, drifting along until its comforting, but still predictable end.