James Franco is wildly funny in The Disaster Artist – a deeply heartfelt, though utterly conventional, homage to the ‘greatest worst movie ever made’

Everyone else probably won’t necessarily be seduced by that buzz of recognition –– all the American footballs, continuities errors and rehearsals of ‘Oh, hai Mark!’ –– but a glimpse of the sheer madness that went into making that 2003 anti-masterpiece might just tempt you.

At the centre of The Disaster Artist is James Franco’s eerily accurate impression of the enigmatic Tommy Wiseau (quite literally enigmatic with that unplaceable middle European accent) who wrote, directed, produced and acted in The Room –– and managed to make a mess of every single one of those tasks to the delight of cinema goers around the world.

This film is the story of the blunder and bluster which resulted in his magnum opus, adapted from the ‘making-of’ memoir by his co-star and closest friend Greg Sestoro, who is played in The Disaster Artist by a bright-eyed Dave Franco at his bushy-tailed buddy movie best.

Sadly, Sestero’s story is as conventionally uninspiring as Wiseau is inspiringly unconventional. It boils down to your usual Hollywood drama: a pair of actors relocate from San Francisco to Los Angeles to pursue careers and, frustrated with their lack of progress, decide to make a movie themselves.

Without the (admittedly intensely funny) comic set pieces –– and dense cluster of cameos by everyone from Bryan Cranston to Judd Apatow –– the film just wouldn’t float. The bond between the two main actors is there but it just isn’t strong enough to carry much interest. 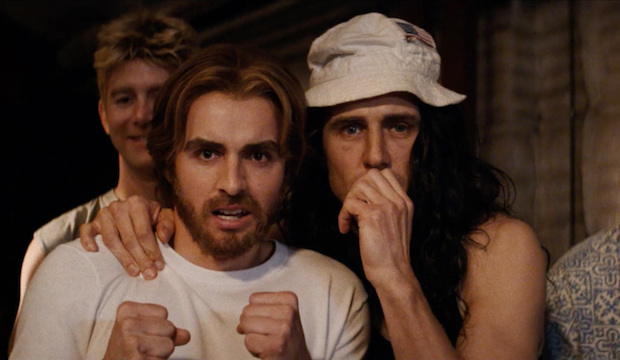 The focus on the bromance also leaves some half-formed characters in the wings, such as Sestero’s impossibly tolerant girlfriend (Alison Brie) and The Room’s script supervisor, acted by Seth Rogen whose production company brought Sestero’s book to the screen.

But you could argue these supporting roles are just doing their job: throwing more light on Franco’s portrayal of Wiseau’s singular talentlessness –– even if they don’t throw much more light on the real-life Tommy Wiseau’s still murky backstory. (Exactly where Wiseau is from or how he found the 6 million dollars it took to make the film are still huge question marks).

In the end, The Disaster Artist’s successful distraction from its weaknesses is also its main attraction: its sincere sense of fun and fascination with the ‘greatest worst movie ever made’. 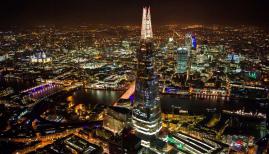 Christmas Film Screening atop the Shard 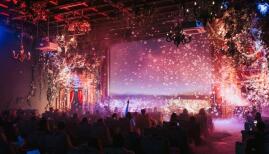