The most important character in Pixar’s tremendous Onward is in fact only half of one. Purple socks and beige trousers stand upright, as a pair of brown brogues tap slightly out of time, and a belt ties the whole thing together. And that’s where it ends.

The bottom half of Wilden Lightfoot, late father of Ian and Barley, late husband of Laurel, is walking around the boys’ bedroom on the eve of Ian’s 16th birthday. Where his top half should be, a pearl-blue light glows, with tiny specks of dust circling the empty space. This is what magic looks like.

There is only half of Wilden because he gifted his sons with the chance to perform a “Visitation Spell”, a magic incantation which would bring him back from the dead for 24 hours only. But as with any convincing adventure, the quest must begin with something going wrong.

Ian and Barley are elves, as is their mother – and they live in a world that was born centuries ago with magic in the air: unicorns, cyclops, dragons. Every creature lived and played with the infinite possibilities of sorcery, until someone figured out that, well, they could just learn how to use electricity and put witchcraft to bed in favour of convenience. 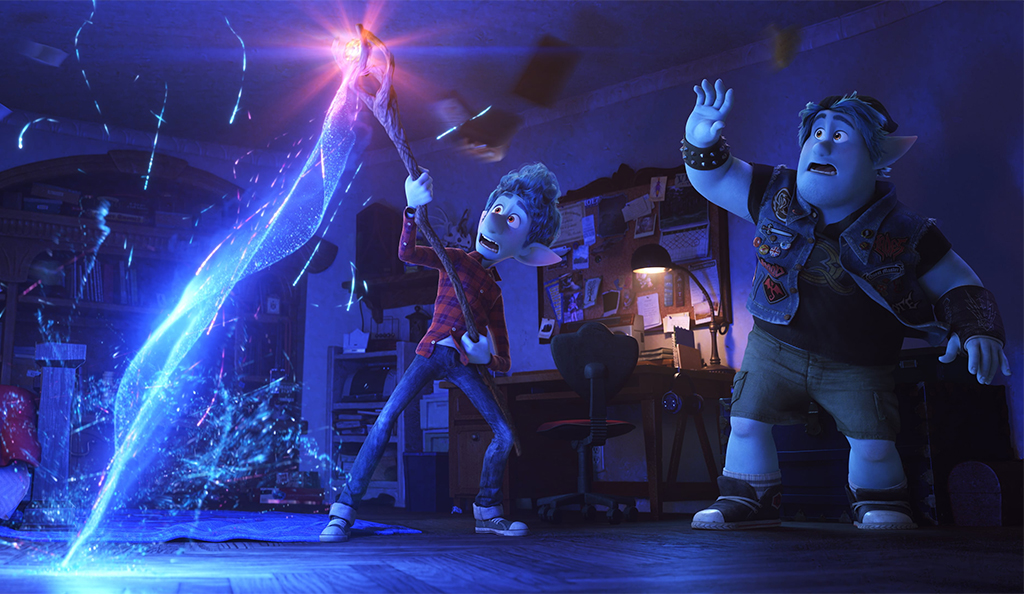 In the present day, every non-human being is still a non-human being and lives harmoniously with every other one, but the incomplete potential of that one magic spell gives Ian and Barley the chance to harness a lost sense of marvellous imagination, the one that used to fuel their reality and now only entertains Barley’s hobbies.

And so the boys embark on a quest, an adventure to track down a gem that will allow them to complete the spell and bring the rest of their dad back before time runs out. This mystical throughline is what gives Onward its entertaining framework, but the stirring depth of each character, so thoughtful in relation to one another, is what makes the film really sing alongside Pixar’s top-tier offerings.

Up, Coco and Onward share a similar structure, one that posits a high-octane adventure to widen eyes and thrill hearts, but that fundamentally thrives from its deeply introspective, existential core that asks its audience to think of what they would do if they could change the course of a lifetime, or what they might say to someone who moved on too soon.

Onward draws heartfelt characters that feel truthful and noble, ones who question their mundane weaknesses and find bravery to save and celebrate the ones they love. Their feelings seem to matter more than their history – which means the context of their magical world is light around the edges, but it matters little when their personalities come into focus. 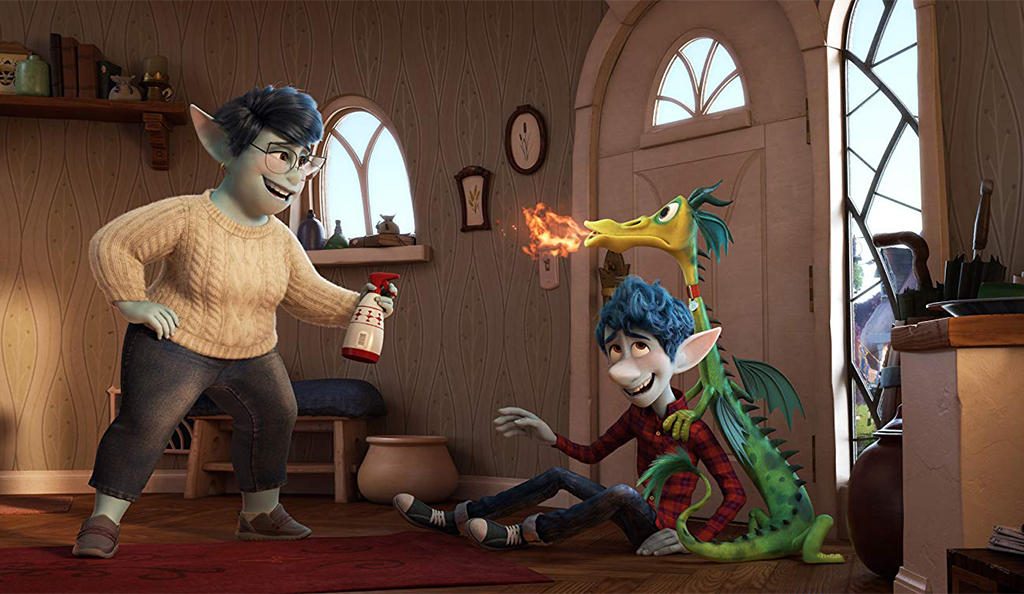 Ian is insecure, finding his voice with an archetypal teenage awkwardness – naturally, Tom ‘Peter Parker’ Holland voices this to perfection, with cracks, yelps and all. Barley (Chris Pratt at his loudest and proudest) gives depth to the “gap year screw-up” cliché, one blissfully living with games instead of goals, but who shows immense selflessness towards his brother, with sensitivity usually deprived from such brutish appearances.

Beyond these two boys and their father, naturally building the foundations of one of Pixar’s finest love stories, refreshing warmth and humour is given to supporting characters – Onward simply lets middle-aged women be superheroes.

Laurel (Julia Louis-Dreyfus) teams up with monster warrior-turned-restaurant manager The Manticore (Octavia Spencer) – who delivers one of the film’s best gags as she dictates, “Last name ‘Manticore’ first name ‘The’”. The pair voyage to keep Ian and Barley safe, but also to bolster the boys' ambition and help them complete their mission. 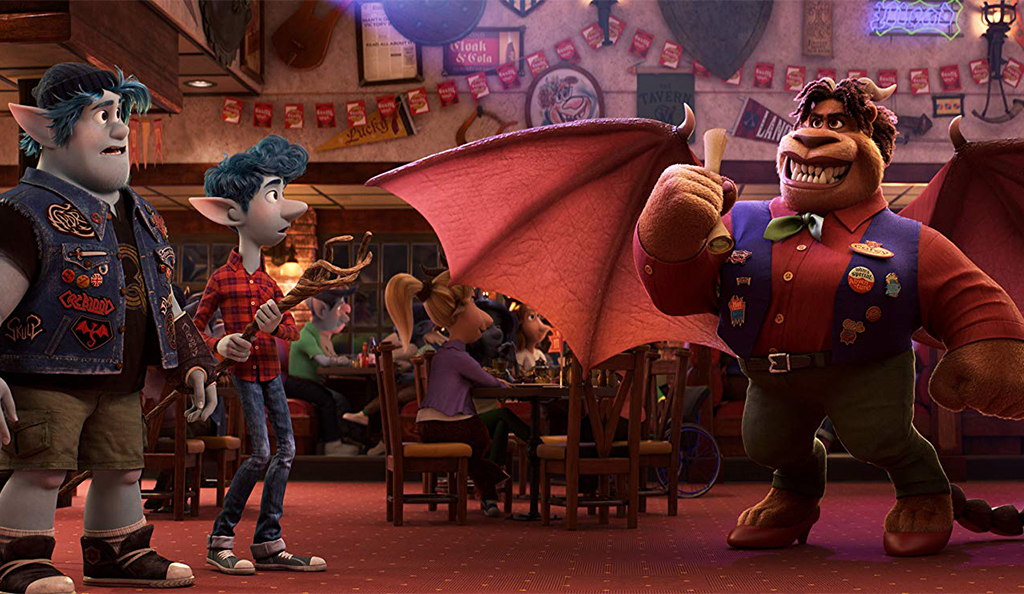 In the way that the greatest horror films show the monster as little as possible, Onward keeps the audience looking for a close-up of the hero until the very end. The reward comes from the journey instead, from the rejuvenation of spirits afraid of magic for too long, from these individuals fighting to be brave regardless of the changing world around them and the fear within.

Having said this – the film’s climax is unequivocally heartbreaking, with all the joy and grief that comes with such an emotion. Magic, it seems, lies in what you believe. What you let yourself hope for, what you fight to remember, and who you allow to love you in order to stay alive.

To celebrate Pixar's brilliant return to form with a new original story, full of magic adventure for children, and thoughtful philosophy for adults.

Tom Holland as the bashful but ultimately brave teenage Ian, and Octavia Spencer as a warrior with a midlife crisis as the Manticore.

A beautifully simple dance scene between father and sons, or the piercing finale as the sun goes down on an adventure.