When someone tries desperately to sell you something, there’s a limit on the time you can spend nodding, smiling and wishing they’d go away. But what if Will Smith rocks up, playing the father/manager to tennis superstars Venus and Serena Williams? Of course, with the glistening eyes of hindsight, this is a done deal. You already know what astounding futures these two working-class Black girls from Compton will achieve in a mostly white sport.

But as seen in the opening of Reinaldo Marcus Green’s biopic King Richard, plenty of established coaches wouldn't take that chance on Richard Williams, even despite his hyper-confident and somewhat prophetic salesmanship. His pitching style is infectious, bursting with humble smiles and dogged persistence. 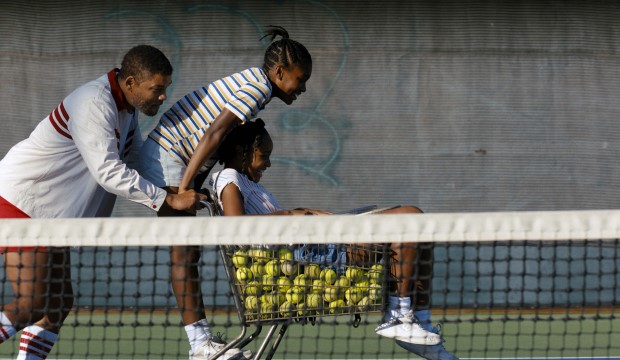 It's a perfect role for Smith, juggling humour and severity with his trademark affability. He also provides a rare layer of down-to-earth genuineness: keeping his starry Hollywood shine, but walking and talking like he’s been beaten up by the world and yet still tries, tries, tries again.

Richard’s fervour for his children (five in all) isn’t the pressure-driven experience the outside might suggest. Yes, the family keeps to a militaristic schedule. Yes, Richard has weird punishments like rewatching Cinderella. And yes, he makes Venus and Serena practise even when rain assaults the court.

Whereas in other movies this could form a trauma-based narrative, King Richard shows the intense love behind it. With the nurse and matriarch of the family Oracene (Aunjanue Ellis) – wisely given the screentime she deserves – they form an intelligent and motivated family unit that’s bathed in care for each other. There's so much understanding, empathy, and appreciation that any whiff of envious rivalry between Venus and Serena is promptly squashed.

That difference becomes clear during Venus’s junior matches. As well as being met with confused white stares, the Williamses experience the overwrought frustration from other parents about their child's losses. For better and worse, this makes Richard preach the necessity of humility – showing the great and the zealous in his discipline. Although his heart is in the right place, he’s constantly volleying between being a good father and a good manager.

The film comes at a convenient time in sporting history, after many athletes – including No. 1 tennis player Naomi Osaka – have spoken out and even withdrawn because of mental health issues. Richard can be misguided in how he handles his kids, but he expertly foresees where that kind of pressure can end. Screenwriter Zach Baylin cleverly balances these concerns with Richard’s own inflated ego, which, despite being charming, can also be infuriating.

Although this is a big-screen biopic through and through, filled with expensive wide-angles, you sense there’s too much story to cram into 140 minutes. As a result, Serena is notably sidelined in the second half. The film becomes more about Venus and her road to victory, with Serena’s success relegated to the black title cards at the end.

Thankfully, Baylon takes time to show the sisters’ close relationship in the first half – played with such familial chemistry by Saniyya Sidney and Demi Singleton. A miniseries might have offered a more explorative story but, as a feel-good sports biopic, King Richard hits all the important shots.

King Richard will be in cinemas on Friday 19 November. 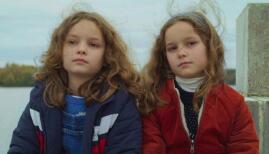 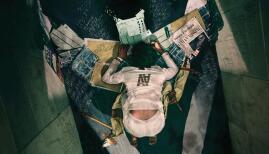