Ahead of Al Gore's An Inconvenient Sequel, here's our pick of the best environmental films that tackle the big issues, from Leonardo DiCaprio’s Before the Flood to WALL-E 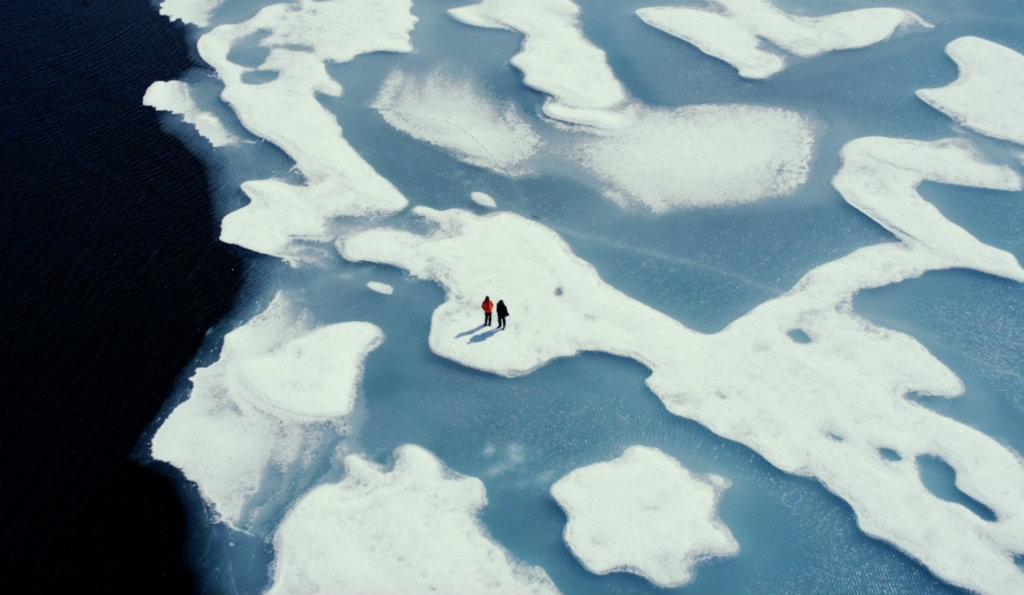 The best environmental films. Film still from Before the Flood (2016).
According to the White House, there is no such thing as climate change anymore, only 'weather extremes' (don’t say the Trump administration lacks imagination).

Back to save us all and stick it to the man is Al Gore with his new film An Inconvenient Sequel: Truth to Power which comes out this Friday.

The film is the follow-up to his documentary An Inconvenient Truth which was released over a decade ago. An unlikely box office hit, it won two Oscars including Best Documentary Feature and helped to spark an international awareness of the wide-ranging impact of global warming.

Now, with climate change denial back on the menu, Al Gore's having to spread the message all over again.

So, to help him along his way, we present a selection of the best environmental films which put climate change (no censorship here) and the environment in the spotlight.

Exploring the big issues from waste to what we put on our plates, these films are worthwhile watching that will also leave you feeling super-sharp. Plus, they couldn’t be more relevant if they came in the form of Beyoncé, hopped on CNN and posted it on Instagram.

Watched two million times the day after its release, this documentary has been deemed so important by National Geographic that you can watch it for free on their website until November 7.

No doubt the celebrity heft behind the project helps.

Directed by actor-director Fisher Stevens, who won an Academy Award for Japanese dolphin hunting exposé The Cove, the film stars Leonardo DiCaprio, a current UN Messenger of Peace (!). Also, one of the producers is Brett Ratner, responsible for the Rush Hour films and many of Mariah Carey’s music videos. There are some huge name interviews as well.

But Before The Flood is really driven not by star power but by a desire to unpack the causes and consequences of the climate crisis (without overloading with the facts and figures that often obscure the issue).

Also, as a non-scientist, DiCaprio is the perfect for the role of the layman. And if Leonardo can learn, so can we.

While you may not go that far and join this illustrious duo, it may make you think twice about the real cost of that barbecue, beyond a widening waistline.

Cowspiracy, which is available on Netflix, examines all the ills of animal agriculture, including bovine farming – one of the worst greenhouse gas offenders – and its impact on land and water use, and much else besides.

Did we hear someone say 'flexitarian'?

Another film on Netflix for the eco-conscious foodie, Food Inc. may have a slightly lower profile than Cowspiracy but it punches well-above its weight.

The film widens the lens, however, to investigate the production of vegetables and grains and food-labelling regulations (anyone remember Horsemeat-gate?) as well.

It’s not exactly uplifting stuff but there is light at the end of the tunnel, as the film shifts its attention to the growing organic foods market, boosted in recent years by clean eating movements.

This drama-documentary is set in 2055 in a world devastated by climate change where an archivist, looking after humanity’s remaining bits of knowledge and art, ends up wondering why people did nothing about global warming when they had the chance.

The product of an incredibly successful crowdfunding campaign, The Age of Stupid was premiered in Leicester Square in a solar-powered tent, producing 1% of the carbon emissions of a normal blockbuster premiere.

It was also linked to 62 other UK cinema screens, breaking the Guinness World Record for largest film premiere ever.

In addition, by threatening to return his OBE, the film’s star Pete Postlethwaite managed to get the government to sack plans for a controversial coal-power station in Kent.

But wait — what happened to that mass extinction event we’re going through?

Upset with the lack of coverage of environmental problems on public TV, green campaigners managed to get the BBC to put together Planet Earth: The Future, a companion piece to the Planet Earth documentaries.

Drawing on the BBC film crews’ first-hand experience of environmental degradation in various parts of the world, this three-part documentary shines the light on the urgent need for worldwide conservation efforts – in that same captivating style.

For those keen to learn more, and hear more of David Attenborough’s dulcet tones, you can dip back into the BBC’s similarly-themed State of the Planet, released in 2000.

In 1999, French environmentalist Yann Arthus-Bertrand with the help of the UN published Earth from Above, a stunning collection of his award-winning aerial photography which sold millions of copies. A decade later, he released Home, a cinematic follow-up to his earlier book.

Narrated by Glenn Close, who recently made an appearance in The Girl with All the Gifts, the film displays the Earth’s incredible diversity as well as the areas where that diversity is being compromised – and all from the eye in the sky.

Although made possible through support from Kering, which owns luxury brands such as Gucci and Alexander McQueen, Home is completely free to view on several platforms and has been translated into 14 languages – so there’s no excuse not to have a gander.

Yann Arthus-Betrand’s film stuns with its depth and scope and it is, naturally, beautifully shot.

You can find our interview with the director here.

We always knew that Naomi Klein was a force to be reckoned with – her breakout book No Logo, published in 1999, took on multinational corporations and put her in direct conflict with The Economist magazine.

Several years later, nothing has changed.

Her 2014 book This Changes Everything: Capitalism vs. The Climate, which spawned this documentary, takes on the vast neoliberal project and argues that it is completely incompatible with looking after the climate’s health.

Like some of the other films here, This Changes Everything boasts star producers – Danny Glover, Seth MacFarlane (who features in Logan Lucky) – but takes a humble approach. Focusing on little-known environmental activists from around the world, the film documents their various struggles and successes.

This is an interesting, inspiring and important viewing experience.

Much like Naomi Klein’s work, WALL-E is an unrelenting critique of consumerist society – which is surprising for a film developed by Disney.

That aside, the computer-animated picture managed to gain more awards than we can fit in here and find its way to the top spot of Time magazine’s ‘Best Movies of the Decade’.

These accolades are more than deserved.

Set in 2805, the story centres on a trash compactor with human emotions who has been left to clean up all the waste on the now-abandoned Earth. Although it contains very little dialogue, the film speaks volumes about almost every topic covered by the films on this list.

Far from just a kids flick, WALL-E is a thoughtful, funny, wise, and moving film.

If this can’t make you do the recycling, nothing will.