This year's Wildlife Photographer of the Year 2016 is a phenomenal showcase of the best in nature photography, proudly displaying the diversity of wildlife which exists on our planet. The exhibition is staggering, in range and scope, as we are once again brought an astounding array of species, from whales to flamingos, from lava-clad mountainscapes to storks nesting atop an industrial plant as a storm approaches. If you want to be taken aback by the quality of photography in our modern world, and see extraordinary moments from the natural world captured on film, you must see this exhibition.

This October half term marks the 52nd year of the competition and there are categories for all ages, with three dedicated to those from the under-10s to 17 years of age (not that you would know). An international panel of judges has yet again selected 100 images which represent the best in photographic documentation of nature across our globe. This was no mean feat, given there were over 50,000 entries this year.

The first of the grand winners for 2016 is Tim Laman, with his stunning image, ‘Entwined Lives’. It displays an Orangutang climbing up to the canopy of the rainforest in Gunung Palung National Park in Indonesia, and is part of a range of documentary images tracing the tragedy of the Orangutang crisis in the country. 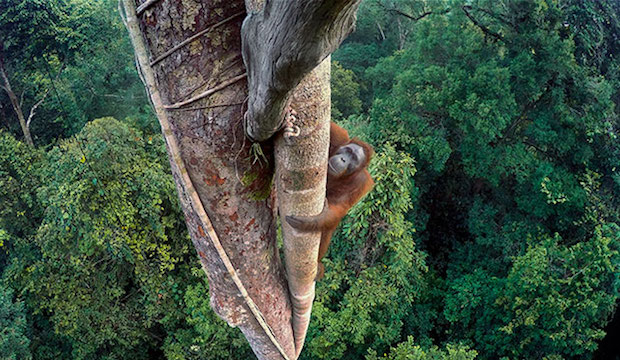 © Tim Laman, Entwined Lives, 2016
You can see why it’s this year’s winner, the framing of the young male, captured by a hidden Go-Pro in the trees, reminds us how phenomenal this endangered species is and how much we must do to protect them from the Palm Oil trade which is threatening their habitats.

The second winning image is from closer to home. For the Young Wildlife Photographer of the Year, Gideon Knight’s serene image of a crow perching on a tree in Valentines Park, set against the background of the cascading light of the moon, has taken the crown. It’s not hard to imagine that many a sonnet was written underneath the branches of this sycamore tree, his image is the stuff of fairytales. 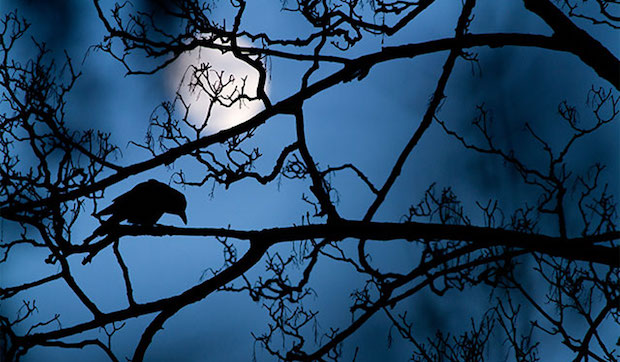 © Gideon Knight, The Moon and The Crow, 2016
Not to undo the outstanding work of the two winners, the vast array of work on display at the Museum is not to be sniffed at. Other highlights include numerous images showcasing the deep cerulean hues of the underwater world, close-ups of tiny insects, flamingos coated in mud, and a seal dozing on the shoreline. On land we are reminded of the hierarchical nature of the animal kingdom in Charlie Hamilton James’ remarkable ‘Wild West Stand Off’ taken in Wyoming, USA. 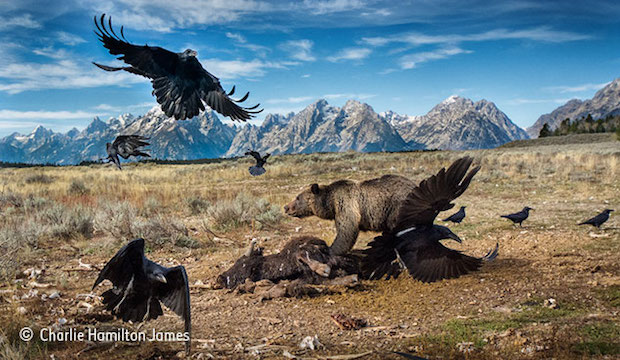 © Charlie Hamilton James, Wild West Stand Off, 2016
The exhibition educates and informs as much as it astounds, so expect to be provoked into thought. Paul Hilton’s Pangolin Pit boldly displays a dump of defrosting Pangolins, ready to be shipped for the exotic meat trade to China and Vietnam. Pangolins, he tells us, are the most trafficked animals on earth. They have recently been upgraded to Appendix 1, the highest form of protection, and looking at his deeply distressing image, we are reminded why. 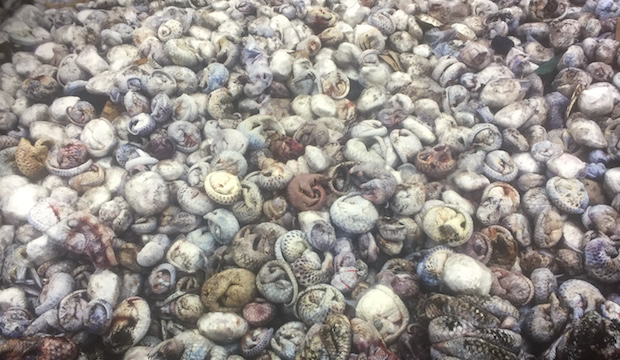 © Paul Hilton, The Pangolin Pit, 2016
What is truly inspiring about the exhibition is the range of photography on display. Bright orange lava flows fearlessly down the volcanic mountainside of Hawaii in Bruce Omori’s ‘Red Hot Breakout’, a colourful testament to the power of nature. The image of a power station pumping smoke into the sky, lit up like a Christmas tree in 'Refinery Refuge' by Juan Jesús González Ahumada, is powerfully demonstrative of the impact our daily choices have on our planet.

We have images which are spur of the moment captures, those which have taken hours to capture, and those which have been carefully set up, like Thomas P Peschak’s ‘Crabzilla’. The breadth of subject matter, of techniques of capture and of emotions engendered by the exhibition is second to none.

Yet what strikes you most on leaving the exhibit is the question of the fragility of our world. The image of a bird with a coat hanger stuck in its foot is enough to make anyone reconsider their environmental footprint. Speaking again to photographer, Paul Hilton, we asked him his views on the protection of the natural environment. The answer, he tells us, is quite simple. Cutting down on animal products, even if we don’t go full vegan, is a must if we want to protect our animal species and our natural environment. After all, if we don’t protect it, there will be no Wildlife Photographer of the Year, and that would be a tragedy.

The people’s choice vote is open until 10th January 2017.