Before the Flood, Leonardo DiCaprio documentary

Icebergs, again. But this time, it's not Titanic. According to Leonardo DiCaprio, movies can change the world. At least, that's the hope for his climate change documentary

But it turns out that DiCaprio is a good choice to front the film. He’s keen to learn, sincerely concerned, and his reliance on layman’s terms gives viewers an entry point into a subject that’s characterised, in public debate, by myth and hijacked statistics. DiCaprio is also seriously connected (did you know that he’s very, very famous?), and is probably the reason director Fisher Stevens interview access to Barack Obama, UN General Ban Ki-moon, and Pope Francis. Friends in high places, and all that. 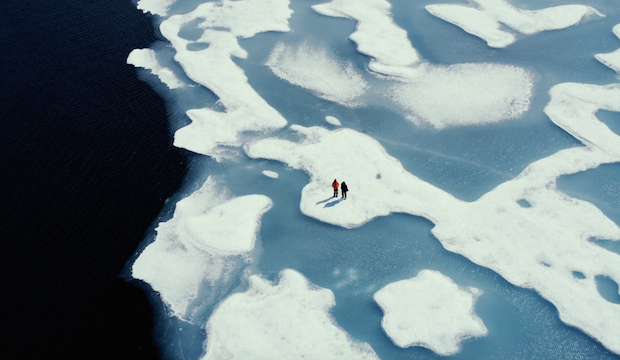 Stevens previously produced The Cove, a gut-wrenching exposé of dolphin ‘drive-hunting’ in Japan. Drive-hunting is the part of the whaling industry, by which dolphins are beached and slaughtered for supermarket meat, with a few being kept alive and sold into captivity; The Cove did a pretty good job of alerting the world to the barbaric method, and although Before the Flood’s subject is much bigger and trickier (can/should American filmmakers preach reduced consumption to developing nations when the US is one of the worst offenders, emissions-wise?), it’s more than just deflated doom-mongering, highlighting some of the short - and long-term solutions that might be humanity’s last hopes.

Before the Food is being screened as part of a limited three-day run at the Bertha DocHouse, part of the Curzon Bloomsbury in the Brunswick Centre