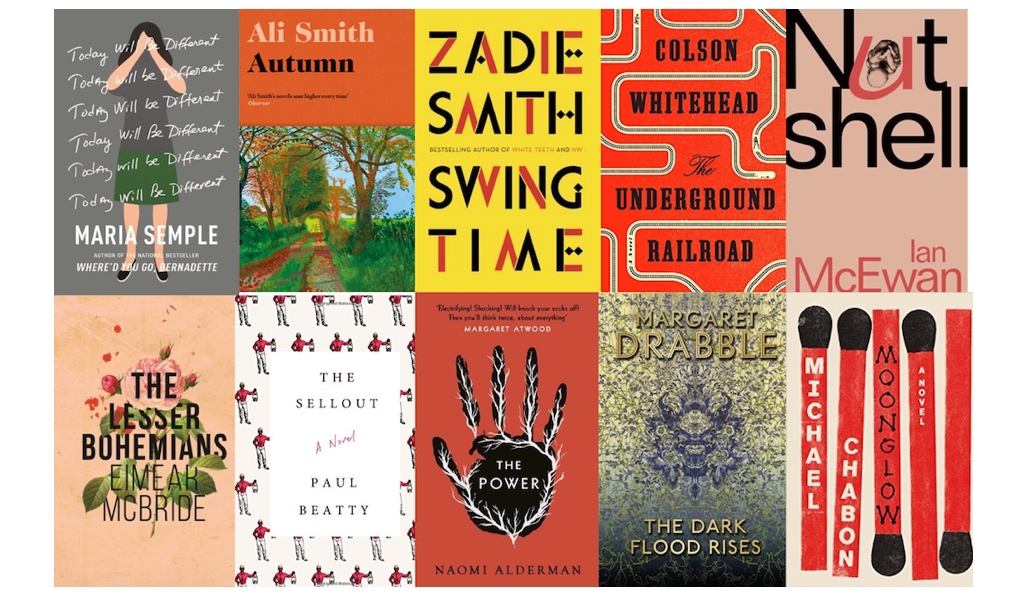 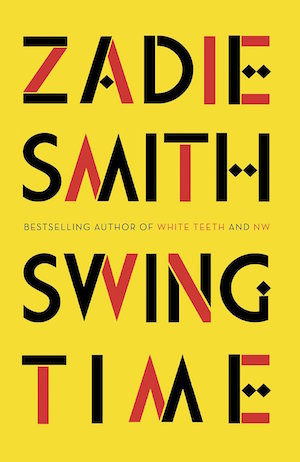 If you don’t pause mid page and reread a sentence to savour the cadences and craft of the writing, are you even reading a Zadie Smith novel? Swing Time, her hotly-anticipated new book about two brown girls who want to be dancers, is as ambitious and stylistically accomplished as expected. It’s stuffed with ideas about race, identity, feminism, friendship, success, class and politics, but it’s not over-stuffed: weighty themes are brought to life with levity. Swing Time doesn’t have the zing of White Teeth, and it’s not the novel to convince any Zadie Smith sceptics, but, as committed fans we were not disappointed. 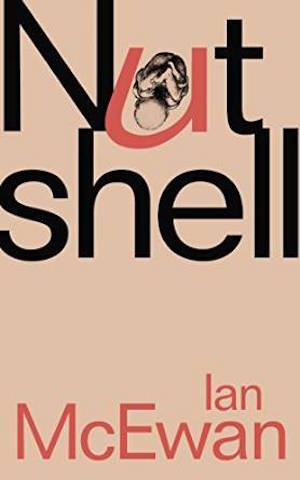 Ian McEwan’s new novel - his best in years - takes ‘fresh narrative perspective’ to the extreme. We experience Nutshell through an unborn baby. The fetus listens in as mother and uncle plots his father’s death. The prenatal take on Hamlet sounds like drunken ramblings of an obstetrician and thespian - or at least a gimmicky attempt at shaking up the story-telling status-quo. But actually, the oddity of the premise is fertile ground for McEwan’s elegance and eccentricity. Even cynics will find their assumptions altered by the unborn narrator. Besides, for all our grown up wisdom ‘Not everyone knows what it is to have your father’s rival’s penis inches from your nose’. 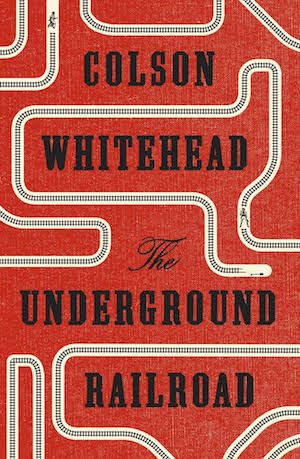 It’s the book that galvanised Barack Obama and Oprah Winfrey. If that’s not enough, take our recommendation too. Historical/fantasy fiction charting the hellish reality of slavery in the American civil war sounds like something you’d have to work up to reading. But from the first page The Underground Railroad is compulsive. Writer Colson Whitehead draws on harrowing histories and brings metaphor to life with a thrilling steampunk, sci-fi-worthy escape route. The genre-busting story of horror and hope follows Cora from a cotton plantation on a perilous journey, where each stop brings a new model of prejudice and abuse. It is harrowing, thought-provoking and, in the light of recent American political events, truly chilling. 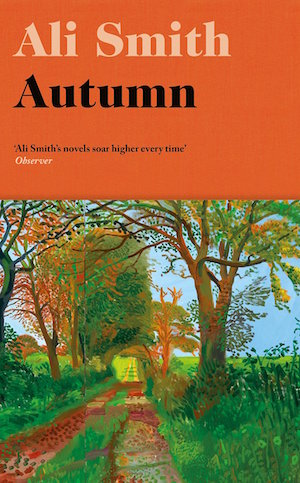 It was only a matter of time until Brexit broke into contemporary literature. But to write a novel exploring the June 24 referendum for October publication is impressive even by Ali Smith’s prolific standards. Autumn is the first in what will be a quartet of novels charting the seasons. But this is much more than just a paean to mellow mists or a lament for the EU. Smith’s ever inventive narrative focuses on the relationship between a young woman and her elderly neighbour, through a thread of art historical mystery. It slips and slides through time to return to the all too recognisable, politically volatile present. The imagery surrounding the leave campaign may lack the nuance of extensive reflection, but the stylish, stream of consciousness prose and playful storytelling is vintage Ali Smith.

Today Will be Different, Maria Semple 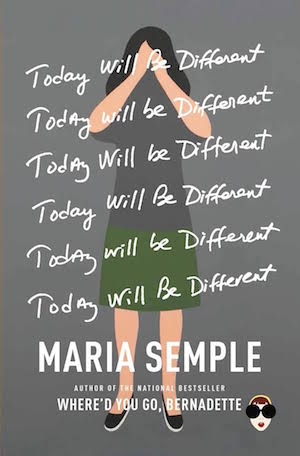 Maria Semple won us over with the delightfully droll humour in Where’d You Go, Bernadette. This sort-of sequel returns to Semple’s same stomping ground: a gifted creative, stifled by suburbia, motherhood and marriage. But it's a new story with new characters and the fast paced narrative crammed into one day, when our heroine Eleanor sees her best laid plans crumble. For all the sharp wit - and there's plenty - the authorial voice remains sincere. With vitality and honest in equal measure Today Will be Different is an enjoyable, escapist ready that's not short of substance. 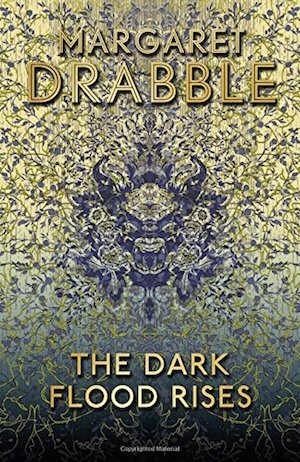 A novel revolving around death, hovering around different perspectives, swooping in on images of mortality with disarming detail… it sounds like a depressing prospect. Yet, The Dark Flood Rises illuminates the subject with thought-provoking clarity. Interwoven stories of ageing, disability and bereavement, all linking to sprightly septuagenarian Fran, are moving without feeling maudlin or mannered. Instead of plot, it is Margaret Drabble’s characteristically deft, dispassionate prose that propels the narrative. The result is a rumination on death as at once a shared and singular experience. It leaves you curiously invigorated. 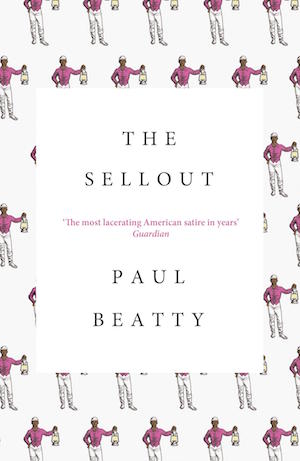 A black man stands before the US Supreme Court, on trial for keeping a slave: welcome to our post-racial America, as chewed up and spat out by this year’s Man Booker Prize winner Paul Beatty. Proving satire is alive and still audacious enough to make the worldliest reader gasp, The Sellout follows a narrator on a mission to save his hometown by reinstating slavery and racial segregation. It’s a prescient subject told with vigour, vim and comedic clout. Add a relentlessly zany prose style and The Sellout can be exhausting: it’s an all-consuming, idea-laden experience rather than an evening’s escapism. But it’s well worth bracing yourself for the sheer inventive clout of Beatty’s style and satire. 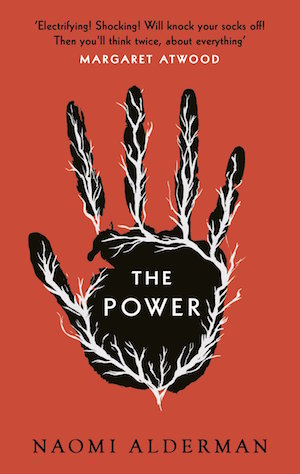 'Protégé of Margaret Atwood' was enough to pique our interest in Naomi Alderman and her chilling feminist dystopia The Power is at once a testament to the reigning queen of Sci-Fi and the sign of a bold new talent. Set in a world where women have ultimate power, administered via electrocution, it maintains an uneasy familiarity with our own society. Four different perspective give the prose a pacy, journalistic style that's all too easy to devour in a day. The examination of power and its implications is exhilarating as you read - the sobering as it sinks in and stays with you well after the final page. 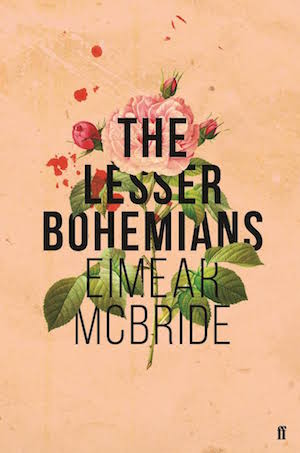 Eimear McBride transcends structures of speech and story to burrow deep into the mind of her protagonist with a twisting stream of consciousness that reads like a feminist 21st century James Joyce. In the multi-award-winning A Girl is a Half-Formed Thing it was an Irish girl coming of age while coming to terms with sexual abuse. In The Lesser Bohemians we experience the rapid-fire thoughts of another young woman finding her sexual identity. Eily comes from Ireland to London in the 90s to lose her virginity and begin ' Worldening'. As readers we live through the lurching nerves of attraction, tingles of infatuation and all the tenderness and violence of passion. The whole experience flutters from urgency to languid, lyrical interludes. It takes a good chapter or two to adjust to the experimental form (for some it will be too obscure). But, once the prose washes over you and the current of feelings carries you, it's an extraordinary experience.


Moonglow, Michael Chabon (out on 22 November) 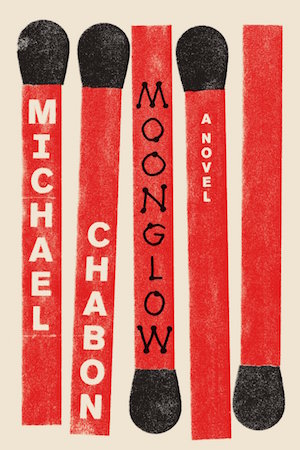 Pulitzer prize-winner Michael Chabon is the kind of writer who invites the phrase 'literary masterpiece'. But there's nothing lofty or self-satisfied about his prose. New novel Moonglow is a fictional memoir about the effects of war, which is based on the conceit that Chabon's grandfather revealed his lifestory shortly before death. During one dreamlike week of deathbed confessions, war desire and devotion unravel into an astonishing story entwining fact and fiction. It sounds complicated but actually this is a story about stories, shot through with love and humour and glowing with tenderness.