Winter is coming, and nothing says Christmas better than a tearjerking Christmas advert to warm your heart in the frosty season. Watch here... 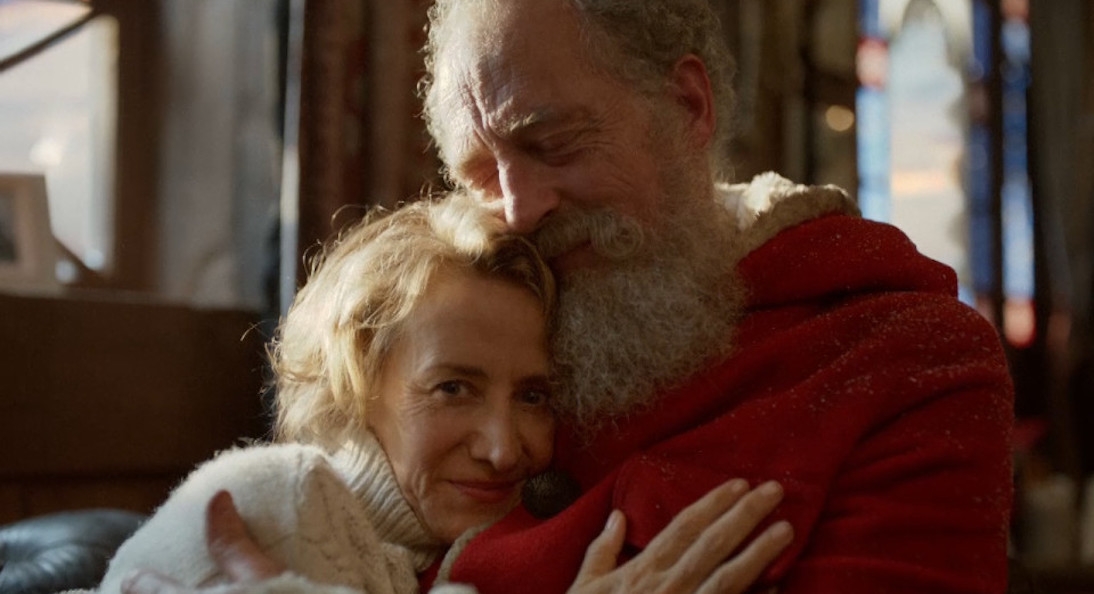 M&S Christmas Advert 2016
The Christmas advert has in recent years become as much a stalwart part of the Christmas countdown as advent calendars and carol singing. Last year we welled up over a lonely old man on the moon, and in 2014 there was the heartbreaking, and somewhat controversial, depiction of the Christmas truce in the trenches of France during the First World War.

This year, the Christmas offerings are bigger and better than ever, and once again are likely to make you shed a tear. With bouncing boxers, polar explorers and natural vistas Attenborough would be proud of, the bar has been set even higher in 2016's round up of the most festive films on the silver screen. Watch them all here:

Feeling frazzled? Stressed? Or maybe just a bit cranky? We prescribe 2 minutes of feelgood escapism with woodland creatures bouncing on a trampoline, a Boxer dog watching through the window and one very excited (very cute) little girl. It's the John Lewis Christmas advert released early to cheer everyone up. We think it's even sweeter than last year's, watch here:

It's almost hard to tell whether we're watching a Christmas advert or Planet Earth II with Watrose's festive film. It's got all the features of a cracker; a cute little one, an adorable fuzzy animal to route for, a heart wrenching soundtrack and stunning visuals. Will the little bird make it home in time for a mince pie?

Burberry: The Tale of Thomas Burberry

Burberry's festive film for the year is rather more like a trailer for a Hollywood feature than it is a Christmas advert. With a standout cast including Domnhall Gleeson, Sienna Miller and Lily James, it follows the young Mr Burberry as he sets out to begin the British fashion brand of legend. This film comes from Asif Kapadia, who brought us last year's Amy, so it'll be no surprise that there's blockbuster-worthy war, love, lust, heartbreak and ambition, and it'll make you wish there was a full length feature coming soon to a cinema near you...

Mr Claus gets all the praise this time of year. In celebration of the lesser appreciated half of the winter's premier family, Marks and Spencer have cooked up this delightful tale of sibling love and a woman on a mission. Will our littl'un get to show his big sister that he really does love her in time for Christmas day? It's all up to Mrs Claus...

Debate is raging over whether it's the Sainsbury's or John Lewis advert which takes the biscuit this winter. James Corden provides the vocals for this family-orientated Christmas spectacular, filmed with stop-motion techniques by the studios who brought us Fantastic Mr Fox back in 2009. Since it took 16 weeks to build the set alone, the least you can do is watch the advert here:

Mulberry: It's What's Inside That Counts

Mulberry's Christmas film revolves around a traditional British family and stars the Small New Bayswater in Macaroon Pink. The story comes out in two parts, with the second half of the story coming out in late November. The family tale is performed by delightful little ones and is written by Hugo Guinness, writer of The Grand Budapest Hotel. It's less bold than Burberry's offering, but much more traditional. Watch the trailer here:

John Lewis (or not): The Snow Globe

We couldn't not include this cute as a button offering from student Nick Jablonka, who created this mock John Lewis advert as part of his June A Level Coursework. It's an adorable animated tale of a snowman trapped inside a snow globe, waiting patiently on Christmas Day to come to be back with his snowy love. It'll melt your heart, watch here:

This heartbreaking tale of a Santa who forgets Christmas is narrated by no less than Stephen Fry, and delivers a powerful message about ridding the world of the tragic condition that is Alzheimer's Disease. It might not be cheery, but it is a tearjerker, and one that might make us think about what we can really give that matters this Christmas.

Heathrow: Coming Home For Christmas
The first foray into Christmas adverts by the London airport, this tale of teddy bears coming home for Christmas, is a gem. The arrivals have come home from their holiday and are waiting to be reconnected with their loved ones as Christmas approaches, you can't help but aww. Watch here: