From Elena Ferrante to Joël Dicker, the best foreign books translated into English to broaden your literary horizons 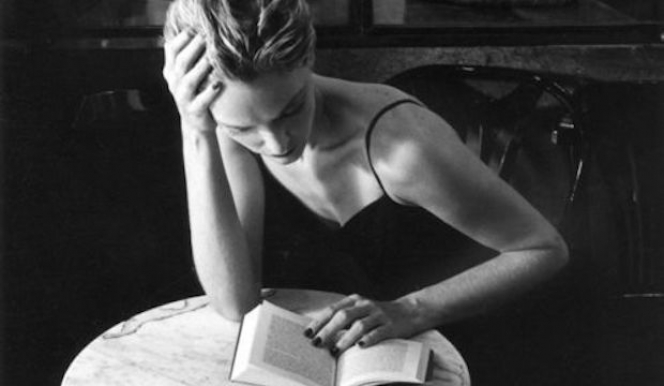 Best foreign books translated into English
It's a peculiarly British condition to limit reading to our native tongue. Blame it on our Island isularity or notorious ineptitude at mastering foreign languages. Europeans have always approached their reading material with a cross-pollination of cultures and you don't need to be a poly-linguist to read the very best new books from all around the world. Here's our guide to the most exciting new books translated into English.

The reclusive Italian writer, who uses a pen name and refuses to reveal her own identity, sparked what can only be described as Ferrante Fever with her irresistibly absorbing Neapolitan novels, My Brilliant Friend, The Story of a New Name, Those Who Leave and Those Who Stay and The Story of the Lost Child. The best-selling series had the whole world gripped, lost in the vivid descriptions of post war Italy, and deeply affected by the lucid tale of trust, tension and devotion between heroines Elena and Lila.

Now, Ferrante is our odds-on favourite to win the 2016 International Man Booker Prize for the final novel, The Story of the Lost Child. And, with the announcement of a Neapolitan novels TV adaptation, with which Ferrante herself will have creative involvement, Naples will be well and truly in the global spotlight. 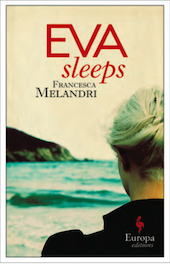 With all of the hype surrounding Elena Ferrante, once neglected contemporary Italian female writers are now more than ever in the literary spotlight. These include Dacia Maraini (The Train to Budapest) and Simona Sparacco (About Time) but in particular Francesca Melandri, a screenwriter whose first debut in English, Eva Sleeps, shines with filmic intensity.

A bestselling novel back at home and Elle Magazine’s book of the year, it's set in South Tyrol. But the local mountains signify more than just ski resorts; they hold a dark history, marked by the brutal annexation from Austria to Italy after world war one, and years of persecution of German-speaking minorities and of ensuing terrorism.

Protagonist Eva, a 42-year-old successful PR, knows this only too well. Born without a father, the only paternal figure she has ever known is Vito, a soldier from Southern Italy who came to the region to combat
terrorism whilst she was a child, and fell in love with Eva’s mother, the beautiful Gerda.

Decades later, Eva will receive a call from Vito, who announces that he is very ill. The trip that Eva will take to the tip of Italy, explores, in the writer's words, ‘fathers, fatherless-ness, fatherlands and what identity means’. 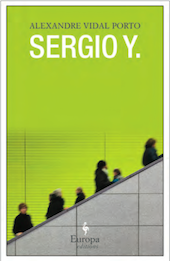 In this book on queer identity, Brazilian writer Alexandre Vidal Porto lays bare the complex relationship between patient and therapist, as well as the psychotherapist’s own torments in the course of analysis.

On the couch is Sergio Y, an ‘articulate, intelligent and confused’ 17-year-old boy who is unhappy without knowing why; therapist Dr Armando is one of Sao Paolo’s most renowned professionals. One day, Sergio Y abruptly ends the therapy and disappears. Eventually we find out that Sergio Y has fled to New York and become a woman.

Written in the first person, the novel is an especially eloquent exploration of the thoughts, hopes and anxieties of a therapist at work and afterwards. Equally important is the theme of what makes a transsexual transsexual and the subterranean process of self-discovery that will lead the protagonist to embrace his identity. The prose is as dry and precise as the notes of a clinician and it’s hardly likely that this book by the Harvard-trained lawyer will make for a runaway best-seller. For those interested by a refreshing approach to fiction and a jumble of intelligent thoughts on psychoanalysis, gender and happiness, however, Sergio Y is worth the read.

The Truth about Harry Quebert by Joel Dicker 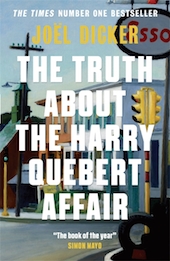 There’s an uncanny resemblance between Joel Dicker and the protagonist of his novel. In The Truth about the Harry Quebert Affair, Marcus Goldman is a 28-year-old, bestselling American author flummoxed by writer’s block; 30 years-old (27 at the time of writing) Dicker is himself a bit of a phenomenon, having sold more than 3 million copies with this thriller by the end of last year – and whose past lack of inspiration remains to be proven.

The Truth about the Harry Quebert Affair yet, fuses a fiendishly gripping murder mystery with a more deeply affecting consideration the very nature of writing. Struggling with the pressures of 'The Second Novel' Marcus seeks solace, support and an ego boost at the country house of his former professor and mentor, Harry Quebert. But the corpse of a 15-year-old girl has been discovered in the garden. And uncovering the thrilling mysteries of Quebert's illicit affair with this perplexing teenager provide all the inspiration any young writer could need. Each time you think you have a handle on the murder mystery momentum, the plots twists so stealthily that even when you manage to put it down, you'll still stay up late obessessing over plot details.

Second-hand time by Svetlana Alexievich
Published in May 2016 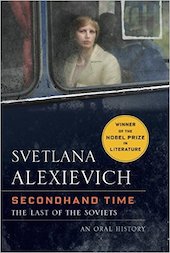 When the Swedish Academy awarded Svetlana Alexievich her Nobel prize, the panel recognised that the author had created ‘a new kind of literary genre’.

Neither a novel nor your standard documentary, Second-hand time, much like Alexievich’s other books, refines her characteristic polyphonic literary method. Dozens of interviews are interwoven together to retrace the human impact of a political phenomenon – in this case, expect nothing less dramatic than the collapse of the U.S.S.R.

Alexievich goes after every type of individual in modern Russian society with a view of capturing the contemporary soul of the country. Poets, marshals but also street-sweepers and common folks all stream through the journalist’s kitchen to hold serious conversations about Russia past and present. Where were they when the Soviet Union dissolved? How did this affect their lives and those of their relatives? And exactly what kind of man is emerging from the ashes of the socialist dream in 21th century Putin-ruled Russia?

The interviewing pattern is always the same: a couple of hours, if not more, into the conversation, the public narrative made up of the stories of others and newspaper clips slowly unravels to give way to the core of the interviewees’ personal memory. Then, Alexievich puts the voices together in her works, which include up to this day Voices from Chernobyl: The Oral History of a Nuclear Disaste

We’re looking forwards to scrutinising Russia’s soul in what promises to be one of the finest literary kaleidoscopes that Alexievich has conceived as well as her first work since the receipt of her award. 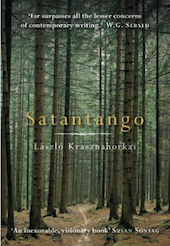 Satantango by Bela Tarr is one of the Everests of cinema. The film lasts seven hour and a bit and mostly consists of long, melancholic, black and white shots of a communist village brought to a standstill.

The book that inspired it boasts just as slow a pace. Again, long, erring sentences forever unfolding like an endless conversation. All the same the plot by the winner of the 2015 International Booker Prize lacks none of the thrill of a noir – the narrative revolves around a communist village in Hungary in which life has slowly been sapped by bureaucracy and bleak ideals. People are leaving by dozens. Until Irmias, a potently charismatic figure, arrives, seduces and sets out to swindle the villagers of their remaining money.

Literary heavy-weights such as W.G Sebald have said that the book ‘far surpasses all the lesser concerns of contemporary writing’ and Susan Sontag wouldn’t mind spending the rest of her life watching the film every year. 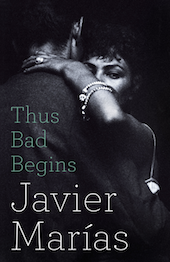 There has been no shortage of praise for Javier Marias in the last years. Hailed among others as perhaps the greatest ‘novelist alive in Europe’ by the Independent and a ‘writer of genius’ by the Spectator, the Spanish writer has also incidentally been showered with international literary prizes, including the prestigious Dublin IMPAC award for A Heart so White.

The fact that he is relatively unknown in the UK is all the more puzzling when we know what a great influence England has played in his writing. The title Dark Back of Time, comes form Shakespeare’s The Tempest. and Tomorrow in the Battle Think on me is a quote from Richard III. In general Javier’s prose gives the impression of having been penned under a cloudy sky; his long sentences are under punctuated and full of self-doubt – a style contrasting neatly with the stereotypes of hot-blooded Spaniards à la Lorca.

The book Thus Bad Begins is both about the period of the Spanish transition from the Franco dictatorship to democracy and the lies and deceptions of an unhappy marriage. Juan de Vere is 23 years old when he takes on the position as an assistant for the renowned, urbane film director, Eduardo Muriel. The latter’s wife, Beatriz, clandestinely comes home at night after having spent the day under the sheets with various lovers. On the periphery of this unhappy union stands Dr Jorge Van Vechten, the couple’s friend and a shadowy figure implicated in unsavoury rumours dating back from the civil war, which Juan will eventually be asked to investigate.

Critics have compared Javier Marias to the good and the great including Nabokov and Faulkner, but we think there’s a lot of the Argentinian intellectual Borges (also a great Shakespeare fan) to him, too.